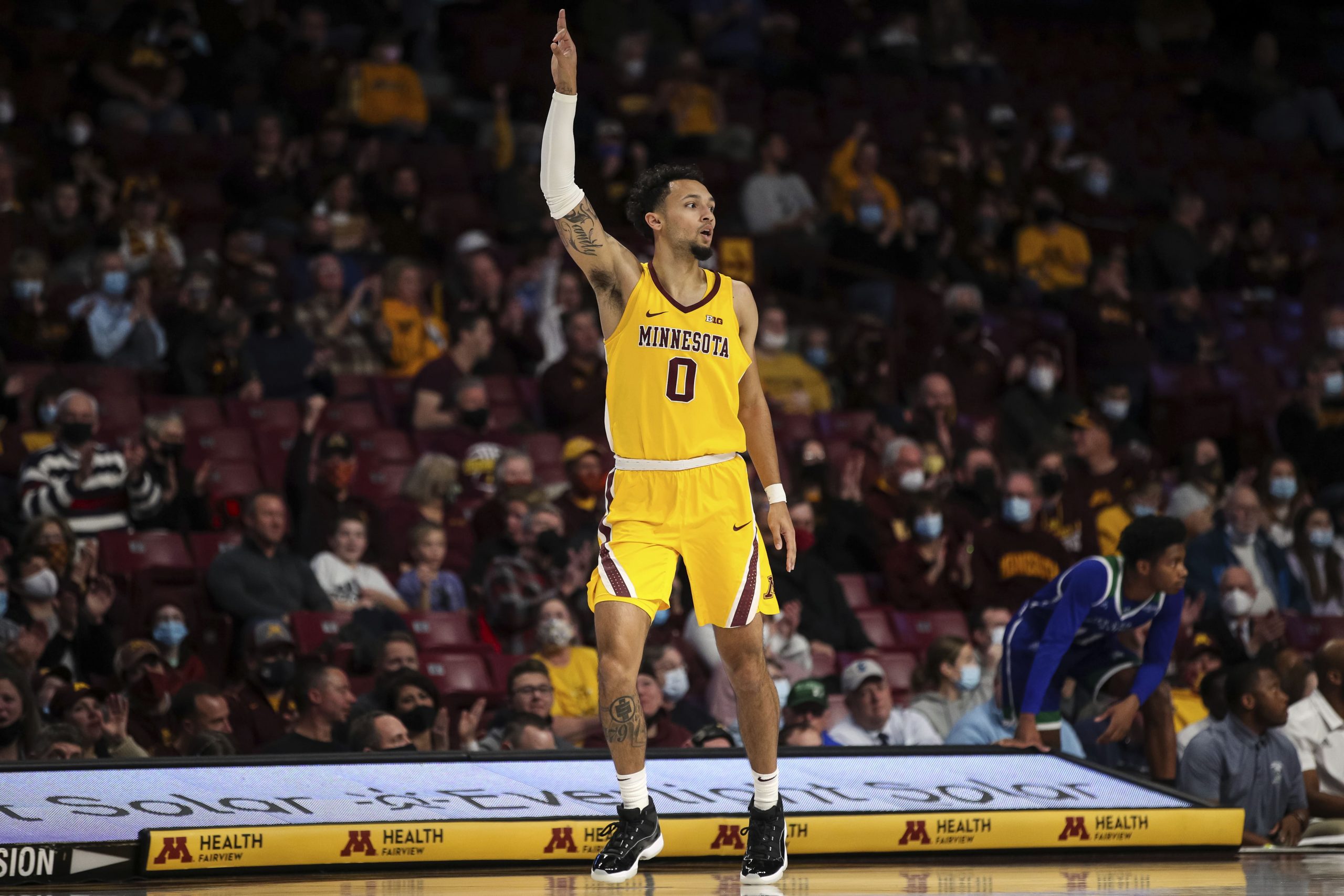 Conference play is officially in full swing, and we have a small but solid college hoops slate on Sunday. What better way to celebrate than by going for a big payday? That’s right; we’re back with another mega parlay, college basketball edition. We’re going big and bold again, so let’s not waste any more time.

But before we dive in, don’t forget to check out our free picks on the side and total for every big NCAAB game

Give me the Minnesota Golden Gophers to start this mega parlay. Minnesota has lost three in a row, but that doesn’t tell the full story. The Golden Gophers just had to play three really tough games, and right before that they were 10-1. Most recently, they lost by only two points on the road against #10 Michigan State. Now they’re at home against an Iowa team that has lost three straight on the road.

In their most recent road game the Hawkeyes lost by nine to Wisconsin, and in their one before that they lost by 20 to Iowa State. The Golden Gophers should be able to contain Keegan Murray, and they spread the ball around well on offense. Last time out against MSU, Minnesota had four different guys who all had at least 13 & 5.

I’m going to a much more low profile spot for the second leg of this parlay. To the MAAC we go. Canisius had a tough early go of it this season, but they’ve been turning it on lately. The Golden Griffins have won three of their past four games, including an impressive won over Buffalo. They also dropped 97 in a recent win over Florida Gulf Coast. Importantly, all three of those wins came against teams ranked higher by KenPom than Manhattan.

And the Jaspers, who are coming off a double-digit loss to Iona, simply aren’t anything to be afraid of. Incredibly, Manhattan ranks 2nd in Kenpom’s luck factor. That means they’ve been the second-luckiest team in all of college basketball. Almost all of their wins have been close games, and they’re due for some regression.

To wrap this mega parlay up and hopefully bring us home, I’m rolling with Georgetown. The Hoyas are shorthanded at the moment, and it’s unclear if they’re going to get guys like Dante Harris and Donald Carey back. If they do, then I love Georgetown catching this many points. But even if they don’t return, they should still be able to keep this one within the number. Talented freshman Aminu Mohammed, already the team’s leading scorer, will be out there in an expanded role.

And senior Kaiden Rice is shooting 40 percent from deep on high volume. But above all else, St. John’s just isn’t playing very well at the moment. The Red Storm have lost back to back games and three of four. Their only recent win came by just 5 points against DePaul.