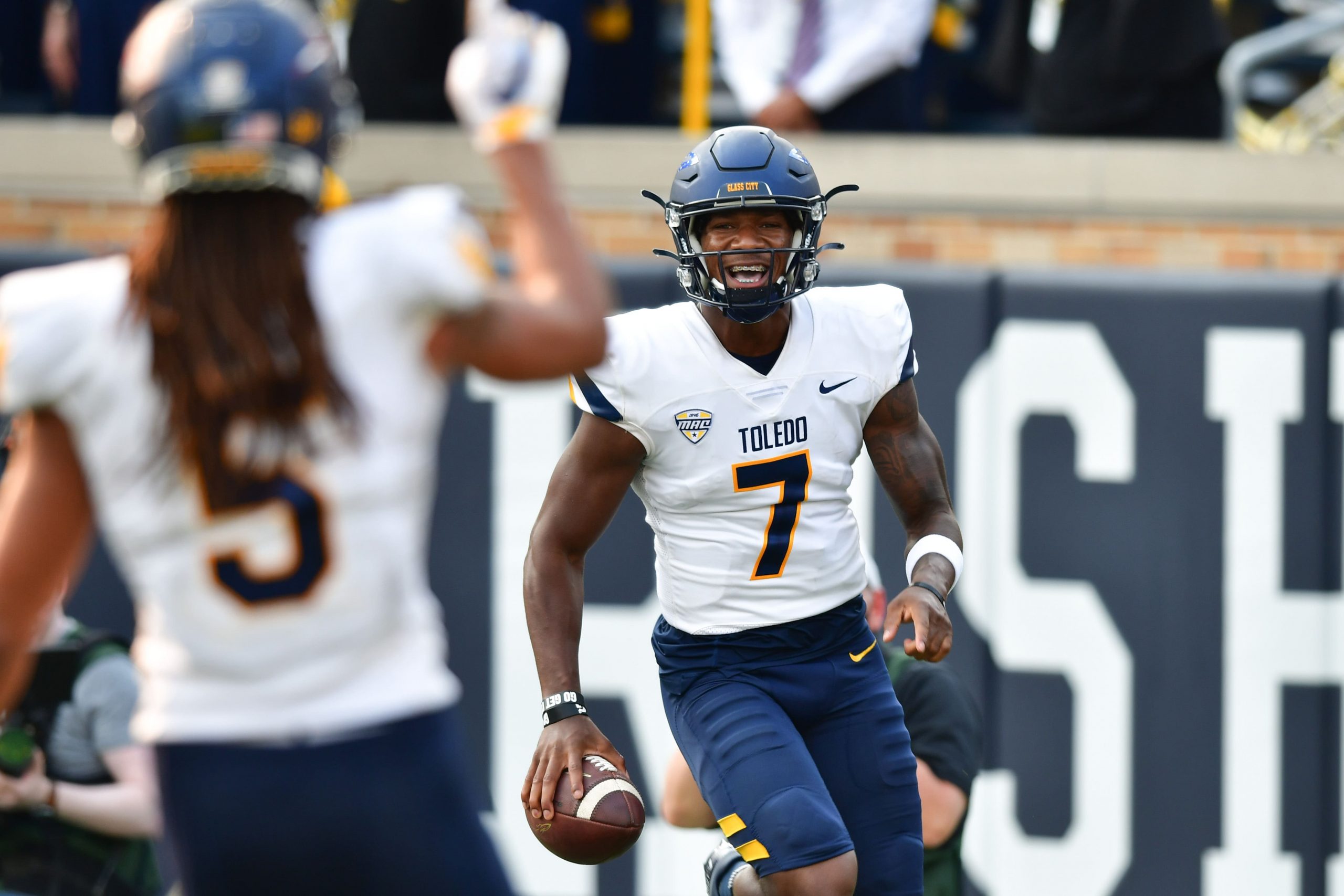 Bowl season is here! The first college football bowl games take place on Friday, and we have a pair of interesting matchups to watch unfold. The action gets started as Middle Tennessee takes on Toledo in the Bahamas Bowl at noon ET on ESPN. Later in the evening, Northern Illinois goes up against Coastal Carolina in the Cure Bowl at 6:00 p.m. ET on ESPN2.

It’s only natural that we spice things up with a little betting action. We are bringing you a pair of our best bets for these 2 bowl matchups, and breaking them down here in this article. Along with these plays, don’t forget to check out our full game previews for each college football bowl game. You can also follow Pickswise and myself on Twitter for plenty of betting content covering all sports.

The Toledo Rockets should be able to cover the -10 spread against the Middle Tennessee Blue Raiders. The Rockets were the highest scoring team in the MAC this season, as they averaged 34.2 points per game. Toledo relies heavily on its running game, which should bode well for it in the windy conditions of the Bahamas. Constant winds over 15 miles per hour are expected, which could put a damper on both team’s passing attacks. The Rockets’ run game is led by Bryant Koback, who is the 11th-leading rusher in the country. He ran for 1,274 yards and 15 touchdowns during the regular season. As a team, the Rockets ran for 193.2 yards per game and averaged 5.3 yards per carry. They should be able to have a strong day on the ground against a vulnerable Blue Raiders defense.

On the other side of the ball, the Blue Raiders’ glaring issue is at the quarterback position. Middle Tennessee’s starting quarterback, Chase Cunningham, suffered a season-ending injury a couple of weeks ago. After that, backup Bailey Hockman left the team and third-stringer Nick Vattiato got benched in the Blue Raiders’ last game. It is hard to predict who will be under center for Middle Tennessee and that is a problem considering how reliant this team is on its passing game. The air attack could also be in trouble due to the wind that is supposed to be swirling during the game. Toledo is the more well-rounded team and this program typically shows up for bowl games.

Be sure to check out our full game preview for Middle Tennessee vs Toledo.

The Cure Bowl in Orlando, Florida could end up being one of the best bowl matchups on the schedule. A pair of very good group of 5 programs square off as Northern Illinois plays Coastal Carolina. The Chanticleers own an impressive 10-2 record, but they went just 6-6 against the spread during the regular season. Meanwhile, the Huskies posted a record of 9-4 and went 8-4-1 against the number. Northern Illinois is playing with some momentum, as they defeated Kent State in the MAC Championship game on December 4. It’s hard to believe this Northern Illinois team went 0-6 last season.

One aspect of Northern Illinois’ game that should help it out against Coastal is its ability to control the clock. The Huskies are 10th in the country in time of possession, as they average 33:03 with the ball each game. They have a well-rounded rushing attack that features 5 different runners who have gained at least 400 yards this season.

Coastal gets it done with their efficient passing attack led QB Grayson McCall. He has completed 73 percent of his passes on the year and has thrown for 23 touchdowns. However, Northern Illinois recently faced a similar style of offense. In the MAC Championship, Northern Illinois went up against Kent State’s high-powered attack and held them to 23 points and limited possessions throughout the game. Look for the Huskies to try to keep the same approach in this one. Don’t be surprised if they make this one interesting.

Be sure to check out our full game preview for Northern Illinois Huskies vs Coastal Carolina Chanticleers.