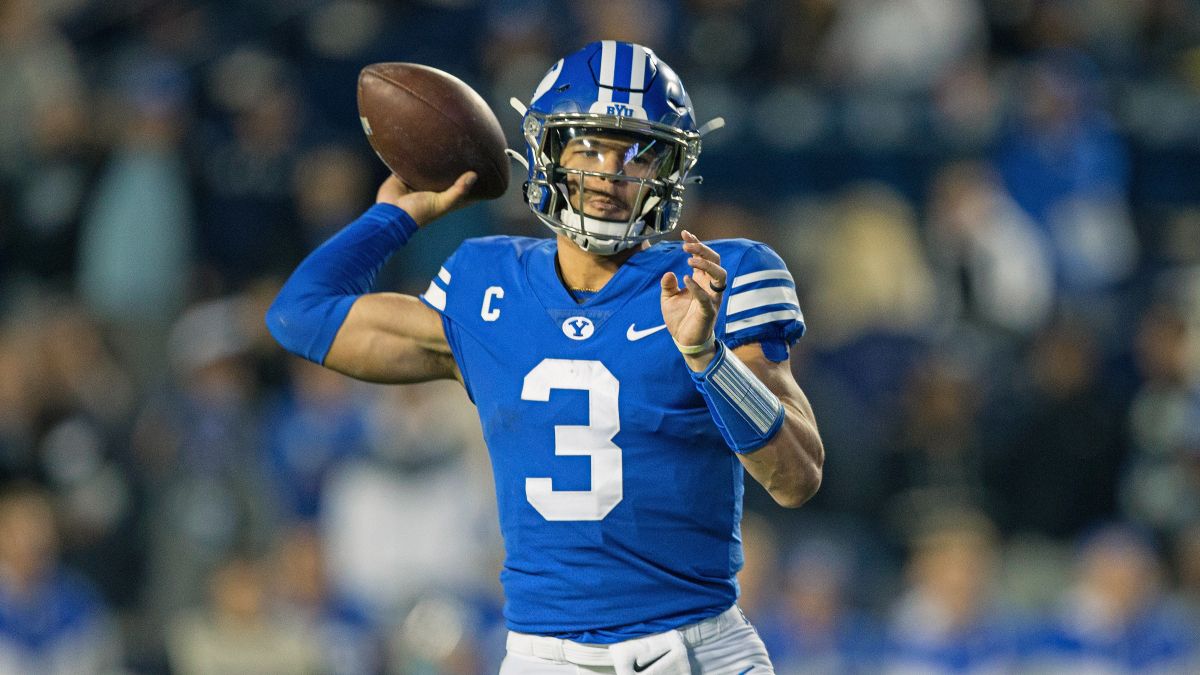 College football bowl season has arrived! A pair of games got the action started on Friday, and Saturday brings us a larger slate of 6 games. What a time. Our team is locked and loaded with picks for the side and total for each bowl game, so be sure to check those out for plenty of great intel.

In this article we are breaking down 3 of our best bets for Saturday’s bowl slate. It is sure to be an eventful and exciting day, so let’s dive right in:

The BYU Cougars finished the regular season ranked as the No. 13 team in the country. With a record of 10-2, BYU can finish the season with consecutive 11-win seasons for first time since 2007. When the Cougars won during the regular season, they tended to win big, as 8 of their 10 wins this season came by 7 points or more. They find themselves as 7-point favorites in this one, and they are the recommended side to back.

BYU head coach Kalani Sitake is 3-1 in bowl games, and the last 2 wins have come by 31 and 26 points. The Cougars have a fantastic QB/RB combo with Jaren Hall and Tyler Allgeier. Together they lead a well-balanced attack that can make things happen in a variety of ways. The Blazers might need to be near perfect in order to hang around with the Cougars. That may be difficult considering that UAB commits a ton of penalties. They are flagged 9.3 times per game (second-most in the country), and their 91.7 penalty yards per game are the highest in the nation. That is not a good recipe for success against a well-balanced BYU offense that should be very physical up front. Back BYU.

The Louisiana Ragin’ Cajuns play a very structured style of football. They are great defensively and use the run game to control the clock while on offense. Look for the Cajuns to control the tempo of this one and do a good job of getting their defense off the field on 3rd downs. The Cajuns rank 11th in the country in scoring defense, allowing just 18.2 points per game. That is a big reason why the under was 10-3 for them in the regular season. Marshall has been prone to turning the ball over, so Louisiana should be looking to make QB Grant Wells uncomfortable. He threw 12 interceptions in 12 games this season.

Offensively, Louisiana has not turned the ball over in any of their last 4 games and they have committed just single turnover in their last 6 games. They will look to methodically move the ball down the field while taking care of the ball. Don’t expect a lot of long-bombs down the field from the Cajuns. Instead, look for them to establish the run and get QB Levi Lewis going with some short, high-percentage throws. That being said, Marshall’s defense does a good job of getting into the backfield, so they could create some negative plays in this one. Overall, Louisiana’s style of play is more favorable to the under, so that is the recommendation.

Led by QB Bailey Zappe, the Hilltoppers boast arguably the best passing attack in the nation. Zappe needs to throw for 288 yards in his final game to break the all-time NCAA passing yards record (and 5 touchdowns to break that record). The playbook should be wide open for the veteran quarterback. Western Kentucky has totaled 41 or more points in 8 of their last 9 games and the Hilltoppers are second in the nation in standard-down success rate. Long story short, this offense knows how to put up points.

App State’s offense is much more hit-or-miss. The Mountaineers do run the ball extremely well, and controlling the line of scrimmage shouldn’t be an issue against a Western Kentucky defense that struggles to get stops. However, if App State trails early and QB Chase Brice needs to consistently make big-time throws, the Mountaineers’ chances of winning and covering will take a considerable hit. Conversely, the Hilltoppers are never out of it with their elite passing attack that can score in a hurry. It’s also worth noting that WKU went 5-1 ATS in their last 6 games of the regular season. The Hilltoppers +3 is the play. Consider sprinkling the moneyline +120 as well.