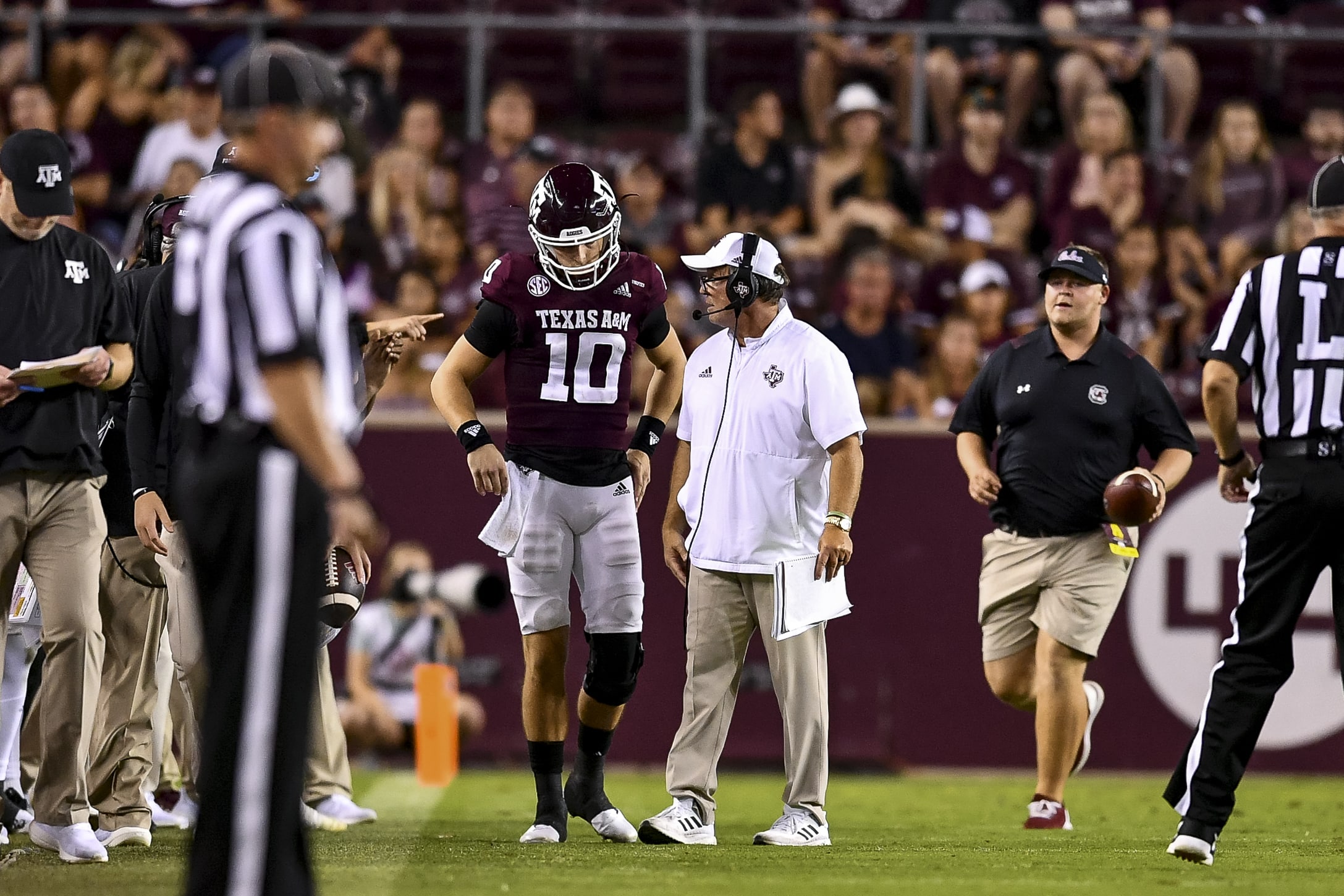 The college football season is officially approaching the home stretch. We’ve got a good idea of where things stand now, and it’s time to turn our attention to the Week 10 slate. We’ve been spoiled with some great slates in recent weeks, so this might be a tad disappointing. This week, there is only one matchup between two ranked teams. But it’s a good one in the SEC, as the #13 Texas A&M Aggies host the #12 Auburn Tigers

Both teams need to win this game to have any hope of getting past Alabama and into the SEC Championship Game. Which team will emerge victorious from this afternoon kick? Let’s take a look at what could be in store for this SEC West rivalry game.

But first, don’t forget to check out our NCAAF picks page, where we’ll have free picks on the side and total for every big game this weekend!

It’s been a rollercoaster of a season for Auburn. They entered the season with high hopes and expectations after a disappointing 2020 campaign. An early loss to Penn State in the non-conference slate dealt them a tough blow, and the following week they barely managed to squeak past Georgia State. Things got so bad in that game that quarterback Bo Nix got benched. When they got pummeled by Georgia a couple of weeks later, it looked like their season was just about done. But suddenly, a switch flipped.

The Tigers pulled off back-to-back huge victories over ranked Arkansas and Ole Miss teams, with each win coming by at least 11 points. Out of nowhere they have a ton of momentum, and Nix is playing extremely well. The defense has been just as impressive, as last week they held Matt Corral and Ole Miss’ highflying offense mostly in check, limiting them to just 20 points. Auburn now has wind in their sails, and they control their own destiny in the SEC West with a game against Alabama in the regular-season finale looming.

Auburn isn’t the only team in this showdown that has experienced a sudden resurgence. Texas A&M is in a pretty similar boat. Even with long-time quarterback Kellen Mond departing for the NFL, the Aggies started the year ranked 6th in the AP poll. They immediately face-planted once conference play started, losing back-to-back games to Arkansas and Mississippi State. Jimbo Fisher’s squad fell out of the top 25 entirely, and just when it looked like they were buried the unthinkable happened.

In one of the biggest upsets of the season, the Aggies shockingly took down #1 Alabama. They’ve followed up that performance with wins over Missouri and South Carolina. Haynes King began the year as the starting quarterback, but he was hurt in the second game and it’s been redshirt sophomore Zach Calzada under center ever since. Calzada has been serviceable enough, but it’s been the ground game carrying Texas A&M. Running backs Isaiah Spiller and Devon Achane are both averaging over six yards per carry this season, and Achane is at 7.1. Getting the rushing attack going will be key to this game.

Auburn is a 4.5-point dog, but they shouldn’t be. The Tigers have strung together multiple impressive performances, while Texas A&M pulled off one narrow fluke win over Alabama. It’s a flashy win, but the Aggies are getting too much credit for that victory. Outside of that one game, they haven’t beaten anyone of note in the entire season. Calzada is completing only 55% of his passes, with 12 touchdowns and 7 interceptions.

Texas A&M has to rely on their ground game, but they’ll be facing a stout Auburn defensive front that allows only 3.5 yards per rush attempt. Nix has been the much better passer lately, and Auburn’s momentum is much more sustainable. I’m taking the points, and I’ll also be backing the Tigers on the money line.