Breaking down the biggest games of this week's college football slate: Bowl season is here 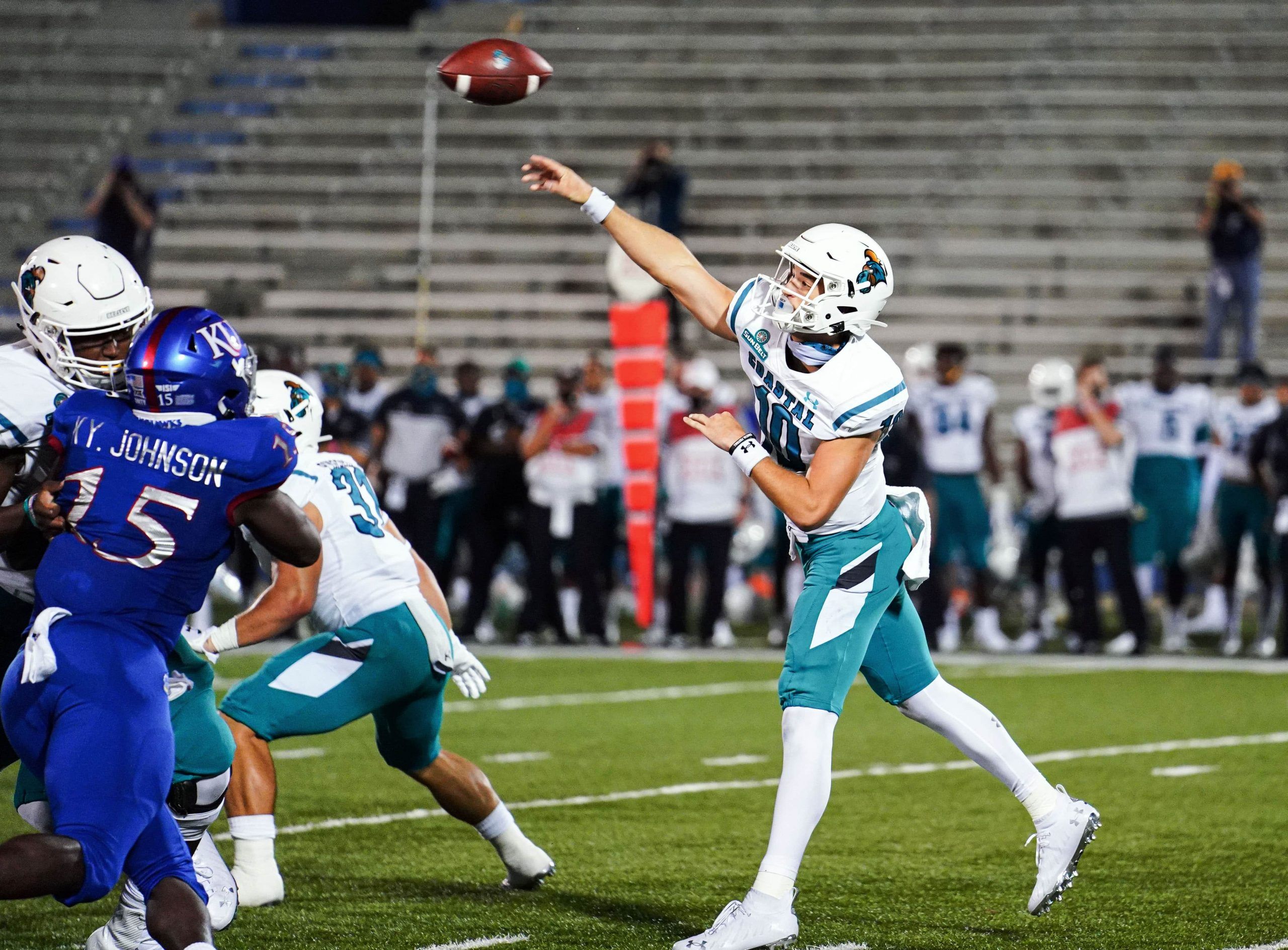 The 2020 college football regular season is officially in the books. It went by in the blink of an eye, but fortunately that just means that bowl season is getting started. A lot of bowls have been canceled in this year unlike any other, but we’ve still got plenty of great games in the days and weeks to come.

The playoff won’t start this week, but there are some great matchups that aren’t part of the New Year’s Six. Let’s take a look at a few of them:

Coastal’s undefeated season wasn’t enough to get them into the NY6, and unfortunately their Sun Belt Championship Game against Louisiana was canceled due to COVID-19. They already made one statement with their upset win over BYU, and now they’ve got a chance to make another against a 9-1 Liberty team. The Flames were one of the best stories in college football this season, most notably pulling off an upset of Virginia Tech.

Both of these teams are scrappy underdogs who feel disrespected, so this should be a fun one. Liberty’s offense turned into a juggernaut under Hugh Freeze, and dual-threat Malik Willis is electric to watch. He leads the team in rushing and passing, and is pretty much a one-man wrecking ball.

Ah the Cheez-It Bowl, how we’ve missed you. This year’s iteration will feature an interesting ACC vs. Big 12 matchup. Oklahoma State is a favorite of less than a field goal, so this should be a tight one. The Cowboys got off to one of the best starts in program history this year and made it as high as sixth in the polls before everything came crashing down. They went just 3-3 in their final six games, alternating strong performances with duds.

Which version of Mike Gundy’s team will show up here? It’s anyone’s guess. Miami went 8-2, but their season wasn’t as good as that record might suggest. There’s a reason why the Cowboys are favorites despite their struggles down the stretch. None of the Hurricanes’ eight wins were particularly impressive, and in their two real tests against Clemson and North Carolina they got blown out. That being said D’eriq King is a dynamic talent, and he can light it up at any time.

The Longhorns’ season got off to a disappointing start, but they managed to close the season strong and save Tom Herman’s job by winning four of their final five. Can they keep that momentum going here? Colorado was expected to be pretty bad this season, and they turned out to be a pleasant surprise while finishing at 4-1 in the first year of the Karl Dorrell era. Oddsmakers have the Longhorns as a double digit favorite, but they certainly aren’t immune to laying duds.

That being said Colorado was probably a bit fortunate to finish 4-1, as their first two wins were both very narrow and their last one came against a completely inept Arizona team. In their regular season finale they got crushed by Utah. Because of the NCAA’s unprecedented COVID-19 waivers Sam Ehlinger could return for a fifth year next season, but it’s also possible this is his last game as a Longhorn after a long and decorated career.