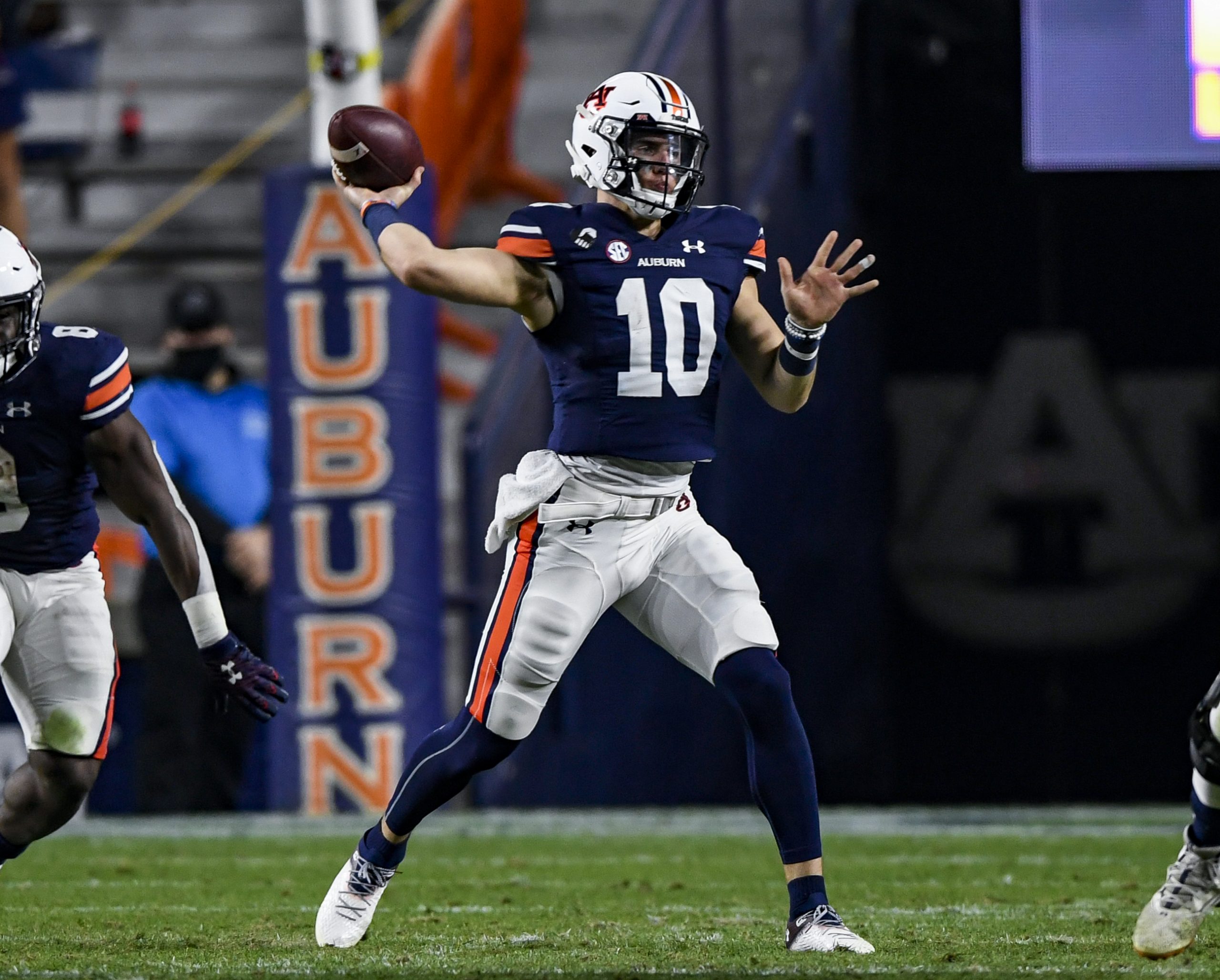 The college football season is officially approaching the home stretch. It’s been a great ride so far, and now it’s time to turn our attention to the Week 10 schedule. This week we only have one matchup featuring two ranked teams, as #13 Texas A&M hosts #12 Auburn. That doesn’t mean there aren’t lots of other exciting showdowns though. Elsewhere, Oregon will look to keep the PAC 12’s hopes of getting a team into the playoff alive, while #10 Wake Forest is an underdog against North Carolina as they try to keep their perfect season going.

As always, there are plenty of betting opportunities to be found. Let’s take a look at the opening lines for Week 10:

It’s never too early to look ahead toward the betting slate once the lines have come out. So without further ado, let’s dive into the numbers and discuss some potential opportunities on which to capitalize (lines courtesy of FanDuel Sportsbook).

Like I mentioned above, the ‘biggest’ game on the slate is the Auburn @ Texas A&M matchup. The Aggies need to win this game if they want to have any chance of winning the SEC West. If they pull it out here it’s possible, since they have the head-to-head win over Alabama. This week’s opening lines make it very clear that oddsmakers feel Wake Forest is overrated. The Demon Deacons are undefeated and the #10 team in the country, but they’re an underdog against a 4-4 North Carolina squad. That tells us everything we need to know.

In terms of where I see value in these early lines, my eyes went right to Penn State -10.5. The Nittany Lions have fallen apart after they got off to a scorching hot start, but I think their three-game losing streak is a bit misleading. Two of the losses were on the road in close games against Iowa and Ohio State. Quarterback Sean Clifford got hurt in the Iowa game, and he’s only now starting to get fully healthy. Last week Penn State beat everyone’s expectations, as they almost beat the Buckeyes outright as a massive underdog. They’re a team I’ll probably be looking to buy on moving forward.