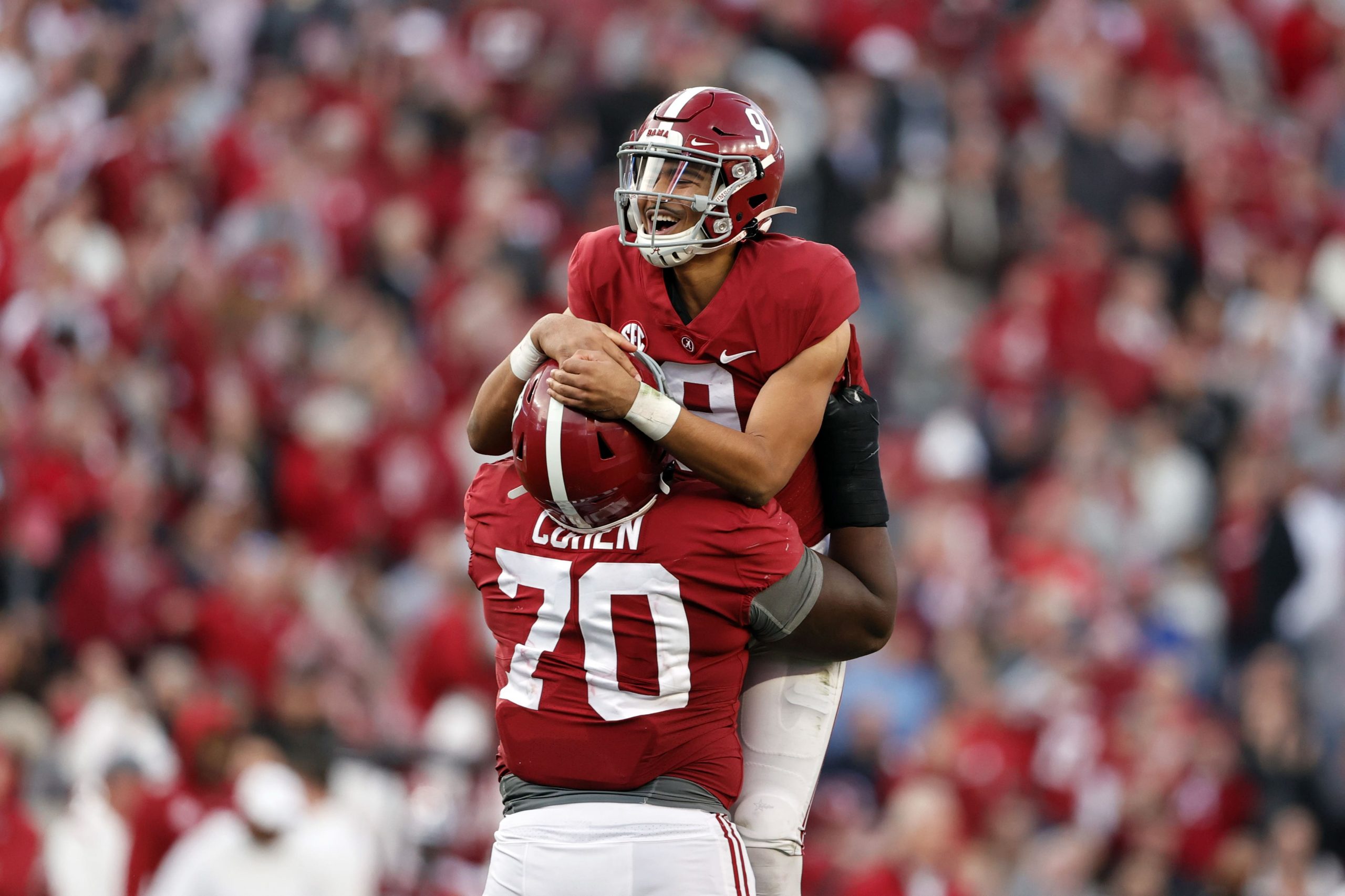 Week 12 of the college football season has come and gone, and there are a number of storylines worth keeping track of. The Heisman race appears to be down to 2 names, as Alabama’s Bryce Young and Ohio State’s CJ Stroud both had monster days. With all that went down, let’s take a minute to reflect on what transpired this week on the college football gridiron and what it means moving forward.

Stroud and Young both have monster days

The Heisman conversation got very interesting this weekend. Alabama QB Bryce Young and Ohio State QB CJ Stroud both put up monster numbers, and they are the names that are generating the most buzz for the nation’s top individual award. Young broke Alabama’s single-game passing record with 559 yards through the air against Mississippi State. He also threw 5 touchdown in the Tide’s 42-35 win. Stroud shredded Michigan State’s secondary to the tune of 432 yards and 6 touchdowns en route to a massive 56-7 win for the Buckeyes. It should be noted that Stroud did not play the majority of the second half.

DraftKings has updated their Heisman odds in Stroud’s favor, as he is -200 to win the award. He was +300 just a week ago. Young is currently listed at +140. The gap after that is a wide one, as the player with the third-best odds is Ole Miss QB Matt Corral at +1800. Stroud and the Buckeyes take on arch rival Michigan next week, while Young and the Tide make a trip to Auburn.

The Oregon Ducks entered this weekend ranked as the No. 3 team in the country in the latest College Football Playoff rankings. That is surely going to change in this week’s rankings. The Ducks fell to the Utah Utes by a score of 38-7. It was Oregon’s worst loss as a top-5 team in school history.

Oregon’s drop opens the door to some very intriguing possibilities. Most notably, there is a strong chance that No. 5 Cincinnati enters the top 4. The Bearcats routed SMU 48-14, and it will be interesting to see where the committee places the Bearcats in this week’s rankings. One thing’s for sure, if Cincinnati is going to be the first non-Power 5 team in the College Football Playoff, they need to take care of business next week on the road against an East Carolina team that has won 4 straight games.

Georgia remains the clear favorite to win it all, as the Bulldogs are -120 to be the national champions on DraftKings. Ohio State is +300, Alabama is +400, and Cincinnati is +3500. Oregon has plunged to +10000 after their disappointing performance against Utah.

The UTSA Roadrunners may not be in the College Football Playoff conversation, but they are putting together a magical season. In one of the more dramatic finishes of the weekend, the Roadrunners moved to 11-0 on this touchdown with just seconds remaining:

UTSA has a chance for a perfect regular season next week against North Texas. The Roadrunners have also clinched a spot in the C-USA title game.