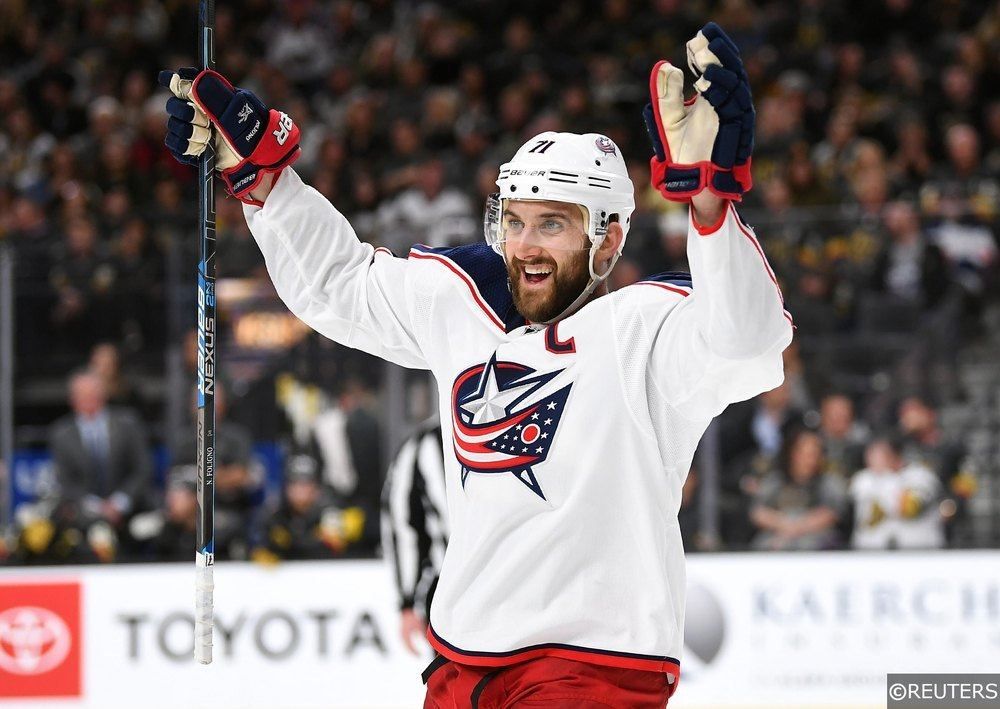 The Columbus Blue Jackets had a pretty successful season in 2018-19 as they made the playoffs for the third consecutive season. Not only that but the jackets may have accomplished one of the greatest feats ever as they were able to not only knock off arguably the best team in the NHL the Tampa Bay Lightning but they swept them in four games. Columbus reached the second round for the first time in team history, but their magic ran out as they fell to the eventual Eastern Conference champion Boston Bruins in six games. The Blue Jackets were the final team into the playoffs on the Eastern side as they were the second and final wild-card spot after finishing fifth in the Metropolitan Division. They showed that division is a legitimate threat with five to six teams that could easily make a strong playoff run. Columbus has a short history, but last season was one of their most successful when it comes to the playoffs.

Cam Atkinson was able to give the Blue Jackets an edge in 2018-19 as he led the team in goals finding the net 41 times. Artemi Panarin led the charge in both assists and points as he notched 59 assists and 87 points, while also contributing 28 goals as well. Sergei Bobrovsky continues to perform at a high level in the net, as he was able to post 37 wins for the second consecutive season. Int total Columbus had five skaters finish with over 20 goals on the season.

Like the Carolina Hurricanes Columbus was knocked out of the playoffs by the Boston Bruins, only their exit was two rounds earlier. The Blue Jackets had a high scoring attack last season, and luckily for them, 12 of the top 13-point scorers return in 2019-20. The departure of Artemi Panarin will play a role as Columbus will have to fill a hole, free-agent signee Gustav Nyquist should fill some of that gap, but the team will have to lean on some of their younger players. The defensive unit should be one of the strongest and should help keep this team in contention.

Oddsmakers have the points total for the Blue Jackets at 84.5. Columbus finished only one point behind the Carolina Hurricane for the first wild card spot last season finishing with 98 points. The last three seasons have been strong when it comes to total points for the Blue Jackets as they have had no less than 97 points in each of those seasons. In 2016-17 Columbus had their best point total in team history when they finished with 108 points.  The last two seasons have been right on the edge of a similar feat, but they took a step back finishing fourth in 2017-18 and finishing fifth in 2018-19 respectively. It was a two-win increase from 45 wins in 2017-18 to 47 wins last season.

Of the teams that made the playoffs last season, the Blue Jackets were third highest in goals scored in the Eastern Conference, netting 258 goals. Columbus played some of their best hockey om the final three months of the regular season and had an outstanding road record in February where they went 5-1 away from home. The Tampa Bay Lightning looked far superior to anyone heading into the playoffs last season, but that proved to be wrong, as they were swept in four games by this hungry Columbus group. That is why the Blue Jackets finishing with over 84.5 total points is a good play.

Odds to Win the Metropolitan Division: +2500

The Capitals, Penguins like usual stand in the way of the rest of the teams in the Metropolitan Division. But like the Carolina Hurricanes, the Columbus Blue Jackets are hungry to dethrone the kings of the division. The Blue Jackets don’t quite have as good of odds like the Hurricanes have, but time will tell. Columbus proved they can make some magic happen after sending the favorite to win the Stanley Cup home in the first round in last season’s playoffs. If theirs a team that could make something happen when doubted it is this Columbus team.

The Blue Jackets finished fifth last season, but they should be able to replicate that finish, or even finish better than that. The best this team has finished was third in the division on two occasions. I like this team to reach the playoffs again but avoid the Blue Jackets to win the Metropolitan.

For a team that hasn’t made it past the second round of the playoffs, it just doesn’t seem like they will suddenly make it to the Conference Finals. This is also a team that has only made the playoffs five times in their short history. They have made it three times in a row since 2016-17. However, they are destined to fail when they have to play the top teams from the Atlantic Division every time, as they were the last seed in the Eastern Conference last season. They shocked the world by taking the Lightning out, but success past that is bound to not happen when consistently playing some of the best teams in hockey in the first and second rounds. Like said before making the playoffs is reachable. Winning the Eastern Conference is going to take a lot of struggle by teams elsewhere, stay away.

How many times will this need to be stated, the Blue Jackets haven’t even made it past the second round, so trying to make a judgment on this team winning the Cup, doesn’t even seem logically needed to be discussed. However, some luck could be on their side, as new champions have been a trending thing the last two seasons, as both seasons resulted in first time Stanley Cup Champions. Columbus is comparable to the St. Louis Blues as one of those teams who is in place that doesn’t quite seem capable of winning the cup. So, you might say what’s the point here, well underdogs have had some good luck in the NHL a lot lately. I don’t like Columbus’ chances here at all.