It’s game one in the NHL Playoffs for the top-seeded Nashville Predators as they play host to the Dallas Stars to open the 2019 Postseason. These teams know each other well as they met five times during the regular season and each come from the Central Division. The Predators were able to win three of those five meetings this season. The Stars are 3-8 in their last 11 games against Nashville. The team’s face-off in three times in February with the Predators winning two of those games in a row. Only once did the Stars beat Nashville at Bridgestone Arena in the teams last 10 head-to-head meetings.

That home loss for Nashville occurred this season, in late December. This is the first playoff appearance for the Stars since 2016 when they won both the Central Division and were the top seed in the Western Conference but failed to advance past the second round. This also marks the first time that the Stars and Predators will square-off in the playoffs. Take the Predators at home in game one.

A big shocking win for the Dallas Stars in game one, and now the Nashville Predators will have to find a way to get the job done in game two. The Stars came out ready and took advantage of something many didn’t think were possible, given the Stars had lost two straight against Nashville prior to game one. Nashville is now 8-4 in their last 12 games against Dallas. What’s to stop the Stars from winning again, and taking advantage of this series? Well Nashville is going to have to slow down the Stars powerplay unit, which was able to net a goal in game one. Dallas powerplay kill unit was outstanding in game one, not allowing a goal on four powerplays for the Predators.

With neither team showing the ability to score at a high level, this will most likely be yet another low scoring game, much like many of their last few meetings have been. The final score has been under in five of Nashville last six games against Dallas at Bridgestone Arena. The Predators will want revenge in game two. Back Nashville in game two.

The Predators and Stars split games one and two in Nashville, and now they move to the American Airlines Center in Dallas for games three and four, with both teams looking to get a foothold in this series. Dallas capitalized by winning in game one, but Nashville answered right back with a win in game two, turning this game towards a long series. Nashville and Dallas have met seven times this season counting the first two games in this series and in those games its 4-3 in favor of the Predators.

The Stars were able to win a couple of the earlier meetings, but their win in game one was the first victory over Nashville since February 2nd. The Predators are 6-4 in their last 10 games, while the Stars have also been able to win six of their last 10 games. With neither team being flashy in goal scoring, much like this series has shown it could be challenging for either team to capitalize in this game. However, the Predators have the tools to get the job done at American Airlines Center, as they have won three of the last four meetings there. Back the Predators to win game three.

This series has had ups and downs for both teams involved as the Nashville Predators will look to take a 3-1 advantage into an all-important game five showdown in Nashville. The Stars roared to a game one win, but since Dallas has struggled in their two straight losses against the Predators. Dallas had momentum coming off their game one victory but haven’t had success since that win. With a 2-3 record in their last five, the Stars will be looking for answers in game four.

Nashville has been on fire in their last five games with a 4-1 record in that span, including back-to-back wins to take a 2-1 lead in the series heading into this game four match-up at American Airlines Center in Dallas. The Predators are 6-3-1 in their last 10 head-to-head meetings with the Dallas Stars. In each of their three playoff meetings this far, the teams have failed to score more than five goals total in those three games. Back Nashville to get the win in game four.

A back and forth series returns to Nashville as the Stars and Predators meet at Bridgestone Arena in game five, with the series tied at two games apiece. Neither team has been able to secure any momentum as Dallas ended a two-game losing streak in game four, after dropping games two and three. The Stars were able to find success on the Predators ice in game one in their 3-2 victory. Their second victory looked far more dominant as Dallas was able to take game four in a 5-1 smashing of the Predators in Dallas. Dallas is 8-3 in its last 11 games on the road.

The Stars have struggled against Nashville in their last six meetings with a 2-4 record in those games. Nashville is 6-3 in its last nine games when playing at home against Dallas. This should be a game of runs, and whoever has the momentum in the key momentums will take the w. This is the key game of the series, as the series could very well go seven games. Roll with Nashville to get the victory in game five.

The Nashville Predators could be in for a rude awakening as they enter game six of the series on the brink of elimination. The Predators were able to open the series at a 2-1 series lead through game three, but have since dropped two straight falling in game four in Dallas, before coming up short on their own ice in game five. Nashville is 6-4 in their last 10 games. Like the Predators, the Stars are also 6-4 in their last 10 games. Dallas is 25-15-3 at American Airlines Center this season. Of their last five meetings at American Airlines Center in Dallas, the Stars have only recently been able to get wins as Nashville is 3-2 in those five games in Dallas. Nashville will have to counter what Dallas has been able to do on the road in this series if they want to force a game seven. That doesn’t seem like it is going to happen for the Predators this season. Back Dallas to get the win in game six on their own ice and to clinch the series. 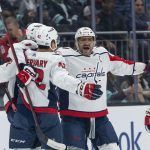