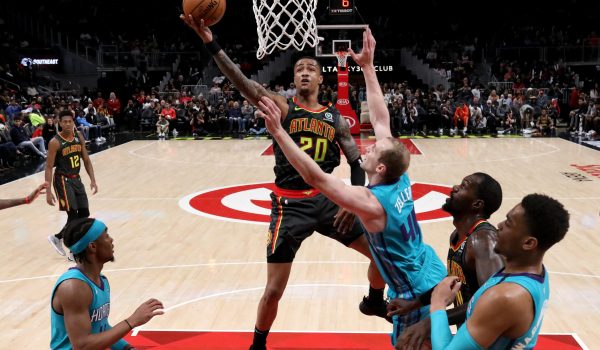 Another busy day in the world of the NBA and NHL tonight! The NBA has a six-game slate tonight, and the two games with the highest totals are expected to be close games. While the NHL has a four-game slate and every game tonight in hockey has a total of at least six goals. In the NBA, I will give you my top three cash game and GPP options from each price tier, expensive (more than $8,500), mid-level play ($6,000-$8,500), and top cash-saving option (less than $6,000). While in the NHL, I will give you my top play at each position. Let’s begin by taking a look at my NBA Cash Game plays that I will be using tonight on DraftKings.

Power Forward, John Collins, Atlanta Hawks ($9,100): The Atlanta Hawks have the highest team total of the night with 118.25 points when they go up against the New York Knicks. With the lack of defense, we should see in this game. The game is one of our NBA Picks to go over the total. The game is also the game I will be targeting in cash games tonight. The Knicks have struggled against the power forward position this season, allowing the 4th most DK points to the position. I look for Collins to have a massive game tonight.

Point Guard, Lonzo Ball, New Orleans Pelicans ($7,900): Lonzo Ball has been having a great season in New Orleans this season. He is averaging 34.8 DraftKings points per game this season and 48 DraftKings points over his last four games. Tonight, the Pelicans have the 2nd highest team total with 117 points. The Kings have been a below-average team against the point guard position as they are allowing the 16th most DK points to the position. I look for Ball to continue his stellar play tonight and produce excellent value.

Center, Mitchell Robinson, New York Knicks ($5,700): With Clint Capella out for the Atlanta Hawks tonight, I look for the struggles the Hawks have had against the center position to continue. The Knicks have the 4th highest team total tonight with 113.25 points. I look for Robinson to be a significant cash-saving option tonight as the Hawks are allowing the most DK points to the center position this season.

Point Guard, Trae Young, Atlanta Hawks ($10,400): With Luke Doncic on today’s slate, Young will likely be lower owned tonight. However, the Hawks have the highest team total tonight with 118.25 points. Trae Young doesn’t have a great match-up tonight though, as the Knicks rank 9th defensively against the point guard position this season. I do think Young is match-up proof though and makes a great GPP play in the NBA tonight.

Point Guard, De’Aaron Fox, Sacramento Kings ($7,800): For my guard position on DraftKings, I will be going with De’Aaron Fox tonight in GPP. Fox is unlikely to have high ownership on tonight’s slate. However, the Kings have the 3rd highest team total tonight with 115.5 points when they play the New Orleans Pelicans. The Pelicans have struggled against the point guard position this season as they are allowing the 7th most DK points to the position. I look for Fox to be on the winning lineup in GPP tournaments, which is why he is my top play regardless of salary.

Small Forward, Buddy Hield, Sacramento Kings ($5,400): Buddy Hield has gone for over 30 DK points in three of his last four games. The Kings are the team I am targeting tonight for my GPP lineups as they are playing in the game with the 2nd highest total and in a game that has a 1.5-point spread. The Pelicans are also allowing the 3rd most points to the small forward position this season, which makes Hield my favorite punt option tonight.

Center, Leon Draisaitl, Edmonton Oilers ($8,400): I love the Oilers tonight offensively, not only are they one of our NHL Picks to win, but they also have one of the highest team totals on the slate. The Winnipeg Jets are allowing the 3rd most DK points to the center position this season, and Draisaitl is one of the top plays at the position in the NHL. He missed his last game but will likely be playing at full strength tonight.

Wing, Ryan Nugent-Hopkins ($6,900): As I have already mentioned, the Oilers are my favorite team to build around tonight in DFS for both GPP and cash game contests. Nugent-Hopkins has gone for an average of 14.4 DK points over his previous three games. I look for similar production tonight.

Goalie, Corey Crawford, Chicago Blackhawks ($8,000): The Chicago Blackhawks are -164 money line favorites on home ice, which already puts Crawford on the shortlist for tonight’s slate. The Sharks are only averaging 2.61 goals per game, which is the 5th lowest in the league. Lock in Crawford tonight at goalie! 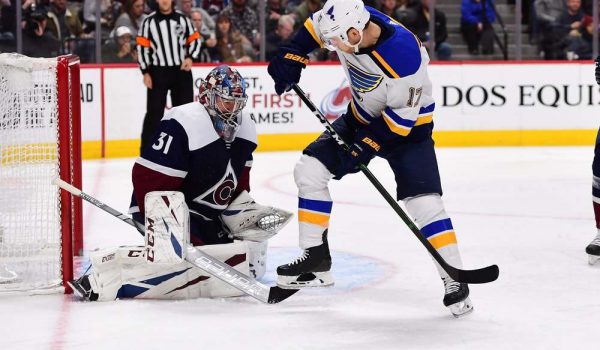 NHL 16 days ago
Coronavirus: A full list of sports being played and cancelled across the world
View Article