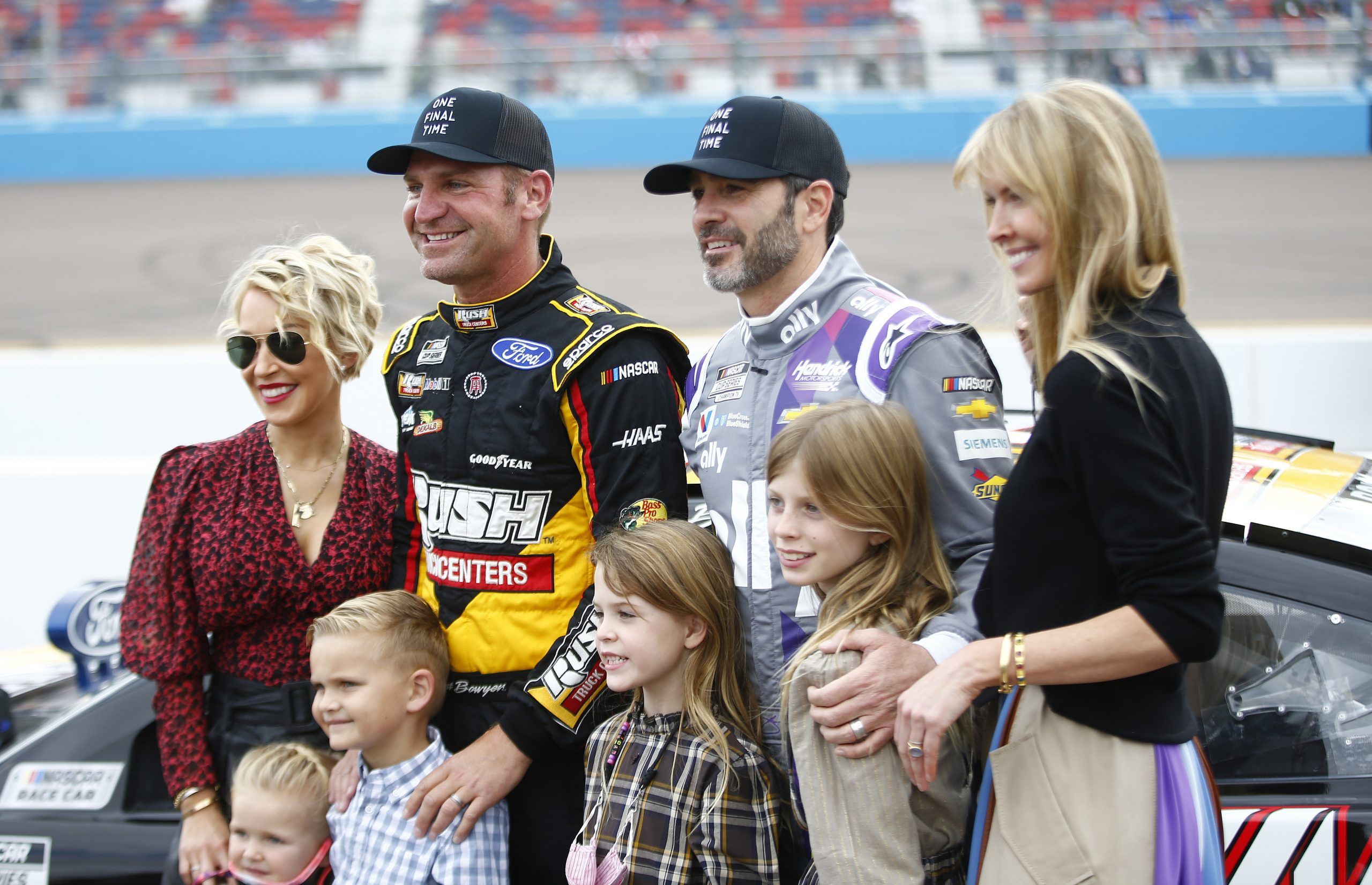 The 2020 NASCAR season has come and gone, and so we reflect on another successful season for the sport. In doing so we say goodbye to a living legend, as Jimmie Johnson hangs up his helmet from full-time NASCAR racing.

Three names will be forever entwined with the number seven — Richard Petty, Dale Earnhardt, and Jimmie Johnson. The three seven-time Cup Series Champions. Like those two Hall of Famers, Johnson made an impact not just by winning seven titles and 83 races, but by transcending NASCAR across all auto racing.

It wasn’t only a farewell for Johnson on Sunday, the 2020 NASCAR Cup Series Champion was also crowned. With it, we may have seen the beginning of a new era as Johnson’s teammate Chase Elliott was able to secure his first Cup title. There are a lot of similarities between what we saw this past weekend, and what we saw all them years ago when Jeff Gordon passed the torch to Johnson after he won the first of five straight championships.

Incredibly, this is the second time the Lakers, Dodgers, and an Elliott has won championships in the same year. Of course, we all know what happened with the two Los Angeles teams in basketball and baseball, but Chase Elliott’s father Bill also won the Cup Series in 1988. Given what we’ve seen from Eliott so far, it looks like Hendrick Motorsports is in good hands for the foreseeable future.

Forever in awe of everything this legend has accomplished. 🏁 pic.twitter.com/k62hh9jHek

Johnson’s time in auto racing isn’t quite over yet, and he is moving on to bigger and better things. Over the next two years, he will be working with Chip Ganassi Racing to run 13 of next season’s 17 IndyCar events. He might not drive the #48 in NASCAR again, but that does not mean he is done with the number for good. Johnson will pilot the #48 Carvanna Honda next season.

It’s going to be tough to not see Johnson behind the wheel of the Ally Chevy, but it’s time. Thanks Jimmie, it’s been a fun ride.