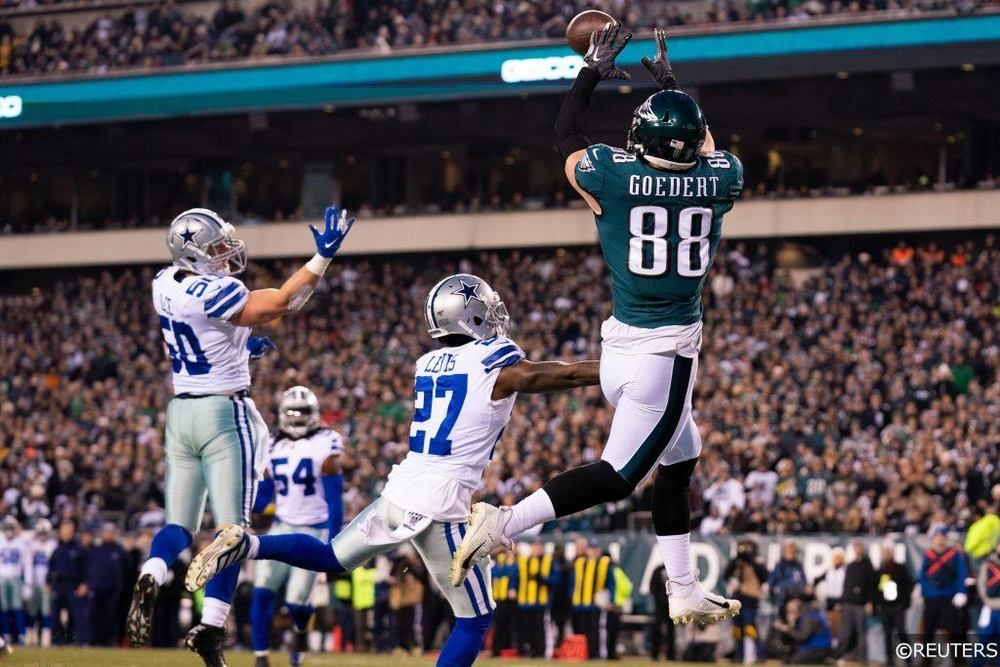 We had a profitable end to the regular season on FanDuel last week. Now it’s time to focus on the final two weeks of full rosters in DFS! With only eight teams to choose from this week and next, it allows us to pick and choose values more easily. This article, paired with the must-start players article, will help put you in position to cash on FanDuel in the Wild-Card round of the NFL in cash games. We’ll take a look at the top value plays at running back and wide receiver this week and list our top tight end option in cash games on FanDuel.

A lot of people were expecting a significant role for Marshawn Lynch in his first game back for the Seahawks. However, Travis Homer looked like the more impressive back on Sunday. Homer had ten carries for 62 yards while adding another 30 yards receiving on five receptions. The Eagles enter this game, allowing the 3rd fewest yards per game. However, I think the Seahawks rely more on the passing game in this match-up, and with Homer being the receiving back, it makes more sense to use him given the low price on FanDuel.

The New Orleans Saints are one of the more prolific teams in the passing game this season. All eyes are on Michael Thomas and for a good reason. However, Tre’Quan Smith has started to show that he can be a good option in the passing game for the Saints. Smith is coming off a five-reception game for 56 yards and a touchdown. I look for Smith to have a decent game against the Vikings secondary in Sunday’s Wild-Card match-up.

There are two viable options on the slate for Wild-Card weekend that are viable options if Zach Ertz is out. Dallas Goedert and Jared Cook are the two best at the position on this slate. However, I love the passing offenses in the Seahawks vs. Eagles game. I look for both teams to move the ball through the air in this match-up, and with the majority of the receivers banged up for the Eagles, Goedert will see an increase in targets. Seattle enters this game, allowing the 5th most passing yards per game and the 11th most yards per attempt in the NFL. I look for Goedert to take advantage of this match-up and be the better option of the two high-priced tight ends on FanDuel.