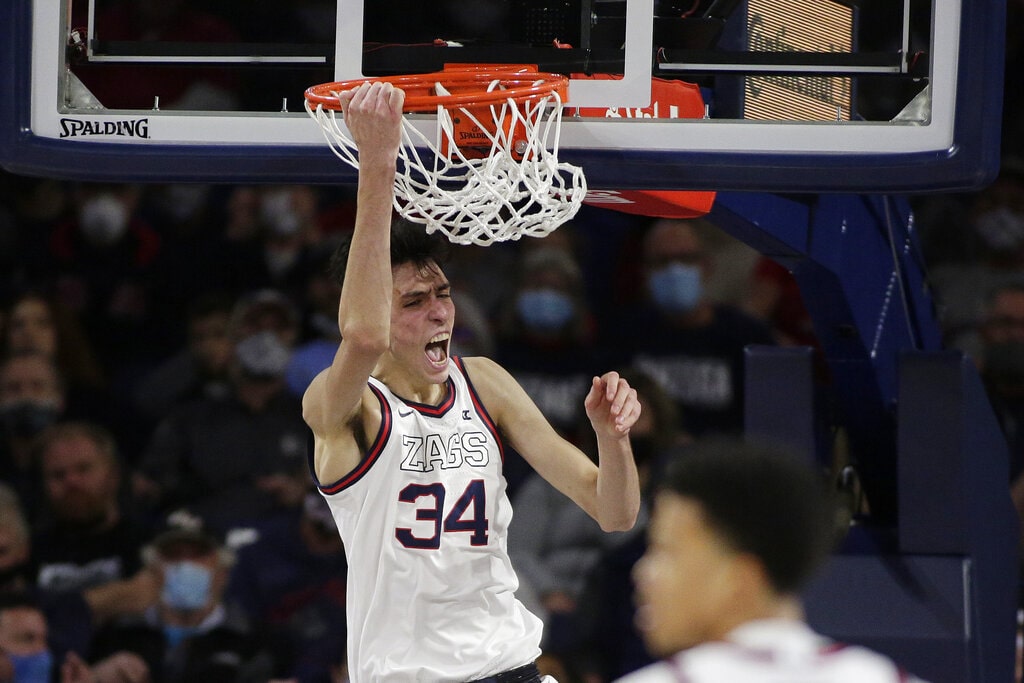 When we think of the blue-blood programs in college basketball, we think of schools like Duke, North Carolina, Kentucky, and UCLA. However, there is an argument that Gonzaga has become one of the elite. Since Mark Few took over as Gonzaga’s head coach in the 1999-2000 season, the Bulldogs have won more than 83 percent of their games and have been in the Sweet 16 on 10 occasions.

Over recent years, Few has had success recruiting some of the nation’s top talent — which propelled Gonzaga to a level of play that competes with the nation’s best teams on any given night. Since the start of the 2014-2015 campaign, Gonzaga is an impressive 28-14 against teams ranked in the AP Top 25. Furthermore, Few and the Bulldogs have advanced to at least the Sweet 16 every year over that span. They went to the Elite Eight in 2014-2015 and 2018-2019, and they were national runner-up in 2016-2017 as well as last season. The only thing left for them to do is win the National Championship. Will this be the year the Zags finally cut down the nets?

Gonzaga is the No. 1 team in KenPom’s ratings and has the second-best offensive efficiency, which is of no surprise considering the Bulldogs have showcased the most efficient offense in college basketball since the 2018-2019 season. It has been their defense that failed the Bulldogs in the years they came up short. This season, however, they boast a top 10 defense that allows the second-lowest effective FG% nationally. Being a top 15 team in KenPom’s defensive efficiency is a critical trait; all but 2 National Champions since 2002 have been inside that ranking. The addition of Chet Holmgren has given Gonzaga a lot of size — with which only a few teams can compete — and a reliable shot-blocker that helps take pressure off Drew Timme in the post.

At the time of publishing, FanDuel lists Gonzaga at -125 to go to the Final Four and as a +380 favorite to win the National Championship.

The Bulldogs have elite size that very few teams can match, and they have senior guards — which is an invaluable asset in high-pressure, postseason tournament games. Gonzaga can pair such size and veteran leadership with a much-improved defense to form one of the most — if not the most — complete teams in college basketball. The Zags have as good of a chance as anyone to win the championship this year, which would solidify their standing among the game’s elite programs.

Check out all of our March Madness Team news and analysis including our expert March Madness Predictions for every game throughout the tournament.