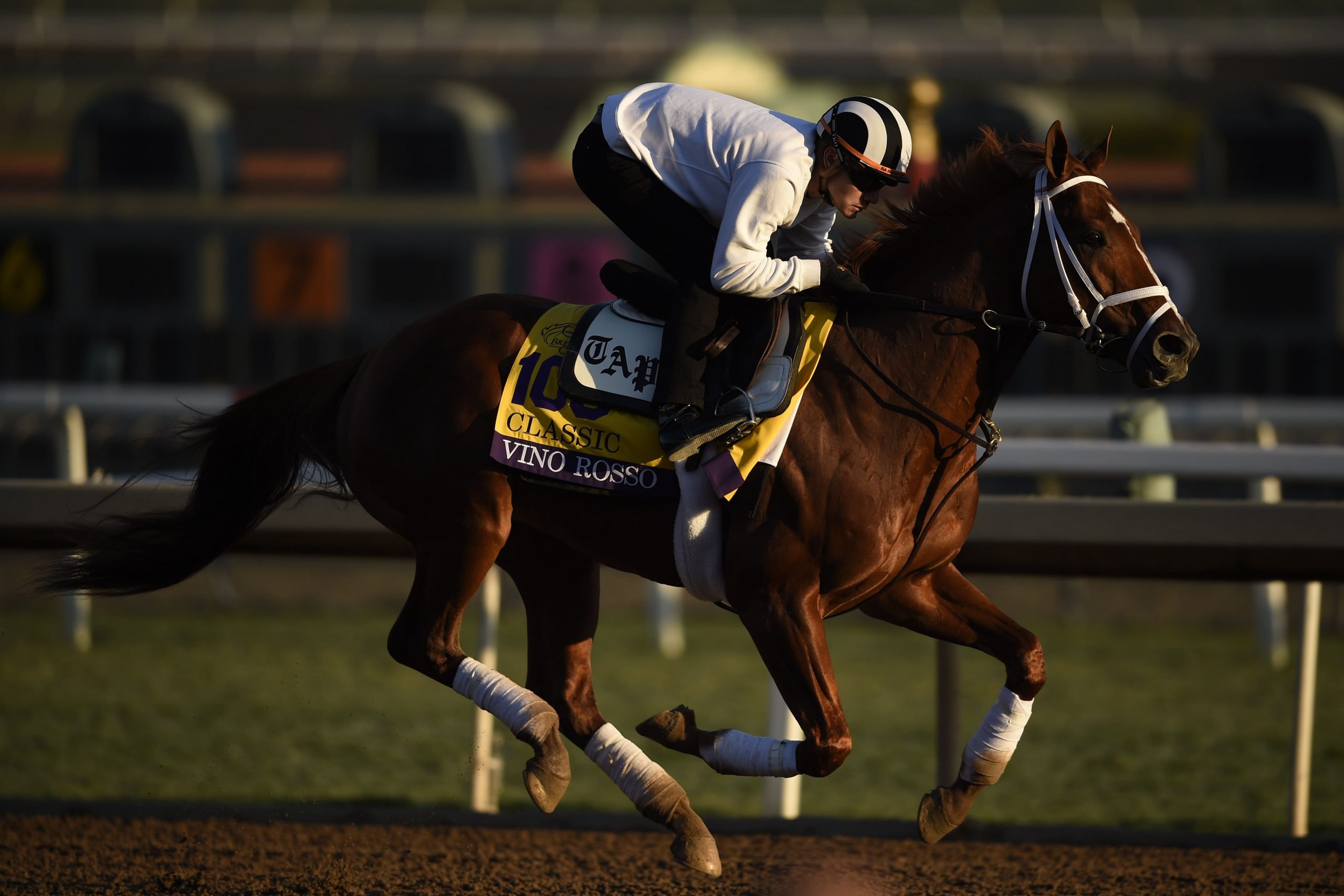 It is the final race of the Breeders’ Cup meeting and takes place on Championship Saturday on November 7. Star horses such as Kentucky Derby winner Authentic, Saudi Cup scorer Maximum Security, and Belmont Stakes winner Tiz The Law will be in action. However, they all have Improbable to beat, who is the favorite after storming to victory by four and a half lengths on his last run.

The Breeders’ Cup Classic was won last year by Vino Rosso, who was ridden by Irad Ortiz for trainer Todd Pletcher. Vino Rosso won the race as a four-year-old and was his final run before he retired to begin a career at stud. Accelerate was victorious the 2018 renewal under Joel Rosario, and was the first five-year-old since 2013 to win the historic race.

Trainer Bob Baffert won the Breeders’ Cup Classic three years running between 2014 and 2016, each with a different three-year-old. Those winners were Bayern, American Pharoah and Arrogate.

There have been 10 runners declared for the 2020 Breeders’ Cup Classic, and they are listed below. The number refers to what the horse will wear, and which gate it will start the race in.

Below are the odds for the 2020 Breeders’ Cup Classic, correct as of Wednesday afternoon. Improbable is favorite to give Bob Baffert a record-breaking fourth win in the race after the four-year-old stormed to victory in the Awesome Again Stakes at Santa Anita in September. However, he faces stiff competition from Tiz The Law, who won his first four starts this year, including in the Belmont Stakes, and looks to bounce back from a narrow defeat to the reopposing Authentic in the Kentucky Derby.

Every winner of the Breeders’ Cup Classic has been aged between three and five. However, four has proven to be the magic number in five of the last 10 runnings of the race. Of the leading contenders, Improbable and Maximum Security fall into this category.

You rarely see a shock result as far as the Breeders’ Cup Classic is concerned. Six of the last 10 winners have been favorite or second-favorite at the off. That extends to eight of the last 10 when considering the first four in the market.

Each of the last 10 winners had at least four runs that season, which would rule out Tom’s D’Etat and Title Ready. Further, six had won their last start while nine had finished in the first two.

Where Is The Breeders’ Cup Classic Held

What Is Post Time For The Breeders’ Cup Classic

Who Won The 2019 Breeders’ Cup Classic

Prior to that race, Vino Rosso had won just two of his five starts in 2019, but one of those was in the Gold Cup At Santa Anita Stakes over the same track and trip.