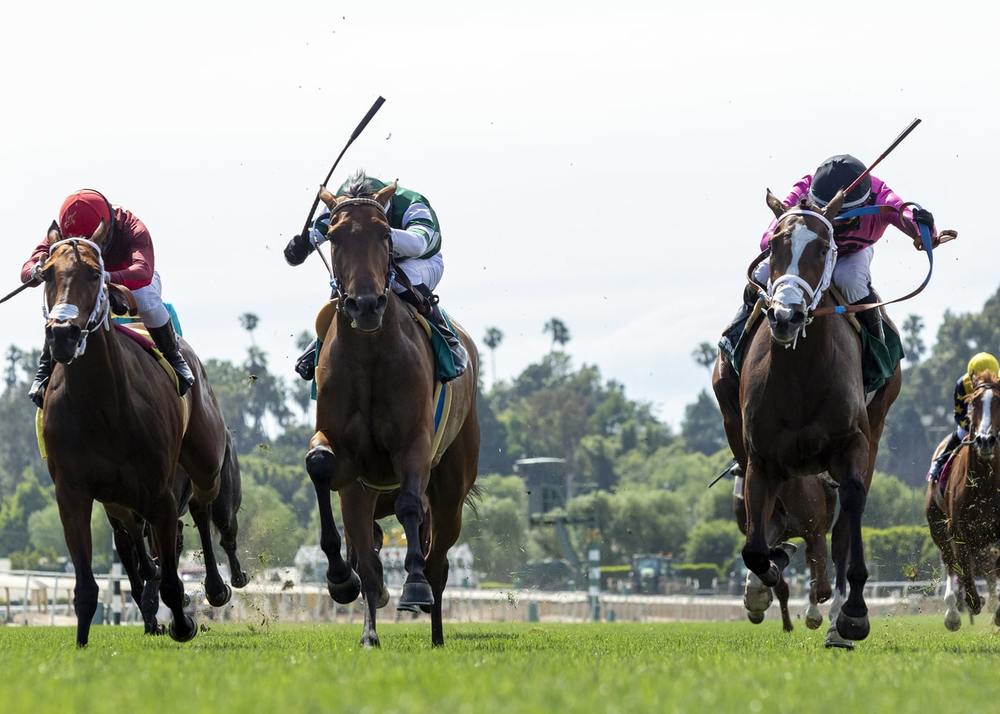 There is plenty of great horse racing action to look forward to across America on Thursday, including at Gulfstream Park race track. We have been in fine form with our picks, up 214.25 units dating back to Aug. 5. We went 3-for-3 on Wednesday — including a 3-star best bet — while profiting 12.6 units. Let’s keep the momentum going!

Costing an enormous $500,000 as a yearling, this son of Frosted caught the eye on debut at Monmouth Park in June. Racing off the pace for much of the journey, he rallied between rivals in the stretch and was only beaten three lengths in a compact finish. He’s entitled to have learned plenty from that pleasing introduction and this extra half a furlong will certainly help matters. Drawn best of all in stall one, he looks overpriced under Edgar Prado.

There is little in the way of form to go off in this contest and the fact that Holding Court produced such a promising effort on debut makes her the one to beat. Sent off at a bigger price on her Churchill Downs debut, she had a nightmare beginning and had to come from a long way back, charging home in the stretch to finish a never-nearer second. That experience should hold her in good stead and drawn far better than her debut, she can surely make it second time lucky with natural improvement.

Getting off the mark at the ninth attempt with victory at Colonial Downs in August, he posted a career best figure on his track debut at Gulfstream in November. Racing over the mile, he did plenty of late work and was only beaten half a length. He has drawn the inside stall for this run, which will help matters, and a strongly-run six furlongs should play to all his strengths. Junior Alvarado takes over in the saddle and he has an excellent chance of doubling his tally.

A winner at Monmouth Park on her second start, Philip Antonacci’s filly finished third on her first start against winners at Aqueduct in November 2020. She was returning from a nine-month absence at Belmont in October, finishing a game third from the front, beaten just a length. Subsequent work at Parx suggests she has come on plenty for that return run and with a swift break from stall six, she’ll be very tough to catch.