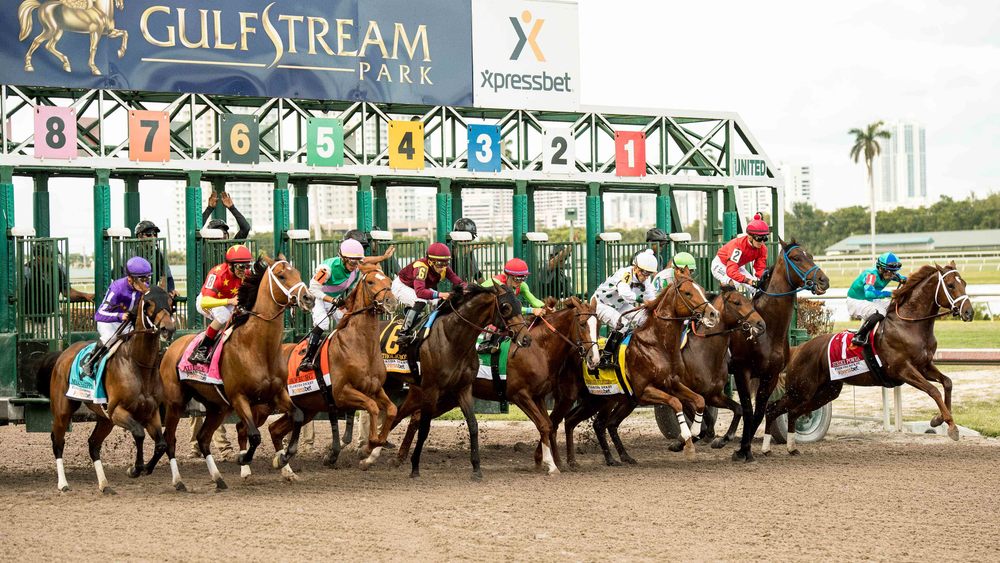 There is plenty of great horse racing action to look forward to across America on Wednesday, including at Gulfstream Park race track. We have had 8 winners from our last 11 runners, and we are now up 275.15 units with our picks dating back to last August.

Race 5 at Gulfstream Park is a $43,000 Maiden Optional Claiming contest for 3-year-old fillies over 5 furlongs on the turf and I really like the chances of R Girl’s Werth It, who can break her maiden tag from an ideal draw in stall 2.

She’s been knocking on the door in recent starts and only got tired in the closing stages when finishing 4th over an extended 5 furlongs last time out, so this drop back in trip should be ideal.

A field of 8 fillies and mares are set to line up for Race 6 at Gulfstream Park, which is a $34,000 Starter Allowance over an extended 5 furlongs on the dirt surface and Gitana, who has won twice on this course, including once over this distance, can strike for Rohan Crichton and his team.

This mare loves it around this track as she’s also hit the board on multiple occasions there, and she looks to have her ideal conditions once again.

The penultimate race at Gulfstream Park is a competitive $61,000 Allowance Optional Claiming event which features some nice 3-year-old fillies and preference is for the horse drawn down on the rail, Beechnut Trophy, who is trying Lasix for the first time.

Saffie Joseph Jr.’s filly showed battling qualities to win a decent Maiden Special Weight at the track last time out and she is a filly of some potential, so it would not surprise should she win this in good style.

John Kimmel’s Soupster is still a maiden after 8 races, but she ran the best race of her career over course and distance last time out and can build on that in the same grade today.

She’s drawn widest of all under Tyler Gaffalione, but he can hold her up for a late run in a Maiden Claimer that lacks any real strength in depth. It all looks set up for a big effort from her in the finale.