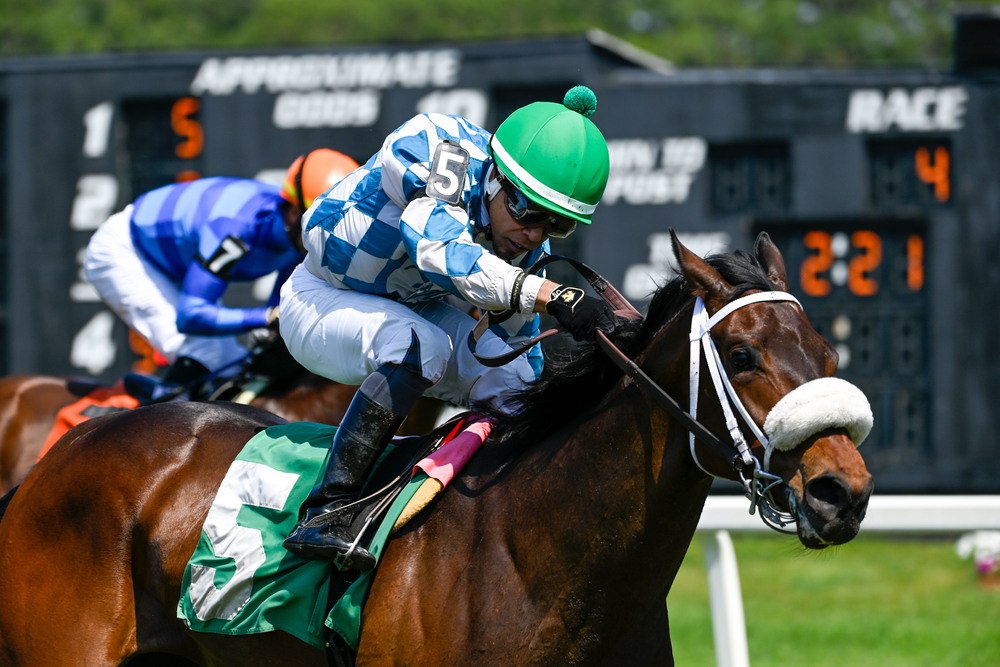 There is great racing across America on Monday, including at Parx race track. We have been in fine form with our picks for a long time now and are up +285.86 units with our race selections to our recommended stakes dating back to August 5, 2021. Let’s keep it rolling!

Indirectly has placed 2nd in 4 of his last 5 starts, including on his final outing for Mario A Dominguez in a $7,500 claiming event over 7 furlongs 3 weeks ago. He made a highly promising debut for his current connections when runner-up having raced from off the pace over 6 1/2 furlongs in a $12,500 claiming event a week later.

Andy Hernandez, on board that day, keeps the ride and the pair are taken to go one better dropping back to 6 furlongs.

The Honorable One experienced misfortune when suffering a broken rein in an allowance optional claimer over 7 furlongs at Parx in March but has placed on 2 of his subsequent 3 starts, including when runner-up over a mile and 1/16th there last month.

He had previously faded and been eased over the same trip in a turf event at Pimlico. he should have no issues dropping a 16th in distance today and is taken to double his career tally with top jockey Ruben Silvera up.

Exit Right has been in great form since joining the Jamie Ness barn, winning 6 of his 7 starts including by 8 lengths over a mile at this venue 3 weeks ago.

He boasts an impressive 9 wins from 16 starts at this track and with the drop back to a mile no problem, the 4-year-old son of Effinex looks up to continuing his excellent run of form by making all the running have drawn gate 2.

Horse Racing picks for Saratoga race track on Sunday, August 7: Jouster is up for a battle