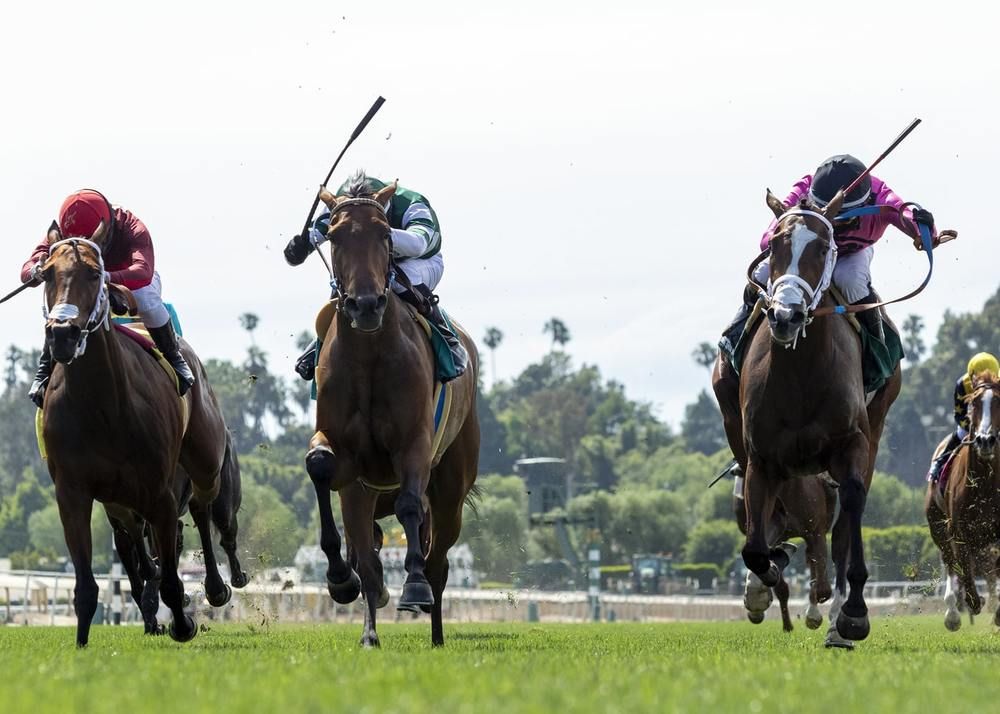 There is great racing across America on Wednesday, including at Finger Lakes race track. We have been on fire with our picks for a long time now and are up +321.03 units with our race selections to our recommended stakes dating back to August 5, 2021. Let’s keep it rolling!

Race 5 at Finger Lakes is a $32,100 Maiden Special Weight over six furlongs on the dirt surface and I like the chances of the gelding in the outside stall, Gonna Be Dancing, who should come on from his latest run at this course. That sixth placed effort was his first run for ten months so, with significant improvement expected, he should go very close, especially if running close to his debut second here last May.

A field of eight three-year-old colts and geldings are set to go to post for the $50,000 Ontario County Stakes, which is Race 6 on the card, and there’s no doubt that Rotknee will be tough to beat here but he is likely to go off at very skinny odds and Moped Dennis looks to be value against him. This son of Carpe Diem is improving with racing as his speed figures show and his recent second in a Claimer at Belmont Park was a good one so a bold bid can be expected here.

The penultimate race at Finger Lakes is a competitive $25,800 Allowance for the female division over an extended mile trip on the dirt and it’s Jeremiah Englehart’s Charge Nurse who can get the job done from stall one. This three-year-old filly is coming along nicely as was shown with a comfortable seven and a quarter length victory in a Maiden over course and distance last time out and she looks to be above average.

Dana Saul’s Jackiegirl has yet to hit the board in Maiden Special Weights from three efforts in that grade but she has shown signs of ability with a second placed effort in a Maiden Claimer at Presque Isle Downs last September and I wouldn’t want to be writing her off just yet. She has been beaten a long way on both starts at this course so far this year but on breeding she needs at least a mile and that’s what she gets here so it would not surprise should she show big improvement and go well at a price in the finale.