How each Conferences Bowl Records stack up 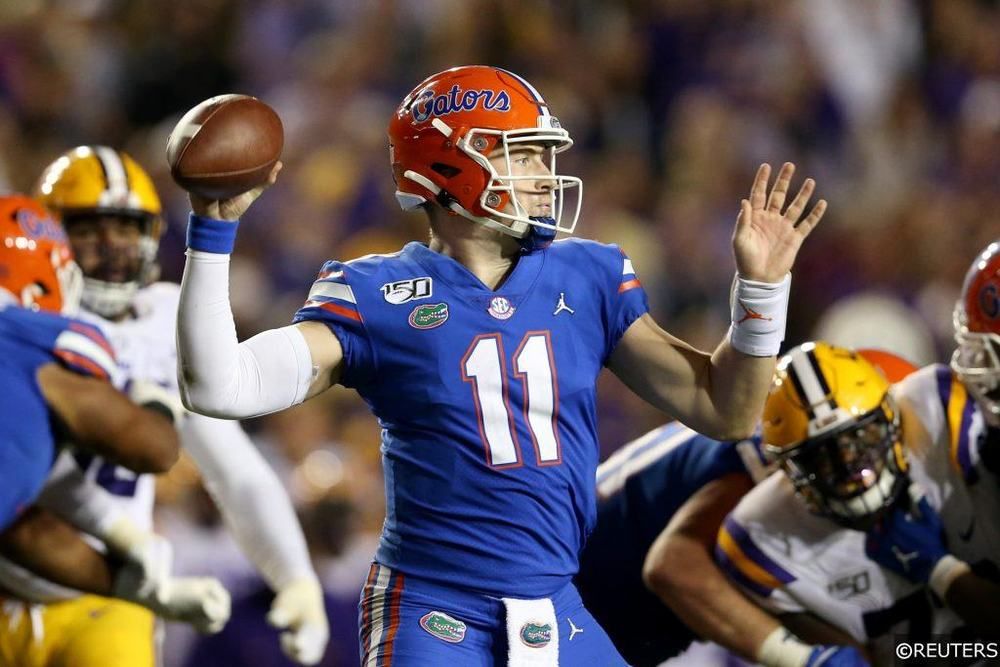 Bowl Season is coming to a close quickly, and with only two games remaining, its time to take a look at how each of the Conferences were able to perform this bowl season. Each of the Power Five Conferences staked claims at being the best but the best seemed to rise to the top. Even with more than six bowl bids for those major conferences, many teams outside the Conference champions stumbled in the bowls. Let’s dive in and look at each of the conferences bowl records.

The American Athletic Conference flexed its muscles throughout the regular season and even sent Conference Champion Memphis to a New Year’s Six Bowl. Yet their energy wasn’t quite enough as they finished 4-3 in their Bowls. UCF, #23 Navy, #22 Cincinnati and Tulane were the four bowl victories for the AAC. #17 Memphis couldn’t slow down 10th-ranked Penn State in the Goodyear Cotton Bowl Classic. It wasn’t quite what many in the AAC were hoping but it is still a winning record or the Conference as a whole. Better luck next season for SMU, Temple, and Memphis.

It still sits a little early to fully grade the bowl results, that can come later, but the ACC outside of Clemson needs to find a way to improve itself. The ACC has four bowl wins this season, as Pittsburgh, North Carolina, Louisville and Clemson were able to win their bowls.  The Tigers still have a chance to add a fifth win to that resume as the face #1 LSU in the College Football Playoff National Championship on Monday, January 13th. Better luck next season for Miami (Fla.), Wake Forest, #24 Virginia, Virginia Tech, Florida State and Boston College.

The Big Ten entered Bowl Season 2019-2020 with a real chance to prove they were the best conference in college football. However, they just couldn’t get the job done. They started out their bowl slate making noise, as Michigan State was able to win the Pinstripe Bowl and #16 Iowa blew out #24 USC in the Holiday Bowl. 10th-ranked Penn State gave the Big 10 a 3-0 start with their 53-39 win over 17th-ranked Memphis in the Goodyear Cotton Bowl, but that was where their momentum slowed down. Ohio State had a chance to get to the National Championship game, but they couldn’t overcome the Clemson Tigers in the Fiesta Bowl. Minnesota’s win on New Year’s Day over Auburn in the Outback Bowl, brought the Big Ten’s final bowl win total to four this season. Michigan once again a let down losing their fourth-consecutive bowl game. Better luck next season for #2 Ohio State, Illinois, #14 Michigan, #8 Wisconsin, and Indiana.

The Big 12 was able to get six teams to bowls this season. That was a solid accomplishment, but wins weren’t there to equal that accomplishment. The Big 12 only brings home one trophy in Bowl Season this year. Texas was able to get the blowout of 11th-ranked Utah Utes in the Alamo Bowl. A playoff birth for Oklahoma and an Allstate Sugar Bowl bid for Baylor will be the only thing to remember for both teams. Better luck next season for #25 Oklahoma State, Iowa State, #4 Oklahoma, Kansas State, and #7 Baylor.

Conference USA had a strong season, as they sent eight teams, yes eight to a bowl game. It wasn’t in the cards for them to win each of those games, but the teams performed well in their bowl games. A final record of 3-5 for C-USA, as Florida Atlantic was able to take down SMU in Boca Raton, Lousiana Tech got a major victory over the Miami Hurricanes in the Independence Bowl, and Western Kentucky added the final victory in the First Responders Bowl. Better luck next season for Charlotte, UAB, FIU, Marshall, and Southern Miss.

A pair of victories for #15 Notre Dame over Iowa State in the Camping World Bowl and the Liberty Flames in the Cure Bowl leads the Independents. BYU performed admirably in the Hawaii Bowl coming up four points short against the Hawaii Warriors.

The MAC has one last bowl to decide if they finish with a winning bowl record. The State of Michigan sent all five FBS schools to bowls in 2019, but all three of the MAC teams from Michigan didn’t bring home the hardware. Buffalo, Kent State, and Ohio University picked up bowl victories for the Mid-American Conference. MAC Champion Miami-OH has a shot to add a final win when they match-up against Lousiana in the Lending Tree Bowl on January 6th. Better luck next season for Central Michigan, Eastern Michigan, Western Michigan.

The MWC’s best team the 19th-ranked Boise State Broncos sure didn’t look it as they were run off the field in the Las Vegas Bowl by Washington. Bowl victories for San Diego State, Hawai’i, Air Force, and Wyoming, leads to a 4-3 bowl record for the Mountain West. Better luck next season for Utah State, #19 Boise State, and Nevada.

The PAC-12 gave a bit of a surprise, as they finished with a 4-3 bowl record, as the Washington Huskies led it off with a win in the Las Vegas Bowl. CAL and Arizona State added bowl victories overpower five teams. The crown jewel win went to the 6th-ranked Oregon Ducks as the PAC-12 Champions took down #8 Wisconsin in the Rose Bowl. Better luck next season for Washington State, #22 USC, and #11 Utah.

Even when the SEC doesn’t seem to be the best conference they rise to the top. They have a shot for an eight bowl win, as 1st-ranked LSU will battle for the National Championship against Clemson. For now, the bowl record stands at 7-2 for the SEC. Victories by Texas A&M, #1 LSU, #9 Florida, Kentucky, #13 Alabama, #5 Georgia, and Tennessee flexes the SEC’s power. Better luck next season for Mississippi State, and #12 Auburn.

The Sun Belt sits at 2-2 with their final game coming on January 6th against Miami-OH. Louisiana sits as the team that gives the Sun Belt a shot at a third bowl win this season. 20th-ranked Appalachian State proved too much for UAB in the New Orleans Bowl. Arkansas State was able to add a win in the Camellia Bowl as well. Better luck next season for Georgia Southern, and Georgia State.