Inside look at the Seattle Seahawks unique first-round draft strategy 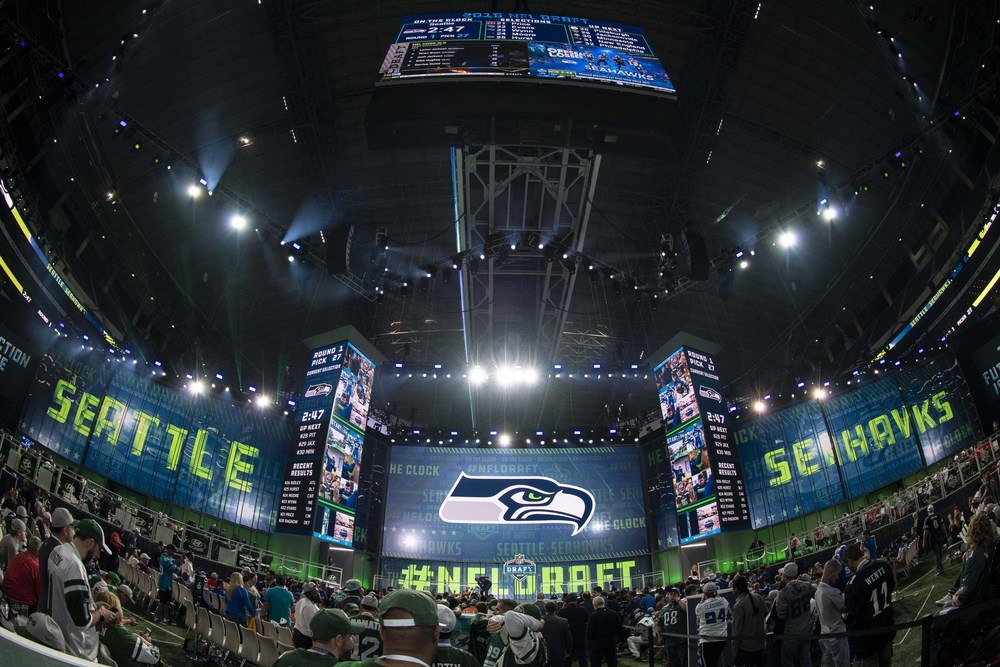 The NFL Draft is a moment where NFL franchises can make or break it. Some NFL general managers have had the hot hand as of late, while others are looking to not suffer a double doink this weekend. Each general manager has a different way of scouting and attacking the draft but one GM has a very unique way of starting the NFL draft. For Seattle Seahawks general manager John Schneider, he has traded the Seahawks’ initial first-round draft picks every year since 2012. Schneider has been sticking to this plan for quite some time and seems to be working. Could he trade the Seahawks No. 27 draft pick on April 23? Let’s take a look at each of Schneider trades in the first round and see if they have worked in Seattle’s favor.

First, Seattle owned the No. 21 pick in the 2019 NFL Draft and sent that pick to the Green Bay Packers in exchange for the No. 30 overall pick, as well as two fourth-rounders (No. 114 and No. 118 overall). Seattle also traded the No. 30 pick which they received from the Packers to the New York Giants in exchange for a fourth-rounder (132 overall), and a fifth-rounder (142 overall). Seattle would pick free safety Ugo Amadi from Oregon and linebacker Ben Burr-Kirven from Washington.

Schneider kept to his strategy in the 2018b NFL Draft as Seattle traded the No. 18 pick as well as a seventh-round pick (No. 248) to the  Green Bay Packers in exchange for picks No. 27, No. 76 and No. 186. Those new draft picks turned into safety Lano Hill, safety Tedric Thompson, and running back Chris Carson.

Seattle wanted an offensive lineman and knew they could wait a bit. They traded away the No. 26 pick to the Denver Broncos for pick No. 31 and No. 94 which was used for TE Nick Vannett and offensive tackle Germain Ifedi. Before joining the Chicago Bears, Ifedi started 60 games for the Seahawks.

One of the biggest trades of the NFL Draft as Seattle received a star tight end with the result. Seattle sent the No. 31 pick, and center Max Unger to New Orleans in exchange for No. 112 and TE Jimmy Graham. The veteran tight end suffered a torn patellar tendon to start with Seattle but bounced back well in 2016 with 65 receptions for 923 yards and six touchdowns.

Minnesota wanted to draft Teddy Bridgewater soon and Seattle allowed it. The Seahawks traded the No. 32 pick in which they received the No. 40 and No. 108 pick. Seattle traded out of the No. 40 pick and selected WR Paul Richardson with the No. 45 pick and defensive end Cassius Marsh with the No. 108.

Remember the Percy Harvin trade? Seattle needed a wide receiver to spice up the offense and did so by trading the No. 25 pick and No. 214 pick in exchange for Harvin. The once wide receiver did not last long in Seattle as he only played in six games for a total of 150 receiving yards.

Ring Ring, it’s the Philadelphia Eagles on the line. Seattle answered the call and worked out a trade for Philadelphia to draft Fletcher Cox. Seattle gave the No. 12 pick to Philadelphia in exchange for No. 15, No. 114 and 172 draft picks. Seattle gained an extra pick in the fourth and sixth rounds and selected defensive tackle Jaye Howard and cornerback Jeremy Lane.