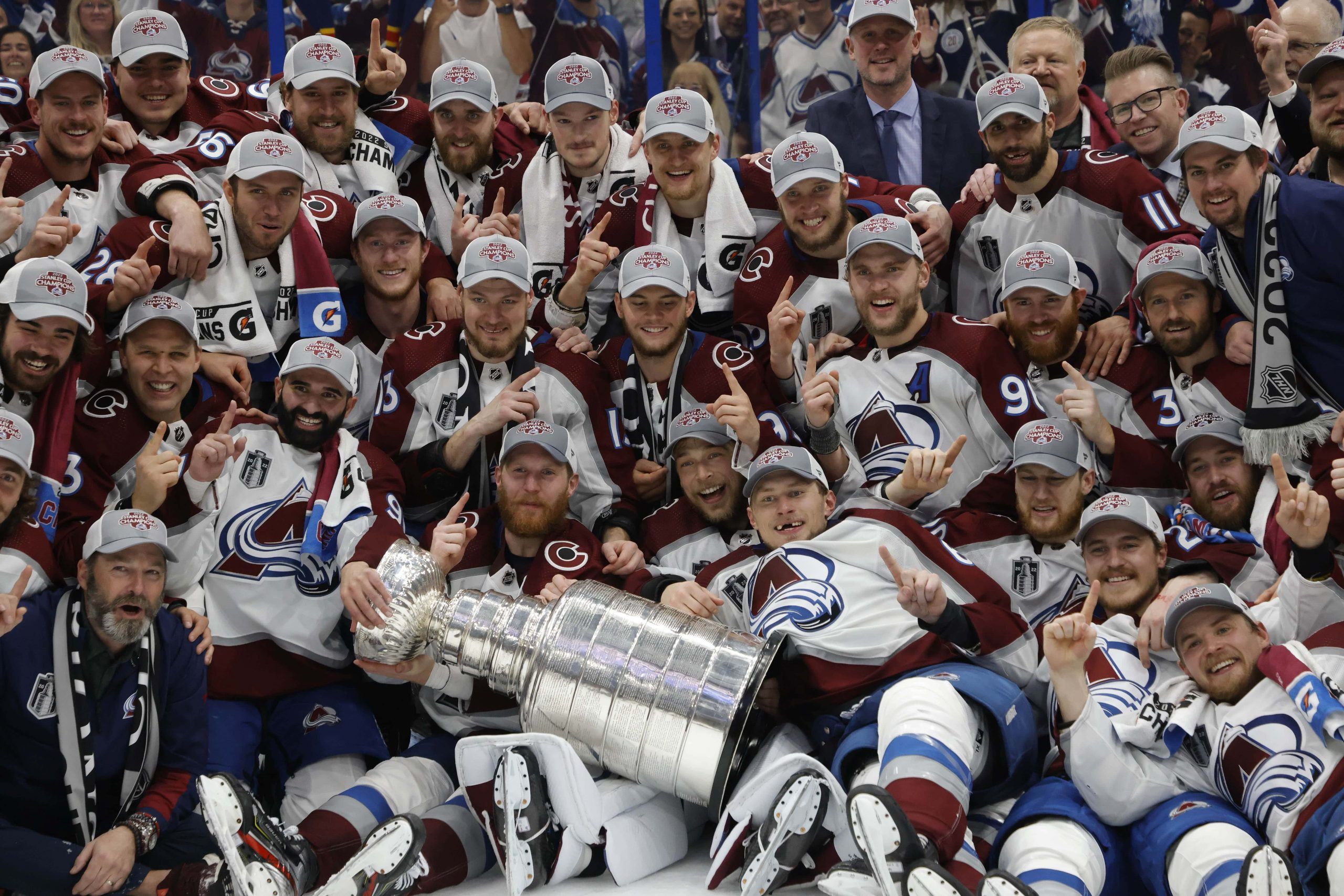 Colorado’s Stanley Cup coronation is complete, and with it another hockey season is in the books. The Avalanche were the favorites for most of the season across the board, so it should come as no surprise they were a big liability for sportsbooks.

“Yes, the Avs were our biggest liability and the most-bet team throughout the NHL regular season and into the playoffs,” said PointsBet trading analyst Michael Korn.

On the other hand, WynnBET took a more conservative approach to the futures market this season, and were rewarded by being in a good position heading into the final round. “We won in futures to both Tampa Bay and Colorado, so we weren’t sweating too much on the winner,” said WynnBET Trader John Manica. “The Avs were protected the whole year. We didn’t want to have liability on them for obvious reasons.”

Sharp bookmakers can ‘protect’ teams in the futures market by offering them at a worse price compared to the rest of the market in order to entice action elsewhere.  “The Avs stood out above the rest all season,” added Manica.

At BetMGM the liability extended beyond the traditional futures market with an absurd 3-team futures parlay that included the Rams winning the Super Bowl and the Warriors winning the NBA Championship, which was completed by the Avalanche’s Stanley Cup victory. The $500 free bet netted $269,000. 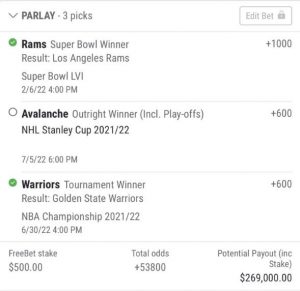 Scoring was down for most of the season until a sharp uptick in March, when overs turned positive and stayed in the green for the remainder of the year and into the playoffs. In all, the over went 738-645-18 (53.36%) this season and netted over 25 units. That’s noteworthy because over the prior 5 seasons combined, the over hit only 50.3% of the time and is down more than 200 units.

The NHL also resonated with bettors, as sportsbooks noticed a “large spike in interest” during the postseason. “We would take some sharp action during the season along with a decent amount of handle, but saw that pick up significantly during the playoffs,” added Manica.

As the NHL continues to grow in popularity from a betting perspective, the market matures and will continue to become more efficient over time. That makes it harder to find an edge on a traditional side or total, and shines more of a spotlight on props and derivatives.

Personally, the futures market continues to be my weapon of choice in the NHL, but I will likely take a hard look at shots-on-goal props next season, as many handicappers I trust had a lot of success with them during this postseason. Similar to strikeout and walk props, they have very definable trends and data points to track.

Grading my individual results this season

It was also a positive season in the futures market, netting 6.1 units with a 32.19% ROI. Overall between futures and individual bets, I finished up 7.16 units in the NHL this season. My most trusted hockey source is to thank for most of the big winners, with the exception of the Cale Makar Conn Smythe spike at +550. My Let’s Bet It co-host Lauren Jbara is credited with the assist for that bet on May 19.

Oddsmakers are already targeting Colorado to repeat so it should come as no surprise that the Avalanche are already the favorites for next season, hovering around +500 at most shops. “It’s certainly not an entertaining way to bet next year, but they will be good again,” said Manica.

“Don’t sleep on the Avs again,” added Korn. “We opened them as the overwhelming favorite and if next year is anything like this past year, we know the +450 may have some value!”

As for the rest of the league, Manica offered some advice on some dark-horse teams to look at for next season and his overall view on the landscape as a whole.

“I expect a few of the recent bottom feeders such as the Red Wings, Canucks and Sabres to have a bigger say in the party next year as the crop of young talent from some of those teams has been cultivating through the draft and trades. There has been a huge gap between the top and bottom teams in the last few years. I expect that gap to start reducing.”

Personally, I won’t be making any NHL futures bets for next season anytime this summer, but the Avs will definitely be on my radar as we head into the fall and I will keep you informed if and when I pull the trigger. 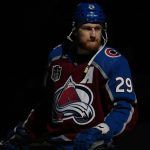