HomeAnalysisNBA AnalysisJared Smith’s Back to the Futures: Avoid the Holmgren steam, other NBA offseason insights 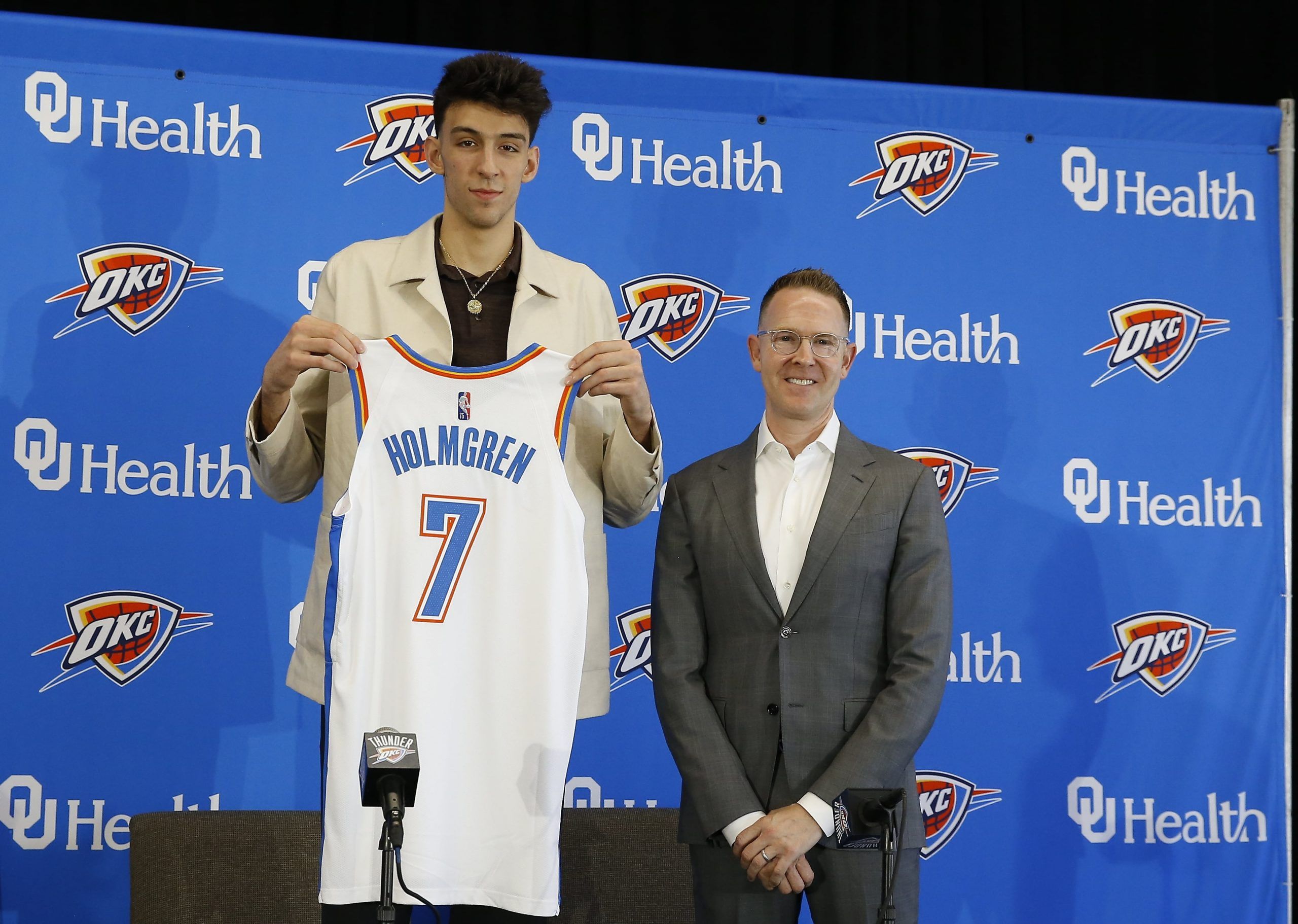 We’re still months away from the NBA season even starting, but the hyper-reactive futures market is already in midseason form.

Chet Holmgren’s debut caused a serious stir this week after the second overall pick put on a show in his Summer League debut. The performance immediately pushed FanDuel to cut Holmgren’s Rookie of the Year odds from +500 to +360, now the favorite just ahead of first overall pick Paolo Banchero. DraftKings also saw a huge influx of handle and moved Holmgren’s odds accordingly, illustrated below.

Over the last 24 hours, 62% of the bets and 87% of ROY handle on DKSB are on Chet. pic.twitter.com/mUtmZKQsTs

MGM also saw a similar move from +475 to +400 despite the fact that Jaden Ivy is still their biggest liability in the market. PointsBet also shifted from +500 to +400 overnight. These types of moves after just one exhibition game immediately begs the question: did the market overreact to what they saw?

“Absolutely,” said DraftKings NBA Expert Julian Edlow. “Any time we see major movement on an award market due to just one game, it’s generally an overreaction. In this case it’s even more of an overreaction because the fantastic game Holmgren had doesn’t even count towards his ROY campaign — it was a Summer League game in which he was supposed to be the best player on the floor.”

Edlow makes a fantastic point, and provides us with a good overall lesson about the futures market. While it might feel good at the time to try and “catch a falling knife” by following the herd and tailing the steam, you’re more than likely making a bad bet in the long run if you buy directly after a big move. This is especially relevant in a market that still has 10 months until maturity.

In this particular instance, the move wasn’t so big to say it’s impossible to still find value betting Holmgren. Even at Fanduel, which saw the biggest shift from +500 to +360, that’s only a 5% shift in implied probability from 16.67% to 21.74%.

Oddsmakers I followed up with also agreed the move was a bit overstated, but still have Holmgren rated as the first or second player on their odds board, so it’s also fair to say he might have been underpriced to begin with and now the market is fully caught up.

Chet Holmgren's NBA Rookie of the Year odds at @CaesarsSports moved from +550 to +375 last night.

Your biggest takeaway here should have very little to do with Holmgren and his chances of winning ROY, but instead a more valuable lesson about reading a market. In this specific case, Holmgren very well could still be a good bet at some point during the season to win the award, but buying this early after a knee-jerk reaction to a glorified pickup game against lesser talent is just not a sound investment, even if the bet ends up winning.

I’ve become increasingly bearish over the past couple of years about buying early on futures, especially in overly saturated markets like the NBA or NFL. The news cycle seems to get more volatile with each passing season and the free agency period has more drama in it than most reality TV shows. Edlow agrees, and will also be taking a patient approach this summer.

“In this specific season, my advice is to wait,” added Edlow. “I don’t think there’s any great value on the board right now, pending the Kevin Durant market. If KD lands with Phoenix, Miami, Toronto etc., they could be worth an immediate bet before the odds shift significantly. Otherwise, the NBA is as wide open as ever, with 6-8 teams that could really win it all.”

But after the dust settles, there is a specific market Edlow will be targeting.

“Once the offseason falls into place, I’ll start to dig into the win totals market,” added Edlow. “Generally for team futures and the award markets, I don’t get involved until the season is underway. I like the advantage of being able to see some of the season play out to make these decisions.”

My overall advice for NBA betting in the off-season is too stay patient and not overreact to rumors,” added PointsBet Trading Analyst Micahel Korn. “NBA free agency is obviously always a frenzy, but I would say the key to navigating it is to just stay level headed with your bets. Looking for over adjustments is another fun way to try to find some value.”

Flexibility is key with the futures market, and once you’re locked in to a position, sometimes it can be hard to wiggle off the hook. I will also be staying very patient with the NBA futures market until some of the pieces on the chess board fall into place.