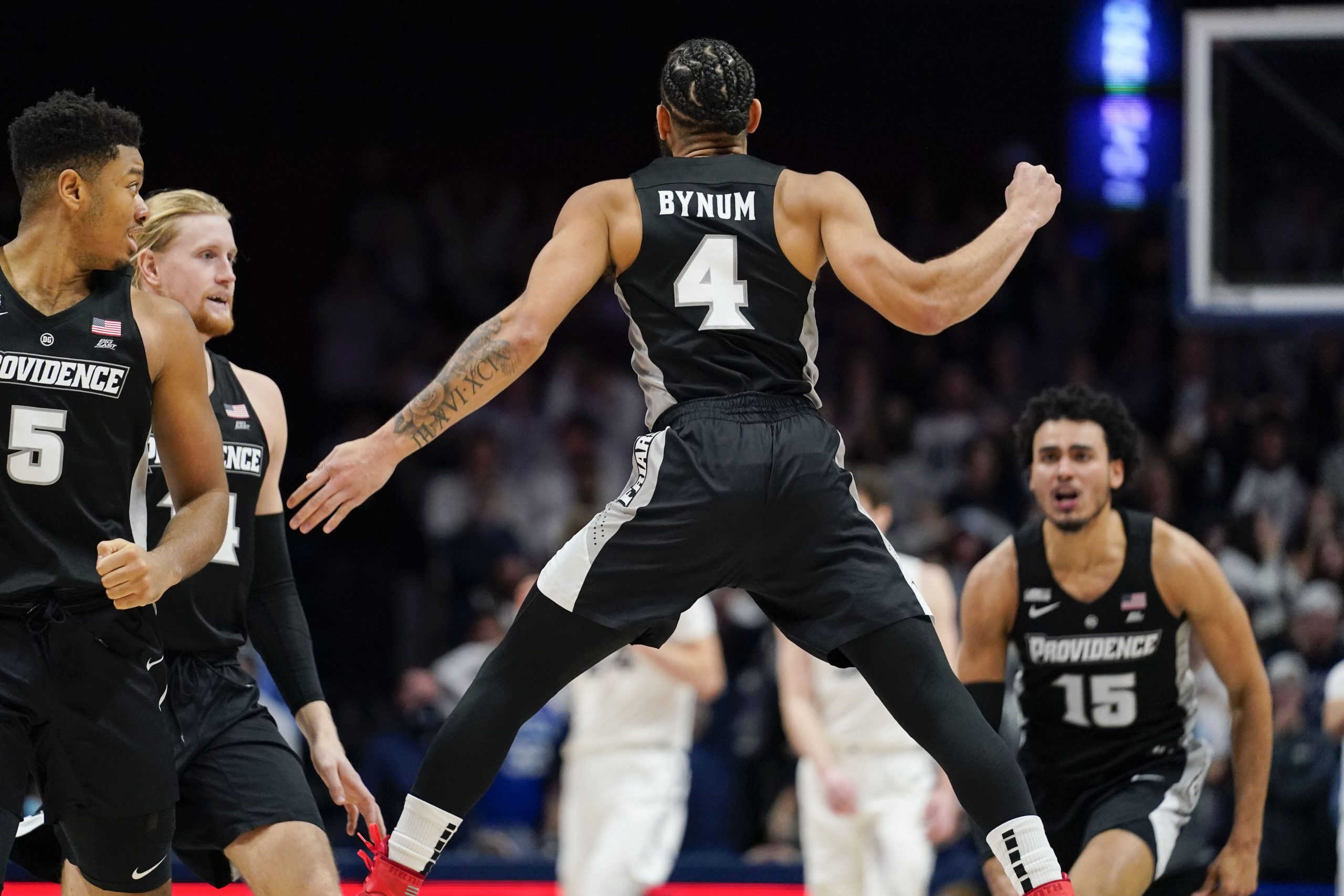 The Big East Tournament. Madison Square Garden. That’s all I need to get goosebumps, and I hope you feel the same way about this magical event. Though the league’s composition has fundamentally changed – where for art thou, Syracuse? – this tournament still has an overflow of energy and drama every single year.

This season looks no different. Xavier is squarely on the bubble, making the Musketeers’ opening-round game against Butler a must-win. They might also need a win over Providence in the quarterfinals to truly feel comfortable.

Those Friars have been a terrific story this year. Ed Cooley and his team won the first Big East regular-season title in school history. Even devout Friars fans would acknowledge that they benefited from not having to play 3 difficult games, though: at Seton Hall, at Creighton, and home to UConn. They may yet get a chance to prove their superiority against one or two of those teams here.

This also marks a “last stand” for St. John’s. The Red Storm entered this season with plenty of hype – particularly from their own fanbase – but they need to win this tournament to see their name pop up on Selection Sunday.

Let’s start by taking a look at the odds, courtesy of FanDuel Sportsbook:

Despite not winning the regular-season title, Villanova is the favorite no matter where you look. The Wildcats swept 1-seed Providence and rate well ahead of them in every set of analytical rankings.

As they are every year, the Wildcats are exceptionally disciplined and play with tremendous patience on the offensive end. Super-senior point guard Collin Gillespie leads the attack, a savvy veteran who embodies Villanova basketball. Justin Moore, Brandon Slater and Jermaine Samuels provide plenty of complementary production, and all three are switchable defenders.

The emergence of Eric Dixon as a legitimate interior force has been a huge boon for Villanova. The burly lefty has terrific footwork on the block, and he has held up well against some of the more heralded big men in the league.

However, the Wildcats also lack top-end talent. Jay Wright’s most successful teams have had legitimate NBA talent. This roster lacks any surefire pros; instead, it is a balanced collection of rock-solid players. That could limit Villanova’s postseason upside.

Jay Wright and Villanova rarely get swept in the regular season, but Marquette managed to pull off that feat this season. The Golden Eagles have been outstanding as an underdog this season. Per TeamRankings, they are 11-5-1 against the spread as an underdog with eight (!) outright wins. They will not square off against Villanova again until the final, though.

Marquette will be a slight favorite against Creighton in the quarterfinals. The Bluejays have lost some appeal following the loss of point guard Ryan Nembhard to injury. He was essential to their offense, and they went 1-2 in three games without him to close the season.

If you’re looking for a long shot, the top half of the bracket is probably your best bet. As much as I like Providence in this tournament, the Friars’ inability to blow out opponents could make them vulnerable to getting upset. That means Butler or Xavier could make a run: if you like either squad, hunt down the best price you can find.

From a futures perspective, I think Providence +650 (Westgate) and Butler +8000 (BetRivers) would be my favorite wagers. The top half is vulnerable, and with Providence’s crunch-time pedigree, that number is worth a look.

Butler, meanwhile, is a different team with Bo Hodges and Bryce Nze on the court. Both are healthy, and if the Bulldogs can slip by struggling Xavier, you’re guaranteed a semifinal team.

I also think a few game-by-game angles are worth mentioning. DePaul and St. John’s both want to get into a track meet; the over is worth a shot in their Wednesday opener. In two meetings this season, the games had 173 points (80 possessions) ad 193 points (83 possessions), both in regulation. The steam is pushing the total down, but I would bet the over up to 158.

Finally, Seton Hall is laying double-digits to Georgetown on Wednesday. The Hoyas nearly won at Seton Hall just one week ago, and I think that number is too high. Even if Georgetown gets down big, they have shown a consistent ability to sneak in the back door, and they will not quit with their season on the line. Anything +10 or better is appealing.