Well, March Madness is in the books, and it sure didn’t disappoint. The action was jam-packed, with everything a college hoops fan could ask for and more. Baylor shockingly dominated Gonzaga in the title game to finish things off, and you can read our reaction to that here. Right now we thought we’d digest some of the data relevant to betting from the tournament. Perhaps it’ll be helpful for the 2022 NCAA Tournament, which can’t come soon enough. Let’s dive in:

Things ended up pretty evenly split, so you’ve got to tip your cap to oddsmakers. Underdogs started fast in the Round of 64, but favorite started chipping away. Underdogs did cash in two of the final three games though to ensure they finished just above .500 for the tournament. At less than 52 percent, it still wasn’t enough to be profitable assuming -110 juice. Nothing’s better than a March Madness underdog, and they had plenty of success on the money line.

While blindly betting underdogs wouldn’t have made you anything, blindly betting the under would’ve. The over went 2-1 in the final three games, but the under still went an impressive 36-26 for the tournament. That’s a cash rate of over 58 percent. The under got even sweeter as the stakes got higher, as it was 9-3 in the Sweet 16 and Elite Eight. That could be something to keep in mind for next year’s tournament. The under also was a perfect 4-0 in the First Four, so it really went 40-26 if you count those games.

The real money maker of March Madness was the PAC 12. If you’d blindly bet on the conference, you would’ve made a fortune. The PAC 12 played 16 games (not counting the Oregon vs. USC showdown), and only failed to cover twice. That being Colorado in their loss to Florida State, and USC in their loss to Gonzaga. They showed time and time again that they didn’t deserve all the flak they’d caught this year. UCLA was an overtime banked three away from knocking off Gonzaga themselves. It’ll be interesting to see what the odds are on PAC 12 teams during non-conference games next year, and whether oddsmakers over or under-adjust. 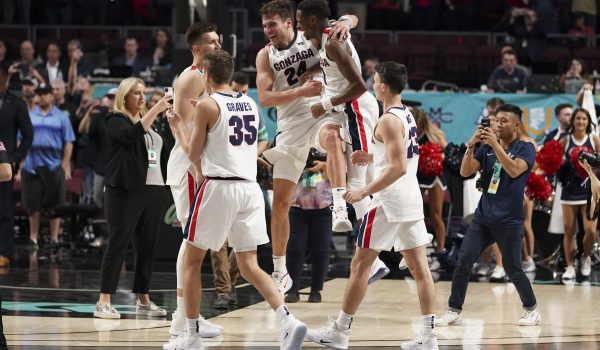 The game we are all been waiting for is here: Gonzaga vs. Baylor for the…
View Article