March Madness futures best bets entering the Round of 32: Purdue pours it on 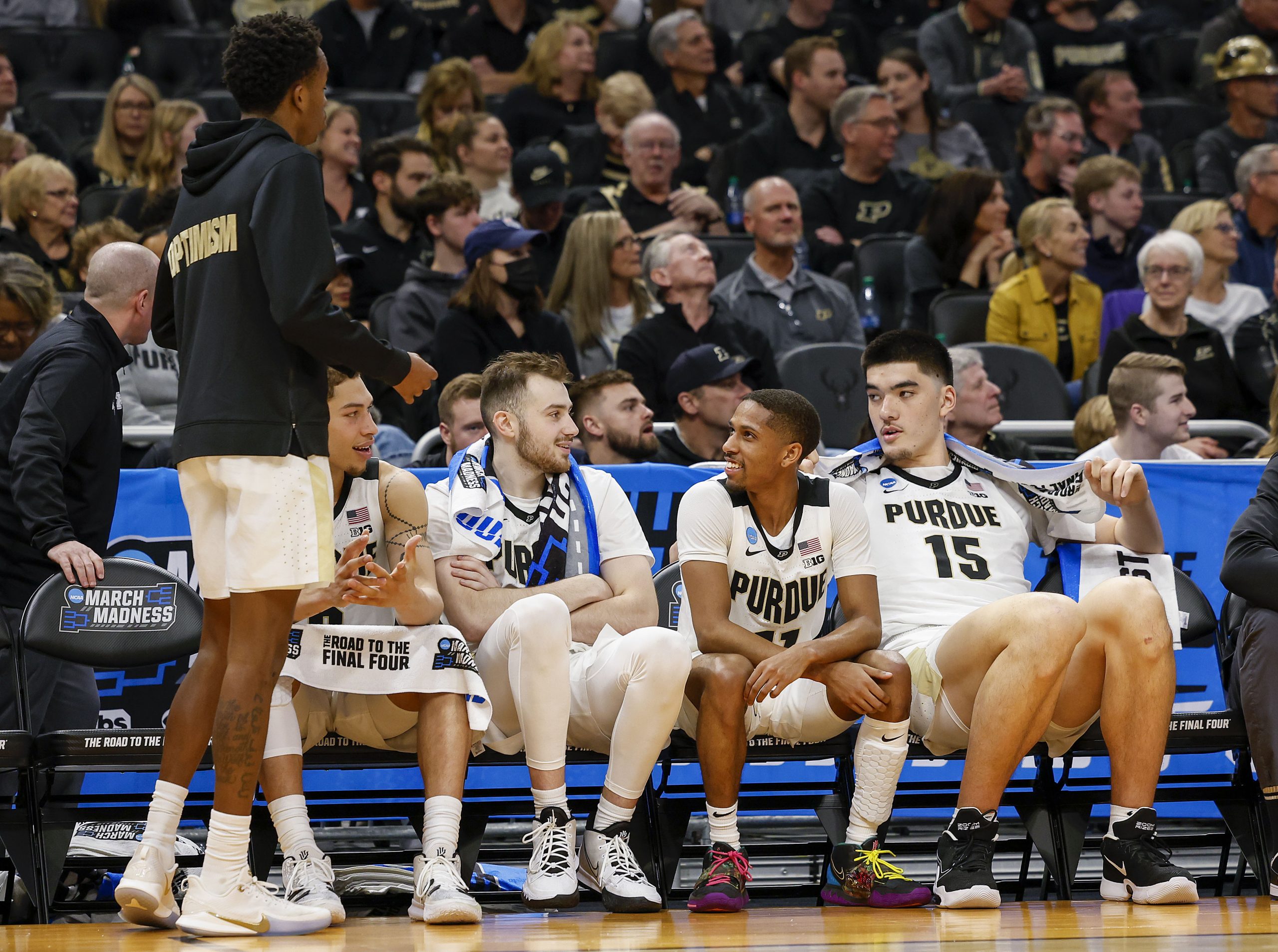 With the First Round of March Madness now in the books, we’ve already seen a bit of chaos. And it’s been a whole ton of fun! With 32 teams now remaining, the landscape of the bracket has changed and presented opportunities to revisit the futures market. Let’s reset, take a step back, and see how the dust has settled. With the possible paths for each team becoming clearer, two potential futures worth considering jumped out to me. Odds are courtesy of FanDuel Sportsbook. Let’s dive in to my two best bets to win it all:

Purdue easily defeated Yale in their Round of 64 game and now have a desirable path in the East Region. The most obvious reason for this is the fact that #2 seed Kentucky shockingly lost to #15 Saint Peter’s on Thursday. Kentucky was a team picked by many, including me, to come out of the East Region. The reason I liked the Wildcats was because I thought that they could exploit Purdue’s lack of perimeter defense, as well as battle with Purdue’s Zach Edey and Trevion Williams thanks to Oscar Tshiebwe. However, that’s why you play the games. Kentucky is out and Purdue is now the clear favorite to reach the Elite Eight.

If the Boilermakers can reach the Elite Eight, their toughest opponent would be Baylor. The Bears would certainly have an athleticism advantage in that matchup, but I prefer Purdue’s price of +1800 to Baylor’s +1000. Baylor also has a tougher path in my opinion, as North Carolina and Saint Mary’s are both playing extremely well. With Purdue’s primary obstacle to reaching the Elite Eight now eliminated, consider adding the Boilermakers at +1800 to win the National Championship.

The Jayhawks are in a similar scenario as Purdue, as their path has gotten significantly easier after the opening round of games. Kansas will face #9 seed Creighton on Saturday, but the Blue Jays will be significantly short-handed in that one. Center Ryan Kalkbrenner left the game against San Diego State after injuring his knee and has been ruled out for the remainder of the tournament. Kalkbrenner is the second-leading scorer for Creighton, and his defense is the primary reason that the Blue Jays rank 17th in the country in KenPom’s adjusted defensive efficiency. Furthermore, Creighton ranks 19th in field goal percentage defense at the rim. The on/off numbers from HoopLens paint a worrisome picture without Kalkbrenner on the floor, as the Blue Jay defense allows just 0.9 points per possession with Kalkbrenner on the floor, versus 0.98 with him off the floor. The offense is a similar story. Creighton scores 0.99 points per possession with him on the court, compared to just 0.91 with him off the court. A math degree isn’t required to see that his absence is a monumental blow to Creighton’s chances.

Kansas is obviously a huge beneficiary of Kalkbrenner’s injury, as they are currently 11.5-point favorites in their second-round game. However, this isn’t the only improvement to their path to New Orleans. #5 seed Iowa, a team picked by many to be a sleeper to win the Midwest region, lost to #12 seed Richmond in the Round of 64. Richmond now takes on #4 seed Providence, who is by-far the worst of the #4 seeds from an analytical perspective. No matter who wins that game, they will be a significant underdog to Kansas. The Jayhawks will still need to contend with the bottom-half of the bracket which includes #2 seed Auburn, but it’s unlikely that Kansas will slip up before then. Per BartTorvik’s NCAA Tournament simulator, Kansas is given a 13.7 percent chance to win the National Championship, which is only below Gonzaga’s chances. The Jayhawks would not face the Bulldogs until the final, so that is another positive of their potential path. 13.7 percent chance according to BartTorvik’s efficiency rankings also means that our +950 odds are fair. +950 equates to a 9.5 percent implied probability, so on paper we have some value with the Jayhawks.