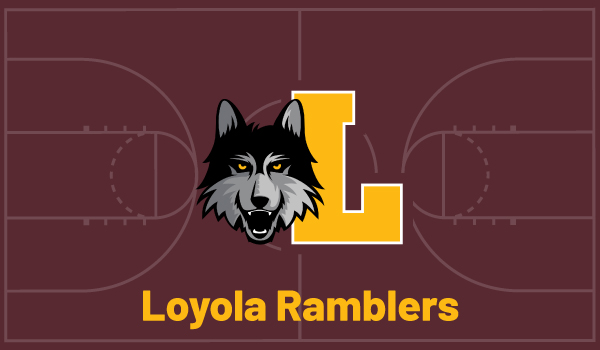 With the regular season over, March Madness is right around the corner. It’s one of the best events in all of sports, and a godsend for bettors. The first weekend of the NCAA Tournament is especially fun to wager on, and as the tourney gets closer we’ll be bringing you everything you need to get ready. We’ll be taking a look at all of the teams one by one, and today we’re breaking down the top squad in the Missouri Valley Conference, the Loyola Chicago Ramblers.

It’s only been a couple years since Loyola Chicago’s incredible Final Four run, can they recapture that magic here? I don’t think they’ll go quite that far this time around, but this team is better on paper than that one was. They’ve got the nation’s most efficient defense according to Kenpom, and that alone is enough to give them significant upside in this tournament. One big problem is that after Krutwig (15.0 ppg), nobody averages more than eight points per game. That lack of a true second option could haunt them if Krutwig has an off night.