HomeAnalysisCollege Basketball AnalysisMarch Madness Second Round: Which Favorites Are Most Vulnerable To A Second Round Upset 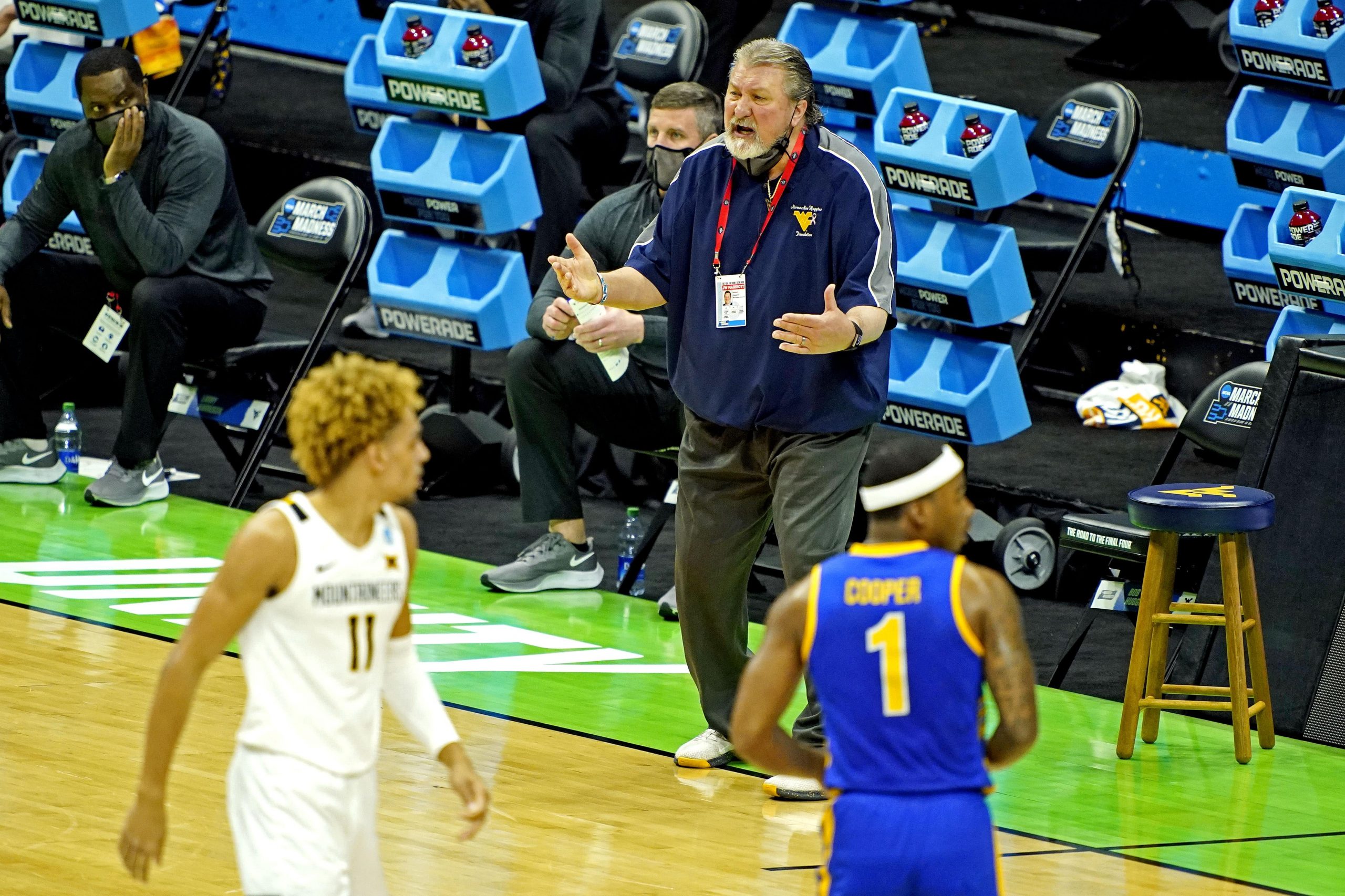 The first two days of March Madness are in the books, and it’s time to take a look at the Round of 32. These teams all made it through their first-round game safely, but now face a new opponent that will provide new challenges. Listed below are three teams favored in their second-round game that might be vulnerable to having their NCAA Tournament run end earlier than expected.

West Virginia is vulnerable because of the matchup with their second-round opponent, Syracuse. Syracuse yet again won a first-round game as a double-digit seed, something that seems to happen almost every year. Their zone is hard to prepare for on a quick turnaround, and West Virginia has struggled against zones this season. Per Synergy, West Virginia ranks in just the 15th percentile against zone defenses this year, so perhaps Syracuse’s 2-3 can give the Mountaineers some issues. On the other end, Syracuse’s Buddy Boeheim is one of the hottest players in the country right now. He started it in the ACC Tournament, and continued it in their opening game, as Boeheim went for 30 points on 11/15 shooting. West Virginia’s defense surprisingly ranks just 65th in adjusted defensive efficiency, so if Boeheim remains hot, we could see Syracuse go from the bubble to Sweet 16 once again.

Houston is rightfully a decent-sized favorite in this game against Rutgers, but that doesn’t mean they are not vulnerable. The main reason for this vulnerability is the status of DeJon Jarreau. Jarreau got hurt early in their opening game against Cleveland State and never returned. Kelvin Sampson’s comments made it sound like Jarreau could miss this game against Rutgers, but for now he is listed as questionable. Jarreau is the straw that stirs the drink for the Houston offense, as he ranks 90th in the entire country in assist rate. He also was the American Athletic Conference Defensive Player of the Year this season. It’s safe to say his possible loss would be significant.

Houston is also facing a Rutgers team that struggles on offense, but ranks 14th in the country in adjusted defensive efficiency. This is meant as a compliment, Rutgers often wins by making the game ugly. This game should be a low-possession slugfest, where it’s entirely possible that Rutgers emerges victorious without Jarreau.

The Cowboys might have the future number one pick of the NBA Draft leading their team, but they are vulnerable in this matchup with Oregon State. The first reason for this is the tempo discrepancy we will likely see. Oklahoma State ended up winning by nine against Liberty, but the game was closer than the final score indicates. The main reason Liberty was able to keep this close was the fact that they slowed the game down, not allowing Oklahoma State to get in the open court. Oregon State is going to try to do that same thing, as the Beavers rank 313th in adjusted tempo.

They will be deliberate with their offensive possessions, which won’t allow many transition opportunities for Oklahoma State. From there, Oregon State will frequently fall back into a zone, which is a great idea against Oklahoma State. The Cowboys rank in just the 14th percentile against zone defenses this season, so we could see them struggle on the offensive end. At the end of the day I think Cade Cunningham makes enough plays to help the Cowboys advance, but they still should be labeled as vulnerable in this matchup.