Minnesota Vikings: What will their 2020 record be? 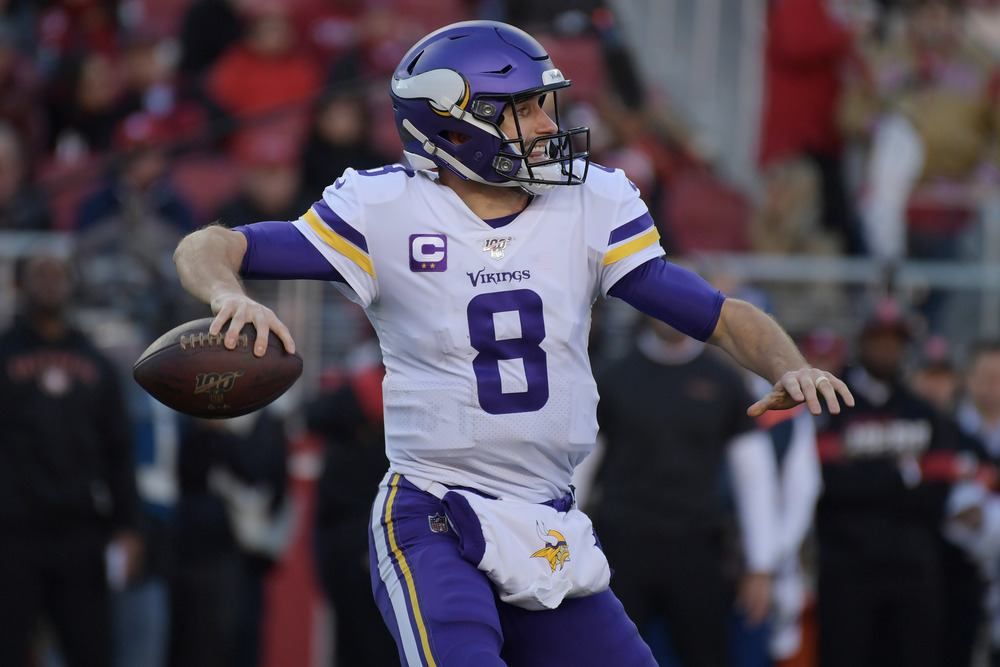 One of the best home teams in 2019 will look to continue their winning ways as the Minnesota Vikings should be another top team heading into this season. Even though the Vikings have cut ties with wide receiver Stefon Diggs, the partnership between quarterback Kirk Cousins and new offensive coordinator Gary Kubiak will be the main event.

Let’s see if the Vikings can move on from WR Stefon Diggs, as Pickswise takes a look at each game-by-game and predicts the outcome for the Minnesota Vikings this upcoming season.

As stated above, the Minnesota Vikings were one of the best home teams in 2019. They begin the new season with a statement victory. Win

The Colts are going to surprise a lot of people in 2020. Kirk Cousins might be a strong veteran leader, but Rivers will showcase why he still has the magic touch. Loss

Both teams are known for having an aggressive hard nose defense. Giving the slight edge to Cousins in week three as it will be interesting to see if Ryan Tannehill can perform another consistent season. Win

A huge matchup in week five as the Vikings will look to finally take down the Seahawks. However, it seems Minnesota struggles in Seattle often and will in 2020. Loss

A possible shootout here as the Vikings hosts the Falcons. Huge lean to Minnesota as the running game will be the difference. Win

Green Bay gets the revenge in week eight as they shut down the running game and control the game from the start. Loss

This one might get ugly fast. Expect Cook to bounce back from week eight with a 110-yard performance. Win

It’s going to be interesting to see who starts for Chicago. Foles should be getting the nod throughout the season but the defense will not save him here. Win

An unexpected challenge comes in week 11 as the Dallas Cowboys play one of their best games in 2020 and take down the Vikings. Loss

Easy rebound game as the Minnesota Vikings could run the ball every play and possibly beat the Carolina Panthers. Win

An average Jacksonville offense will not stand the strong Minnesota defense. Win

Can Kirk Cousins defeat the HOF QB, Tom Brady? It comes down to the wire but I lean with the more weapons in TB. Loss

Time for the sweep. With playoffs on the line, the Vikings will not allow the hopeless Bears to mess up their chances. Win

Revenge win here for the New Orleans Saints. After the Vikings shocked the football world in OT against New Orleans last year, Drew Brees gets the last laugh in 2020. Loss

Another sweep for the Minnesota Vikings as they end the season with a huge performance against the Lions. Win

Taking an early look at the 2020 Minnesota Vikings season, I have them finishing with a 10-6 record. In 2019 they finished with a 10-6 record and finished second in the division. In 2020 I expect them to stay en route for another playoff visit.