NASCAR Cook Out Southern 500 preview and best bets: Logano gets it done 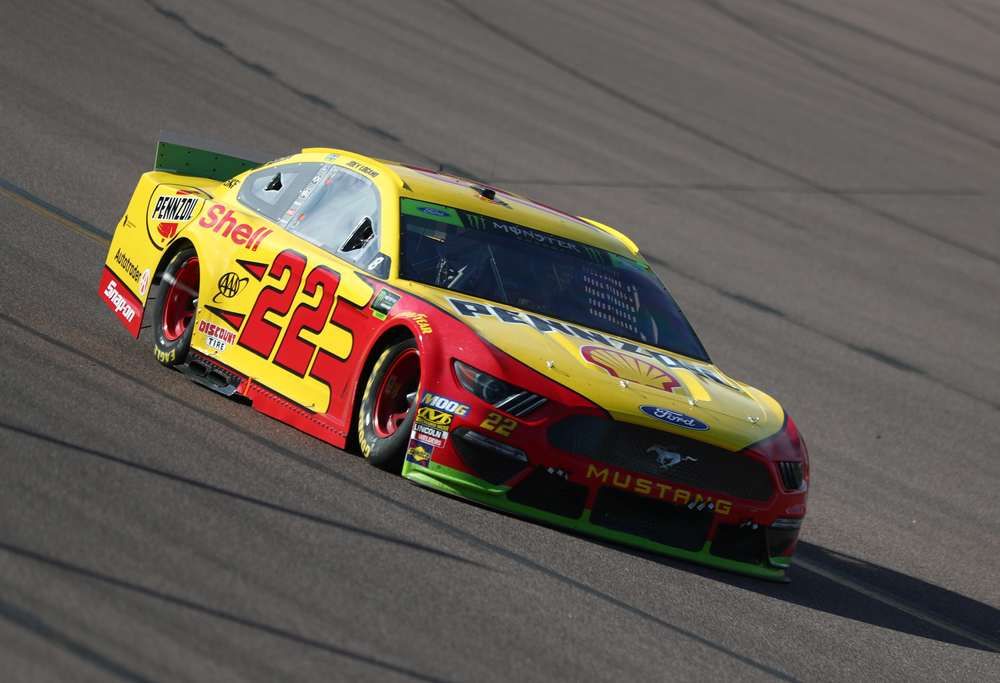 Darlington. The Lady In Black. The Track Too Tough to Tame. All of those names are for the same, very tricky, South Carolina race track — Darlington Raceway. One of the original tracks of NASCAR, it’s kicking off the NASCAR Cup Series playoffs on Sunday with the Cook Out Southern 500. While it’s the second trip to Darlington this year, there’s more on the line this time around as the winner automatically advances to the Round of 12.

Let’s get a refresher on what the track is like and what that means for betting this race.

This is one of the more unique tracks on the NASCAR schedule. At 1.366 miles per lap, it’s classified as an intermediate even though it’s a tad shorter, .17 miles, than a standard intermediate. It’s also a far different shape — an egg. Turns 1&2 are wider and than turns 3&4 and that can make setup on the cars very tricky for teams to get the balance correct. The surface on this old southern track is also quite worn out. In terms of tire wear, Darlington ranks right up there with Auto Club, Homestead, and old Atlanta, which means we’ll see drivers battling their cars all night. Darlington is also a track for which track position matters quite a lot. Passing can be tough here.

What does all of this mean for betting? Well, over the last 7-of-10 races here, the winner has started P9 or better including the last three being P4 or better. Even though the May race was a bit chaotic, it’s generally pretty tough to nab a top-10 here unless you start close to P10. This track also favors experience drivers rather than young ones who don’t know how to save tires or drive a loose race car.

Logano won here in May from the pole and led 107 laps in the process. Guess what? He’s starting on the pole again for Sunday after a blistering qualifying lap. His 22-car has been fast on similar tracks this year including Auto Club, Gateway, and Nashville. He likely won’t stop up front the whole night, however don’t expect him to drop back much and he’ll absolutely be in position to pounce late in the race much like he did in May with two laps to go.

Speaking of May and two laps to go, Byron was the recipient of that move. Or shove shall we say. He had a ton of speed in the May race and led a solid chunk of laps while nearly winning. He’s credited with a P13 finish in that race, mainly because the car was so damaged from getting smashed into the wall. This weekend though, Byron has been on the record saying that he expects to be fast and he showed that in practice and qualifying. Starting P3 gives him a great shot at hanging in position to win and pouncing late, perhaps retaliating for what Logano did to him earlier this year.

Prior to his engine failing in the May race, when he started P2, he’d finished P2 in three straight races here. He’s also running the Xfinity race on Saturday and getting more track time is never a bad thing. Aside from track history, he also got faster the longer he ran in practice as well. While his single-lap speed was only P19 and his five-lap average was P12, his 10-lap average for P5, 15-lap was P2, and 20-lap was P1. With 367 laps in the race, there’s bound to be a lot of green flag runs. With Larson getting faster as the run goes, that only benefits his chances of winning.

Hold up, we’re talking about a non-playoff driver in the playoffs? Truex isn’t a playoff driver, having barely missed making the cut by three points, however, he’s still racing. Truex has been great here in the past and along with Larson, was clearly one of the best cars on track at practice. He’ll need help coming from 17th in the grid to win, however, that’s where not being in the playoffs helps. He can focus his strategy simply on winning the race and not having to worry about stage points or what the best strategy for mid-race is. Pitting off-cycle from the playoff drivers and those concerned with stage points can gain him track position. After that his long-run speed and track history should do the rest.

While I did say in the intro that 70-percent of recent winners have started inside the top-10, the three that didn’t started P16, P15, and P13. Another check toward Truex.

It’s pretty clear that he had the best car in practice over the long run. In fact, as his car was on the track longer the faster it got. We’re already taking him with a shot to win so we’re hedging our bet at this point with him simply needing to be the highest finisher among six cars. To add to it, he has the best average finish average finish among the Toyota drivers in the last six races here.

I had this bet earlier this week at +300 on DraftKings before cars were on track so why wouldn’t I like it with longer odds? He finished P6 at Auto Club, P11 at Darlington, and P5 at Gateway earlier this year which are all similar tracks. The high-tire-wear tracks have been good to Almirola over the last few years and even with a starting spot of P22, he, like his SHR teammates, are great at in-race adjustments and strategy making this a good return on a solid bet all week.

The other drivers in the group are Christopher Bell (+180), Ryan Blaney (+350), and Kevin Harvick (+550). To me this is an easy one. Blaney has just one top-10 in his 11 races at the track, Bell tends to go backward here more than he holds his spot, in this case starting P2. While Kevin Harvick has been very solid here to be sure, with a decade of top-10s under his belt, Byron is simply too fast for Harvick. Byron should’ve won in May and is one of the three fastest cars on the track this weekend based on practice. Let’s take the near 2-1 return on this group bet.