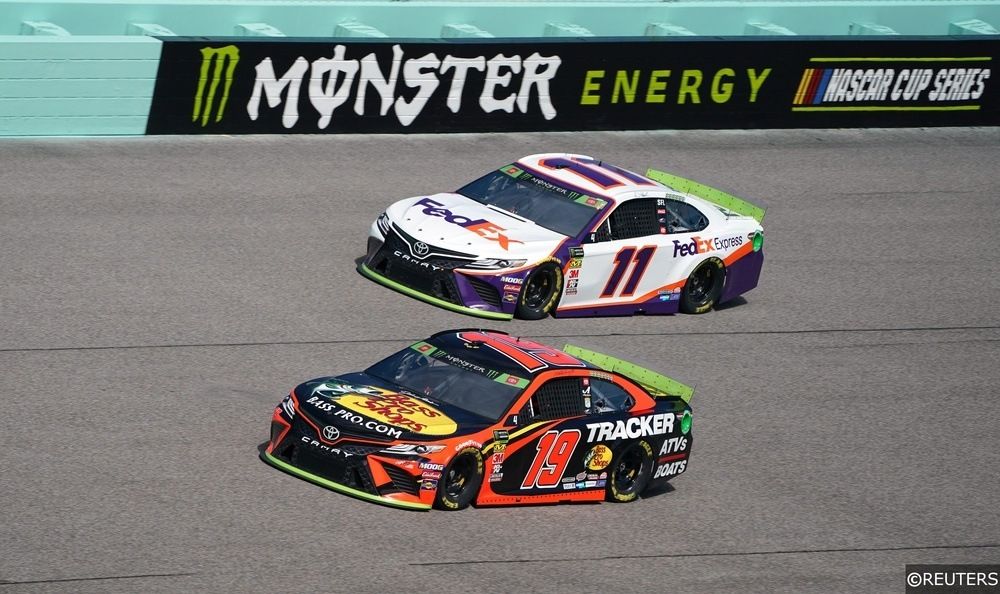 It’s here, not only the final NASCAR race of the 2019 season, but the Championship Four will duel for the 2019 NASCAR Monster Energy Cup Series championship. Homestead-Miami Speedway will be the battlefield as NASCAR’s best will try to outduel to competition one last time in 2019. Plenty of non-playoff drivers could still be in play for the race win, but the focus will be on Martin Truex Jr, Denny Hamlin, Kyle Busch, and Kevin Harvick. Let’s dive into the 2019 Championship Four Best Bet and Preview for Sunday’s race.

Martin Truex Jr has seen yet another highly successful season in 2019. With a series-leading seven victories, Truex looks in prime position to capture his second series championship, which would be his second in the last three seasons. Truex’s wins this season have come on some of the sports most significant races, including the Coca-Cola 600 for a second time in his career. He also notched his first wins at a short track this season winning at both Richmond and Martinsville. Regardless of the outcome at Homestead, Truex Jr has really become one of the sport’s best.

Denny Hamlin has had a championship-caliber season in 2019. Of the four drivers in the Championship Four in 2019, he is the lone driver who has yet to win a NASCAR Championship. He was close in the 2010 season as he finished runner-up to Jimmie Johnson. His six wins, this season has been a huge boost for a driver who has arguably dropped to the third-best at Joe Gibbs Racing. A win in the Ford EcoBoost 400 at Homestead, would end the long wait. The way he was able to win the Daytona 500 at the beginning of the season, would make a Championship the perfect ending to a storybook season. Behind JGR power, Hamlin like teammates Busch and Truex will have a good chance on Sunday.

Of the four championship four-driver, Kyle Busch might have the least amount of momentum heading into the championship-deciding event. Busch a 4-time winner this season, has found victory lane since June, at Pocono. He has some strong finishes since then, but the focus and strong performance that is expected just hasn’t been there through much of the 2019 season. He looked like a favorite all season but hasn’t been that much of a factor like he has been the previous four seasons. Many have doubted before, and like the other three, all four will have an opportunity on Sunday.

It was a slow start for not only Kevin Harvick this season, but also for Stewart-Haas Racing all season. Kevin was the only driver at SHR to find victory lane in the cup series in 2019. His four wins all came in the second half of the schedule. That included a second victory in the Brickyard 400 of his career. He might not have been near the top this season in NASCAR, but he has sure set himself up for a real shot at his second series championship.

Four very capable drivers in the Championship Four in 2019, but only one will claim the prize at the end of the day. All share similar odds for winning the Ford EcoBoost 400 as well, but the one driver of the four that stands out with the best shot at winning the championship has to be the #11 FedEx Toyota of Denny Hamlin. Why you may ask, well he is the lone driver of the four who hasn’t won the championship. Based on trends there has been a different championship winner in each of the last five seasons under this playoff format. Hamlin is the lock for the Championship Four Best Bet.