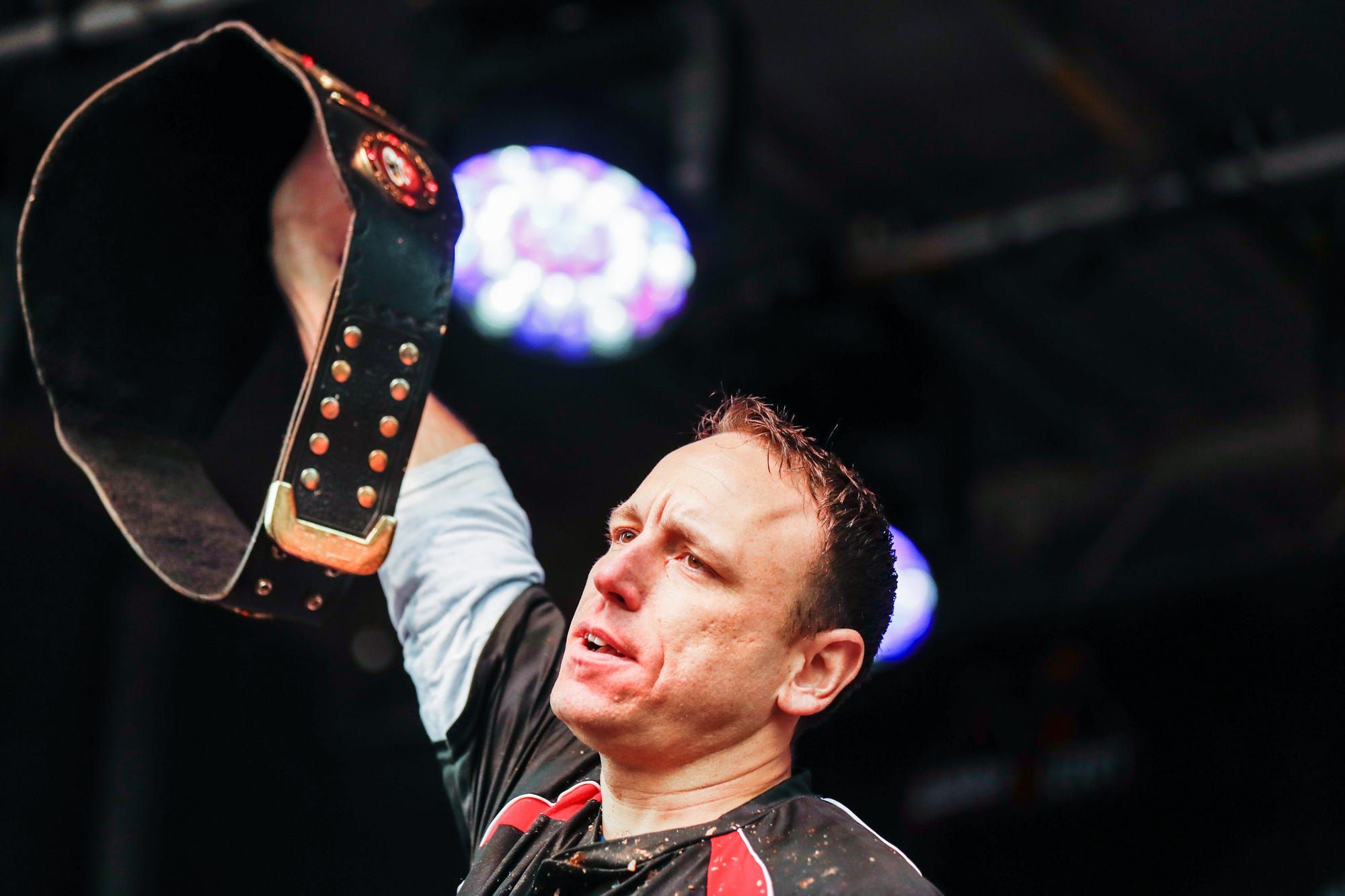 Is there anything more American than the annual Nathan’s Hot Dog Eating Contest on July – and watching American hero Joey Chestnut dominate it year after year?

I’m really not sure.

Chestnut and the rest of the hot-dog eaters will be back on the national stage to celebrate Independence Day in the only way they know how: by scarfing down as many ‘dogs as possible as quickly as possible. It will be televised live on ESPN, the Worldwide Leader in Sports, and that is exactly the kind of treatment it deserves. After all, this is perhaps the greatest competition in the entire world of sports. If it’s not No. 1, then the only events it trails are the Super Bowl and the World Cup final. But, let’s be honest, it’s probably No. 1.

Okay, I jest (sort of). Now it’s time to get serious. You can bet on pretty much anything these days, and the Nathan’s Hot Dog Eating Contest is no exception. Fortunately for American hot-dog eating fans, the prestigious Mustard Yellow International Belt is all but guaranteed to stay at home thanks to Chestnut. Unfortunately for bettors, there aren’t any real options on the outright market. Simply put, Chestnut is going to win. There isn’t any doubt about that. If he doesn’t, it would be the biggest upset in sports history – bigger than the Miracle on Ice.

Of course, there isn’t any value on the 38-year-old as a massive favorite nor is there any value on the rest of the field as massive underdogs. Aside from the aberration that was 2015 (when Matt Stonie stunned Chestnut 62 to 60), nobody has been able to challenge JC since Takeru Kobayashi stopped competing in the contest in 2011.

Thus we must look elsewhere for a good bet. Let’s take a look.

It’s never fun to fade Chestnut, but he can still win even without consuming more than 74.5 hot dogs. In fact, he will win. The only questions are: by how much and after eating how many?

We can still root for Chestnut while also backing him to finish under the number. That’s exactly what I’m doing here. The Kentucky native has exceeded 74.5 in each of the last two summers, but those are the only times he has done it. That means Chestnut has never surpassed 74.5 in any trip to the hallowed grounds of Surf and Stillwell Avenues in Coney Island, New York, where the competition returns in 2022 following a 2-year hiatus. It was held indoors in 2020 because of the Covid-19 pandemic and last year it took place amidst a limited capacity at Maimonides Park, a minor-league baseball stadium.

It should also be noted that Chestnut is on crutches right now due to a ruptured tendon in his leg. “I’m not eating with my leg,” he announced at Friday’s weigh-in, assuring fans that he is good to go. That’s true, but at the same time it certainly can’t help.

Despite being injured, Chestnut is a lock to win a 15th Mustard Yellow International Belt, cementing his status as not only a legendary athlete but also quite simply a legendary man.

“When the barren hills and the cracked earth and the once-proud oceans drain to sand, there will still be a monument to our existence,” contest George Shea declared to the masses attending the weigh-in. “This man represents all that is eternal in the human spirit.”

Truer words have never been spoken…but there is still too much value on the under at plus money. 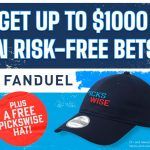 Sign up with FanDuel, get a $1,000 risk-free bet AND a free Pickswise hat! 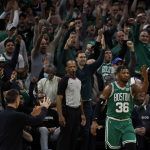