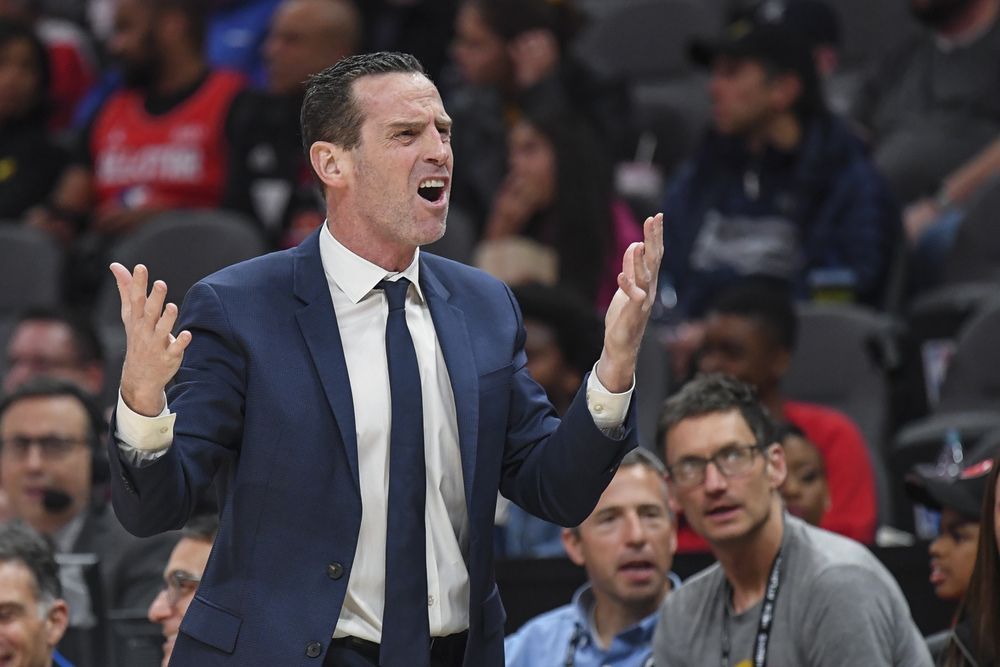 The Nets shocked the basketball world this morning when they parted ways with head coach Kenny Atkinson – a move that will only increase the urgency for a squad to snag the East’s second seed.

“After discussions with Kenny about the progress of the season, we mutually agreed that a coaching change would be in the best interest of the team,” said general manager Sean Marks (via Sopan Deb of The New York Times). “This was an extremely difficult decision, however the organization believes it is one that is necessary at this time. Kenny was instrumental in developing our players and building the identity and culture we have become known for over these past four seasons. The foundation he helped put into place here is one that we will continue to build on in the coming seasons.”

Assistant Jacque Vaughn will take over in Atkinson’s stead.

While the Nets have been a bit disappointing this season, they’re still in a playoff position despite getting only 20 games from their two best players (Kyrie Irving and Kevin Durant). Plus, it was thanks to Atkinson that Brooklyn exceeded expectations back in 2019, leading to the Nets even being a suitor for the pair of prized free agent acquisitions.

The move was described as a “mutual decision,” with Atkinson, Marks, and owner Joe Tsai also taking some responsibility.

However, considering Irving’s public-image hit, it’s not too shocking that reports have already emerged that some players (presumably the influential, high-profile players like Irving) may have played a role in Atkinson’s dismissal. ESPN’s Zach Lowe said one of the contributing factors was the coach’s decision to bench DeAndre Jordan in favor of Jarrett Allen. If you remember, Irving and Durant took slight pay cuts to get their center buddy to join them in Brooklyn.

Still, if this move was indeed devised by the players, that might not necessarily be the worst thing in the world. Regardless of what you think of the Nets’ ceiling, the team was always going to go as far as Irving and Durant would take them. If the pair of stars believe they can achieve success with a different leader, then the front office absolutely has to listen.

Plus, while Atkinson has showed that he’s a solid coach, is he transcendent? Probably not. Therefore, letting go of Atkinson might not necessarily limit the Nets ceiling.

Sure, a subsequent hiring could certainly alter that ceiling, but you’ve got to trust the Nets front office to bring in the proper replacement.

While today’s news was undoubtedly peculiar, it doesn’t do much to change my opinion of the future outlook for the Brooklyn Nets.