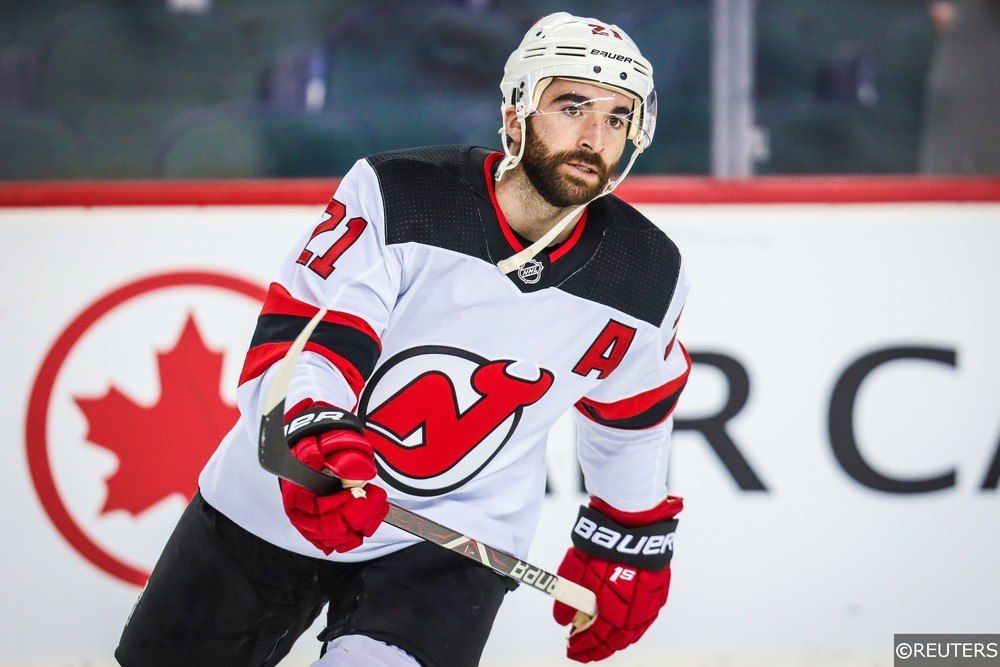 It was the bottom of the barrel for the New Jersey Devils in 2018-19 as they finished dead last in the Metropolitan Division. The team was second from the bottom in the Eastern Conference with only the Ottawa Senators finishing worse than them last season. New Jersey was good for 72 total points in 2018-19 and a disappointing 31-41-10 record. The Devils had down year after a promising season in 2017-18 when they won 44 games and finished with 97 points, before falling to the Tampa Bay Lightning in the first round of the playoffs. New Jersey has now missed the playoffs in six of the last seven seasons. They have also finished no higher than fifth in the division in that span.

Kyle Palmieri led the charge in goals and points in the 2018-19 season as he finished with 27 goals along with 23 assists for a total of 50 points. Which is disappointing given all the other teams above them had a player with over 60 total points. Nico Hischier was the assist leader with 30, also adding 17 goals for 47 points. Palmieri and Hischier were the best skaters for the Devils last season. Keith Kinkaid led the goaltending unit with 15 wins who was traded in February.

There was plenty of roster movement for New Jersey in the offseason and with three former number overall picks on the roster the Devils have plenty of young talent, along with veteran Taylor Hall. Along with Jack Hughes and Nico Hischier, the Devils have a strong and young core. The Devils were able to add gritty and all-star caliber defender P.K. Subban. Wayne Simmonds and Nikita Gusev were other key additions. It can be no worse than last season for the Devils, who selected first overall for the second time in three seasons in the NHL Entry Draft. Is this the year the Devils return to playoff contention? Let’s dive into our New Jersey Devils 2019-20 Betting Predictions.

Oddsmakers have the points total for New Jersey at 88.5. Which is a bit of a head-scratcher given the Devils only finished with 72 points last season. The last five seasons for New Jersey have been disappointing with only one playoff appearance in that span. That also includes three seasons with 78 points or less. The lowest of which came in the 2016-17 season when the team finished with 70 points and a 28-40-14 record. 2018-19 saw a decline of 25 points from the 2017-18 season as the Devils dropped from a 97-point season to a 72-point season. That was also a decline of 13 wins as well.

The scoring output is the real concern for New Jersey as they finished with just 219 goals in 2018-19. That was good for 25th out of 31 teams in the NHL. The Devil’s best stretch of the season was at the beginning as they had a very strong start to the season winning their first four in a row and five of their first seven games at home. Three of those first four wins were against playoff teams last season. The team will have to show some improvement away from the Prudential Center if they want to reach an over 88.5 points total as they won just 11 games on the road last season. Under 88.5 total points for the Devils is a good call.

Odds to Win the Metropolitan Division: +600

The Devils are in a division with some of the best teams in the NHL, so trying to put full faith in New Jersey to somehow jump up and steal the division crown, seems laughable. Especially after last season’s performance. The Devils have a group of players that should be improved, but they aren’t quite at a level that they can compete for the Metropolitan crown. In a division with the Capitals, Penguins, Hurricanes, Blue Jackets, among others, it would take a lot of issues for the teams at the top for the Devils to return to the level they were 10 years ago.

New Jersey was once a yearly contender for not only the playoffs but division titles and conference championships along with three Stanley Cups in their history. The Devil’s last division win was 10 years ago in the 2009-10 season when they were in the Atlantic Division. The Devils will have a better shot at making the playoffs than winning the Metro. Avoid New Jersey here.

The Devil’s last trip to the Conference Finals came back in the 2011-12 season, in a season they reached the Stanley Cup Finals for the fifth time. Since then only one playoff birth for New Jersey and that resulted in a first-round elimination by the Lightning. That birth was in the 2017-18 season, and after an awful 2018-19, the Devils seem to be at a crossroads. Will they be mediocre for a long time, or can they return to the level of success they saw between the 1993-94 season and the 2011-12 season. If they can return to what they have made themselves known for then this team becomes a contender overnight. They just haven’t shown it, in the last five seasons. It’s still a big question mark for if this team will be a playoff team in 2019-20, so to think that they will even have a shot at winning the Eastern Conference this season doesn’t seem logical. Who knows maybe they will shock the world. Regardless stay away from the Devils.

New Jersey has been to the top of the NHL three times in its history. The last of which came way back in the 2002-03 season. There most recent Stanley Cup Final appearance came in the 2011-12 season, which marked their fifth Stanley Cup Final. Since then it hasn’t been the same for this organization. One playoff birth since that season seems to really discredit any belief in this team reaching the playoffs, to begin with. If the Devils can replicate anything near what they accomplished in the 2017-18 season, the Devils will find themselves back in playoff contention. However, when it comes to chances at the Stanley Cup, it’s just not realistic to think this team can win it. I’ve been wrong before, but regardless stay far away from the Devils.