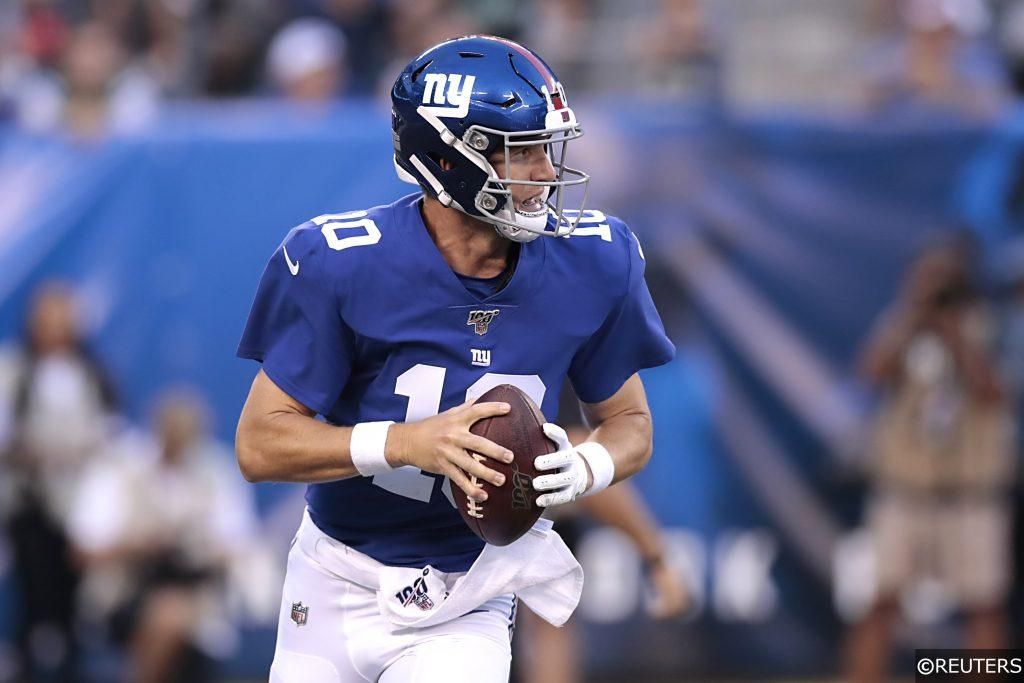 The New York Giants finished last season with five wins, and the expectations aren’t any higher this season and that is probably for good reason.

There were some big changes made this offseason but it doesn’t appear the change that probably should have been made a few years ago will happen at least yet, changing quarterbacks.

The team traded Odell Beckham Jr to the Cleveland Browns and in return got a first-round pick and Jabrill Peppers, who needs to have a big impact this season.

Last season Eli Manning threw for 4,299 yards, 21 touchdowns, and 11 interceptions and that just isn’t good enough for an NFL quarterback these days. The team did draft Daniel Jones but all signs point towards him not starting this season and it will be interesting to see if that is a smart move long term, or a big mistake.

On defense the Giants let Landon Collins walk in free agency and that left a lot of people scratching their heads. He was named to three straight Pro Bowls, but the team decided instead of paying him they would let him go to a division rival.

This feels like another rebuilding year for the Giants which can’t sit well for their fans but anything can happen in the NFL so maybe they will surprise people.

The Giants don’t have a very talented team, and they are playing a really tough schedule this upcoming season. Starting in the division they have to play the Dallas Cowboys and the Philadelphia Eagles twice, and they will be underdogs in all four of those games. They also have to play the Redskins twice and they about the same as them and might be favored in the home game.

This is also the NFC East’s chance to go against the NFC North and that isn’t good for their win total. If they can win one of the four games against the Detroit Lions, Green Bay Packers, Minnesota Vikings and Chicago Bears that has to be considered a win.

Finishing the season the Giants have to play the Bears, Packers, Eagles, Dolphins, Redskins, and Eagles. There is a chance they could be the underdog in every one of those games.

Sorry Giants fans but if you want to watch an exciting team from New York you are probably going to want to tune in to watch the Jets, because this is going to be another bad year for the Giants. I think if the Giants win four games with the roster they run out there this year, that has to be considered a success. This just isn’t a good team and it’s going to show when they play. Back the Giants to finish under six wins and don’t be afraid to step out on this one and bet it big.

If you read the preview above you should know exactly how I feel about the Giants having any chance to make the playoffs. To make the playoffs last year it took nine wins and I could be wrong but I don’t think the NFL is expanding to everyone making the playoffs because that is the only way that they will be making it.

I think the best idea for the Giants this season is to get Daniel Jones as many reps as he can get, but this front office has proven time and time again that they aren’t very good at making forward-thinking football decisions.

If the team did decide to start Jones I could see them getting closer to that six-win mark, maybe picking up another win, but that still isn’t going to be enough to get the job done.

I don’t love laying -600 often but this is basically free money. Having a ton of money locked up a long time in the Giants not making the playoff might not be something you want to do but this might be the easiest money you’ll ever make.

The Giants won’t be making the playoffs this year.

The Redskins are expected to have a bad season and they come in at +900 so that shows you just how bad everyone is expecting the Giants to be.

To make this answer short, don’t waste your money because there is zero chance they will come out with the NFC East crown.

The better bet for this team might be (although it’s not offered) the total wins that they have inside the NFC East. If that number is set at 2 I would bet the under. They will be swept by the Eagles and the Cowboys and at best they will get one win against the Redskins.

If you have any questions about how I feel about this teams chances to win the NFC Championship read above. If the team would have had a plan in place three or four years ago to replace Manning they would have a quarterback groomed and ready to go and this season might work out differently.

Instead, they are still trying to run out Manning who is a shell of himself and it’s really hard to win a lot of games without a good quarterback.

+3500 is a tempting number until you look at the team that it is next to. Even if you want to throw a few bucks away go spend it on something else.

There will be no payback coming from the Giants winning the NFC.

My feelings on this Super Bowl bet are very similar to the NFC Championship one. This is a bad team, one of the worst in football, and it’s hard to win a Super Bowl if you can’t even make the playoffs.

Don’t waste your money it’s not worth it, they won’t be winning a Super Bowl.