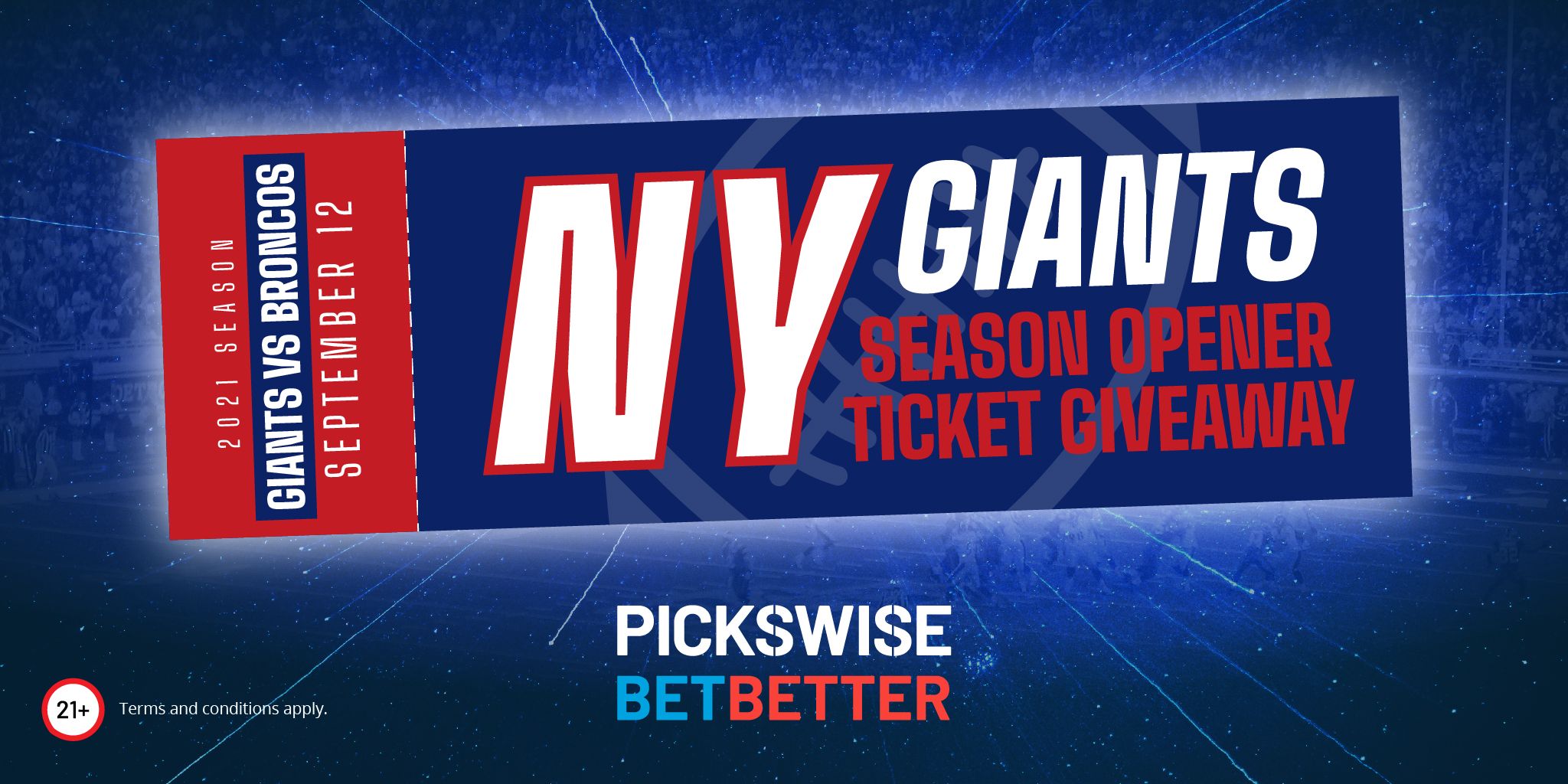 NO PURCHASE OR PAYMENT IS NECESSARY TO ENTER OR WIN. YOU HAVE NOT YET WON. VOID WHERE PROHIBITED OR RESTRICTED BY LAW. SOME RESTRICTIONS AND CONDITIONS APPLY.

ODDS OF WINNING DEPEND UPON THE TOTAL NUMBER OF ELIGIBLE ENTRIES AND YOUR SUCCESS IN THE PROMOTION. A PURCHASE OR PAYMENT WILL NOT INCREASE YOUR CHANCES OF WINNING. THE PROMOTION IS OFFERED ONLY TO LEGAL UNITED STATES RESIDENTS WHO ARE AT LEAST 21 YEARS OF AGE OR OLDER ON THE DATE OF ENTRY AND MEETING THE ELIGIBILITY CRITERIA SET FORTH IN THESE RULES. NEVADA AND WASHINGTON RESIDENTS ARE NOT ELIGIBLE. VOID WHERE PROHIBITED OR RESTRICTED BY LAW. ADDIITIONAL CONDITIONS APPLY, PLEASE READ THESE RULES IN THEIR ENTIRETY.

PLEASE NOTE THE ARBITRATION PROVISION SET FORTH BELOW, WHICH REQUIRES, EXCEPT WHERE AND TO THE EXTENT PROHIBITED BY LAW, YOU TO ARBITRATE ANY CLAIMS YOU MAY HAVE AGAINST SPONSOR ON AN INDIVIDUAL BASIS. ARBITRATION ON AN INDIVIDUAL BASIS MEANS THAT YOU WILL NOT HAVE, AND YOU WAIVE, THE RIGHT FOR A JUDGE OR JURY TO DECIDE YOUR CLAIMS, AND THAT YOU MAY NOT PROCEED IN A CLASS, CONSOLIDATED, OR REPRESENTATIVE CAPACITY.

**All third-party trademarks mentioned herein or in any advertising associated with this promotion are the property of their respective trademark owners.

A person cannot be an Eligible Entrant or winner if such person is a person (a) with whom U.S. persons or entities are restricted from doing business under regulations of the Office of Foreign Asset Control (“OFAC”) of the Department of the Treasury (including those named on OFAC’s Specially Designated and Blocked Persons List) or under any statute or executive order or (b) who is acting, directly or indirectly, for or on behalf of any such person.  All federal, state, and local laws and regulations apply. Individuals will be required to provide a valid identification and may be required to provide a valid taxpayer identification number or social security number to claim a prize. Individuals selected as Players (as defined below) will be required to provide consent to a background check in order to participate in the Game (defined below). All federal, state, and local taxes are the responsibility of the winner.

Before awarding the grand prize, Sponsor may require you to furnish proof of identification and other proof of eligibility under these Promotion Official Rules and to execute and return any required documentation, including but not limited to, an Affidavit of Eligibility, a Publicity Release, a tax acknowledgment form, and to provide other information as required to award your prize. You must execute and return all documents completed in their entirety within ten (10) business days from the date any such documents are sent to you, or you may forfeit a prize (in Sponsor’s sole discretion).  If you are found to be ineligible or not in compliance with these Promotion Official Rules, decline to accept the prize, Sponsor is unable to contact you, or in the event that a prize notification is returned undeliverable, you will forfeit a prize, and Sponsor may, in its sole discretion, select an alternative potential winner from the submissions received during the Promotion Period of this Promotion.

The right to receive a prize is non-assignable, non-transferable and no prize substitution, exchange or other equivalent will be allowed, except by Sponsor in its sole discretion.  FEDERAL, STATE AND LOCAL TAXES, IF ANY, ARE YOUR SOLE RESPONSIBILITY.

You agree to finally settle all disputes only through arbitration; provided, however, the Sponsor or Intellr Inc. shall be entitled to seek injunctive or equitable relief in the state and federal courts in New York County, New York and any other court with jurisdiction over the parties. In arbitration, there is no judge or jury, and review is limited. The arbitrator’s decision and award are final and binding, with limited exceptions, and judgment on the award may be entered in any court with jurisdiction. The parties agree that, except as set forth above, any claim, suit, action or proceeding arising out of or relating to this Promotion shall be resolved solely by binding arbitration before a sole arbitrator under the streamlined Arbitration Rules Procedures of JAMS Inc. (“JAMS”) or any successor to JAMS. In the event JAMS is unwilling or unable to set a hearing date within fourteen (14) days of the filing of a “Demand for Arbitration”, then either party can elect to have the arbitration administered by the American Arbitration Association (“AAA”) or any other mutually agreeable arbitration administration service. If an in-person hearing is required, then it will take place in New York, NY. The federal or state law that applies to these Promotion Official Rules will also apply during the arbitration. Disputes will be arbitrated only on an individual basis and will not be consolidated with any other proceedings that involve any claims or controversy of another party, including any class actions; provided, however, if for any reason any court or arbitrator holds that this restriction is unconscionable or unenforceable, then the agreement to arbitrate doesn’t apply and the dispute must be brought in a court of competent jurisdiction in New York County, NY. The Sponsor agrees to pay the administrative and arbitrator’s fees in order to conduct the arbitration (but specifically excluding any travel or other costs of participant to attend the arbitration hearing). Either party may, notwithstanding this provision, bring qualifying claims in small claims court.

The Federal Arbitration Act shall govern the interpretation, enforcement and all proceedings at such arbitration and judgment upon such arbitration award may be entered in any court having jurisdiction. All participants agree to abide by the terms of these Promotion Official Rules and the decisions of the Sponsor, which are final, and waive any right to claim ambiguity in these Promotion Official Rules. In the event any party challenges a term or provision of these Promotion Official Rules, the party hereby expressly waives any and all opportunities to recover any amount from the Released Parties relating to this Promotion or otherwise. Each participant agrees to service of process by mail or other method acceptable under the laws of the State of NY. ANY CLAIMS, JUDGMENTS AND/OR AWARDS SHALL BE LIMITED TO ACTUAL OUT-OF-POCKET COSTS ASSOCIATED WITH PARTICIPATING IN THE PROMOTION, IF ANY. EACH PARTICIPANT HEREBY WAIVES ANY RIGHTS OR CLAIMS TO ATTORNEY’S FEES, INDIRECT, SPECIAL, PUNITIVE, INCIDENTAL OR CONSEQUENTIAL DAMAGES OF PARTICIPANT, WHETHER FORESEEABLE OR NOT AND WHETHER BASED ON NEGLIGENCE OR OTHERWISE. IN NO EVENT WILL SPONSOR OR ANY OF THE RELEASED PARTIES BE LIABLE TO ANY PERSON OR ENTITY FOR ANY DIRECT, SPECIAL INCIDENTAL, EXEMPLARY, PUNITIVE OR CONSEQUENTIAL DAMAGES (INCLUDING LOSS OF USE, DATA, BUSINESS OR PROFITS) ARISNG OUT OF OR IN CONNECTION WITH ANY PERSON OR ENTITY’S PARTICIPATION IN THE PROMOTION OR OF ANY GAME OR THE AWARD OR USE OR INABILITY TO USE A PRIZE, OR ASSOCIATED WITH ANY ASPECT OF A PRIZE, WHETHER SUCH LIABILITY ARISES FROM ANY CLAIM BASED UPON CONTRACT, WARRANTY, TORT (INCLUDING NEGLIGENCE), STRICT LIABILITY OR OTHERWISE, AND WHETHER OR NOT ANY RELEASED PARTIES HAVE BEEN ADVISED OF THE POSSIBILITY OF SUCH LOSS OR DAMAGE.  Some jurisdictions do not allow the limitation or exclusion of liability for incidental or consequential damages, so the above limitation or exclusion may not apply to you. The Released Parties disclaim any liability from and in connection with the Promotion, any Game, the Website, any prize, or any component thereof.