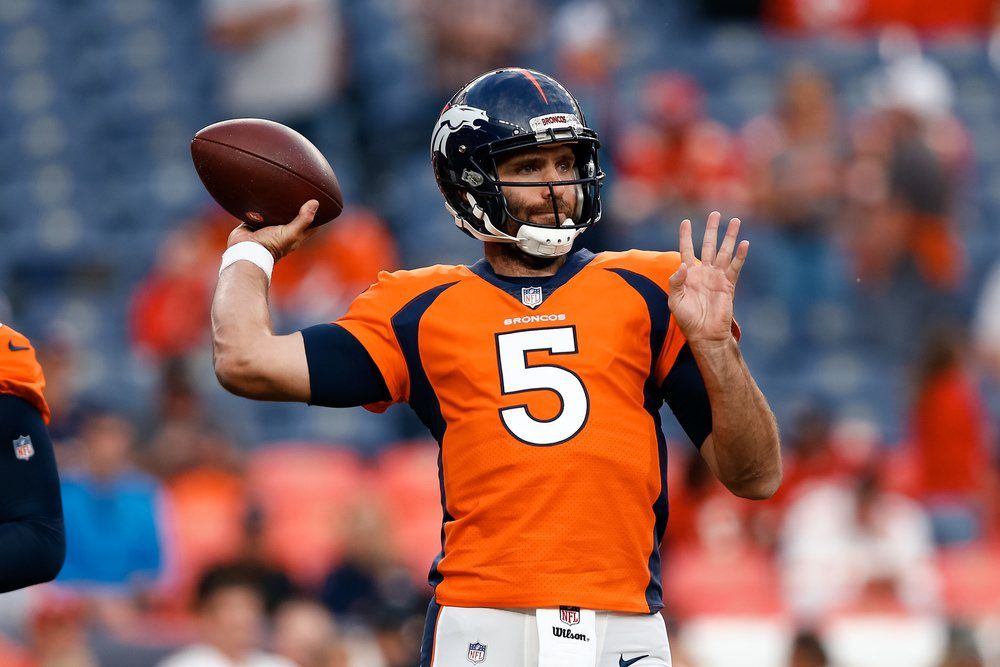 Quarterback Joe Flacco is returning to New Jersey. The Audobon native will be signing a one-year deal with the New York Jets and joining fellow QB Sam Darnold on the roster, via Adam Schefter. The veteran QB is currently coming off neck surgery which was held back in early April and should be able to get back on the field come late August. Even though Flacco will not see the field for quite some time, the Jets had to look around for a reliable backup for Darnold.

Let's see if Flacco can show Darnold that there are zero ghosts on the field. 🤣 pic.twitter.com/R5YWyq1SNS

Getting a Super Bowl MVP for the right price might do the trick for the Jets. QB Sam Darnold will be entering his third season in the NFL and has yet to play a full 16 games. Over the past two seasons, Darnold has missed a total of six games or three games each season as the Jets have fallen to 0-6 when a backup starts. When Darnold starts, it’s not much improvement as he holds an 11-15 record.

Before the Flacco signing, the Jets had the likes of David Fales and James Morgan currently in backup duty as that surely will not get the job done with Darnold were to miss time again. At least this gives a strong safety net for the Jets to have a proven veteran in the backup role. Flacco enters with the Jets holding 171 career starts and could also mentor the hopeful franchise QB in Darnold.

Flacco will also be entering the New York organization with a common friend. When Baltimore drafted Flacco back in 2008, Jets’ current general manager Joe Douglas was one of the scouts associated with the team. The once Super Bowl MVP currently holds 218 touchdowns, 141 interceptions, and an 84.1 quarterback rating to his name.