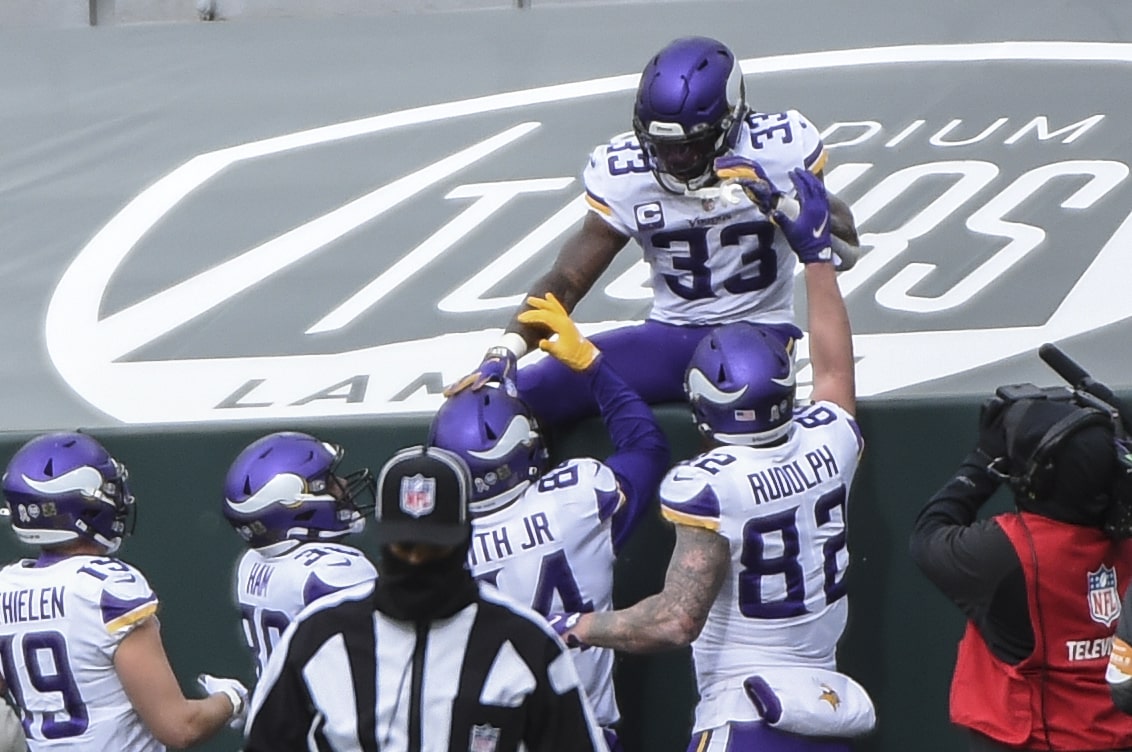 The original NFL Week 15 Monday Night Football game will be at it’s regularly-scheduled time tonight and it features what should have been an intriguing clash within the NFC North. The Minnesota Vikings are ready to do battle, but the Chicago Bears have been hit hard with a COVID-19 outbreak and are going to be fielding a very subpar defense — particularly in the secondary. The Vegas line has moved considerably in the Vikings favor over the past several days and when you are constructing your DFS showdown lineups, be sure to keep that in mind — especially when you’re looking for top players to lock in. Just don’t ignore the Bears as they have a few notables you need to watch.

Cook retuned early from his shoulder injury, strapped on a harness and rumbled towards 205 rushing yards and two touchdowns last week against the Steelers. With Akiem Hicks banged up and the Bears defense struggling with injuries and positive tests, Cook should prove to be a dominant force once again. Chicago is allowing 120 rushing yards per game with 13 rushing touchdowns allowed, so expect those numbers to rise after this game.

Not much analysis needed here as Jefferson is one of the best receivers in the game and is facing a secondary decimated by COVID. Jefferson has three 100-yard efforts in his last five game and has five touchdowns in his last six. He is easily worth the cost tonight.

The Vikings’ run defense has really diminished over the last few weeks; they have allowed 138 yards per game over their last three which has raised their season average to 129.5 rushing yards per game. They have also allowed 14 rushing touchdowns this season. Montgomery has averaged just over 15 carries per game over the last four weeks since the bye, but he’s also seen a nice boost in targets with 16 over his last two. Expect the Bears to do some early leaning on him as they wait to see if their defense holds up.

The Bears’ secondary has been ravaged by COVID which means coverage on high-end receivers should be pretty soft. The Vikings will open up run-first, as always, and allow the play-action to develop and open up the passing game. Chicago has only allowed an average of 216.5 passing yards per game but the 24 touchdowns through the air and the 106.6 passer rating opposing quarterbacks have posted should tell you all you need to know about getting Cousins into your lineups.

As improved as the Vikings secondary has gotten over the second half of the season, they are still allowing roughly 252 passing yards per game and they’ve coughed up 24 touchdowns. They also happen to be allowing the fourth-most fantasy points per game, so if Fields is starting today and he doesn’t get a late close-contact tag with Andy Dalton testing positive, he could be in for a strong effort and may be worth the contrarian play. 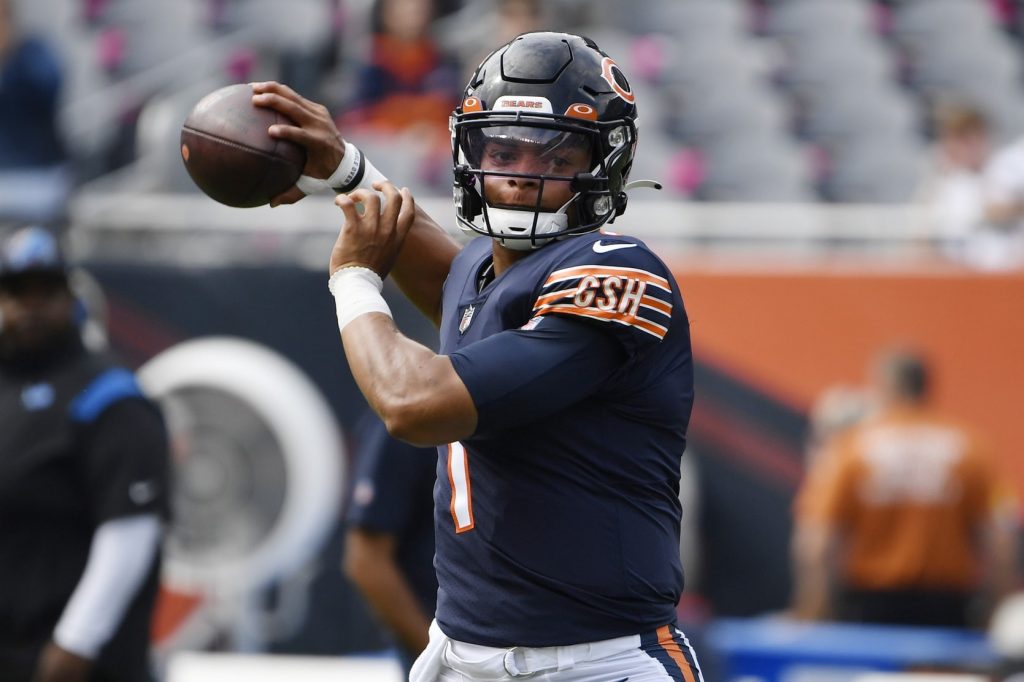 He’s the top receiving option for the Bears, Allen Robinson and Marquise Goodwin aren’t expected to play, he lines up both inside and outside and the Vikings aren’t going to be able to double-cover him because of the other mice (Byrd and Grant) running around out there. He should be heavily-targeted throughout the game.

He has 16 targets over his last two games with Adam Thielen (ankle) being out and has a touchdown in each one as well. There are reports that Thielen will be a game-time decision, so if you’re looking to add Osborn to your lineups check the inactive lists. His value takes a big hit should Thielen play, even in a limited fashion.

One of the aforementioned mice the Bears will have running around the Vikings secondary. Grant is a little guy with great speed, so he could give Minnesota some fits early on while they try to game plan against him. If he’s coming out of the slot, the linebackers are going to have some trouble keeping up, so if he sees a handful of targets he could be a sneaky play.

The other mouse in the house for the Bears is Byrd who has also seen a slight bump in targets over the past few weeks. He’s much more of a deep threat but can still go across the middle as well. He got into the endzone last week, and with Robinson and Goodwin out he could be pretty active again today.

The Bears rank 13th in DVOA against the tight end position and they’re allowing fewer than 40 yards per game to them, but with Thielen potentially on the shelf for another game he should continue to see a few extra targets. With the Bears safeties dealing with COVID and the linebackers a bit banged up, he could be worth a look this week.

The Vikings are allowing the eighth-fewest fantasy points to the tight end position, but Fields has been leaning heavily on him with 23 targets over the last three games. Rookie quarterbacks tend to lean on the pass-catchers across the middle and Kmet is a big-bodied target for him to help move the chains. We have also been fortunate to see three red-zone targets over the last two games, so hopefully tonight, he hits the end zone for the first time this season.

While the Vikings only have 16 takeaways on the season, they do lead the league with 41 sacks. Fields still has more interceptions than he does touchdown passes and he’s been sacked 33 times through just 11 games. The Vikings should grab an early lead and try to run the clock out which means fewer offensive opportunities for Chicago and a potentially low score.

He is the most aggravating dart-throw because he doesn’t see a lot of targets, he doesn’t make a lot of catches and he doesn’t rack up much in the way of yards. But he does score touchdowns and that’s the big bummer if you’re looking for more than just the one random score. Still, as a salary-saver, he does have two touchdowns over his last three games.