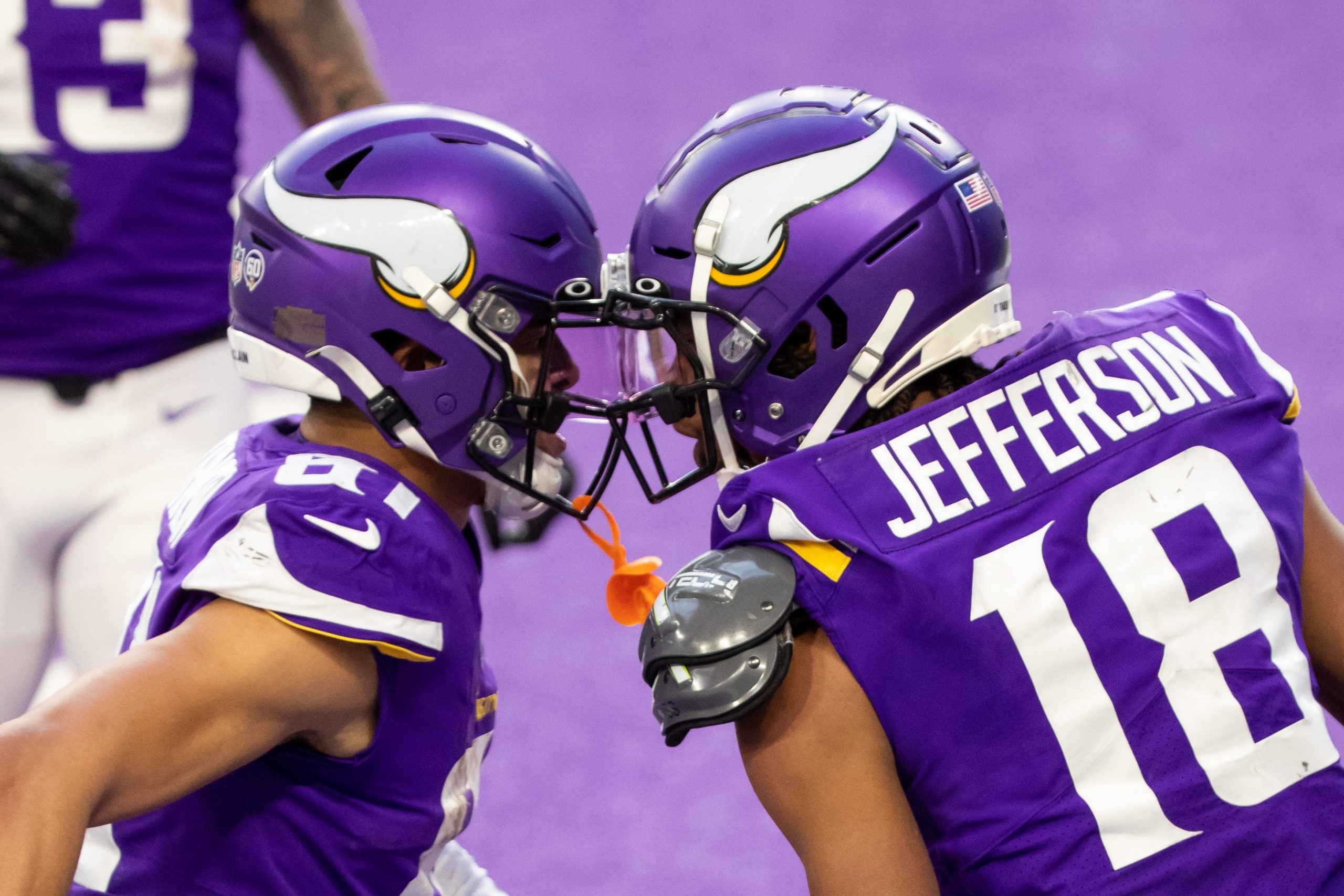 This week kicks off with a tremendous TNF matchup between two teams fighting for their playoff lives. The Pittsburgh Steelers just barely escaped with a win last week as the Baltimore Ravens failed to convert a potential game-winning 2-point conversion, while the Minnesota Vikings need to regroup after handing the Detroit Lions what could be their only win of the season. Both teams have powerful rushing attacks and both quarterbacks are veterans who love to sling the rock. So even though the game total sits at 44, we could see some surprising points scored in this one. The fact that the scoring could go in ay direction tonight should make for a very interesting showdown lineup build.

Here’s a look at who we like for tonight’s matchup.

The already troubled Steelers secondary will be without veteran Joe Haden, so Jefferson should see plenty of action. Jefferson is an obvious play in this matchup, but just in case you need some data how about 3 touchdowns in his last three games with three 100-yard efforts in his last four?

The Vikings may rank 13th in DVOA against the pass, but they have allowed the second-most passing yards (286.3) over their last three games and have allowed the fourth-most receiving touchdowns (21) on the year. Johnson have averaged almost 11 targets per game this season and has seen double-digit targets in all but two games. If the Steelers really are going to pass more as some reports have indicated, then he’s a strong captain play. 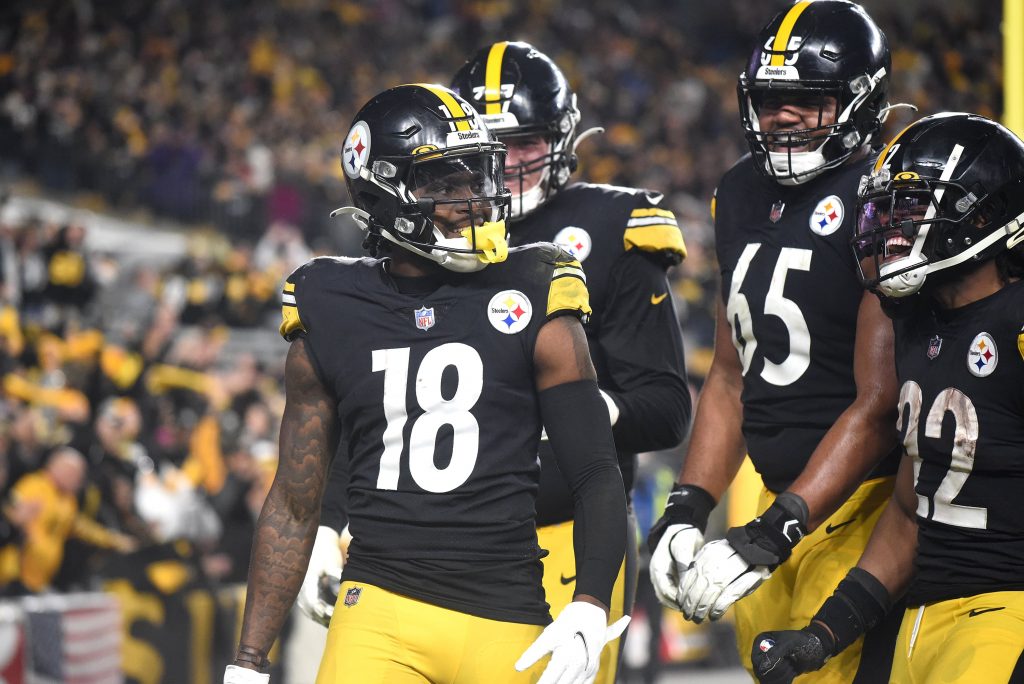 Dalvin Cook is active, which knocks Mattison out of captain consideration. If Cook is limited then I’m still bullish on Mattison, but it’s obviously a risk. If Cook is reportedly without limits, then just sub in Cook right here and take the shot. The Steelers are allowing the 10th-most fantasy points and more than 130 rushing yards per game while coughing up 12 rushing touchdowns on the year. Without their starting nose tackle, the holes up the middle should be even wider.

Things have certainly slowed down for Harris, who has averaged just under 14 carries and only 44 rushing yards per game over his last three. He’s also seen the endzone just once over his last four. Still, the Vikings have been soft against the run, allowing 131.5 rushing yards per game and have allowed 11 rushing touchdowns on the season. I wouldn’t expect a 100-yard effort, but if he can get 15 touches and finds the endzone he’ll be worth the roster spot.

Pittsburgh is allowing 233.2 passing yards per game with 17 touchdowns through the air all season. Opposing quarterbacks have posted a fairly impressive 96.3 passer rating against them, so once the Vikings have established the run and open things up via play-action Cousins should post strong totals tonight.

Big Ben loves the prime-time attention and opposing quarterbacks have been strong against Minnesota, posting a 93.1 passer rating while averaging 250.5 yards through the air. The Vikes have also given up 21 passing touchdowns. If the Steelers fall back from the run, Roethlisberger should post a strong night’s worth of stats for you.

With no injury designation coming in, Claypool could be a solid play tonight because the Vikings rank 29th against the opposition’s No. 2 wideout and are allowing just over 71 receiving yards per game to them. If Claypool can see 6 to 8 targets, he should produce against a struggling secondary.

It was Conklin who saw the targets increase when Adam Thielen went down and since the Steelers rank 17th in DVOA against the position, we’ll look to Conklin as a nice pay-down with some strong upside in a full-point PPR format.

While the Vikings have been good against the tight end position, Freiermuth is still going to see his usual red-zone targets. That upside tends to make him a strong play, especially when touchdowns are so important in a showdown contest.

He’ll take over the No. 2 job for the Vikings with Thielen out and should see some decent targets in this one. He’s usually a slot receiver but will likely stay on the outside and work against Akhello Witherspoon, who serves as the backup with Haden out.

Westbrook will see some reps out of the slot tonight with Osborn moving to the outside to play the Z-receiver role. The Steelers rank 21st in DVOA against the slot, so you could definitely get a cheap touchdown here.