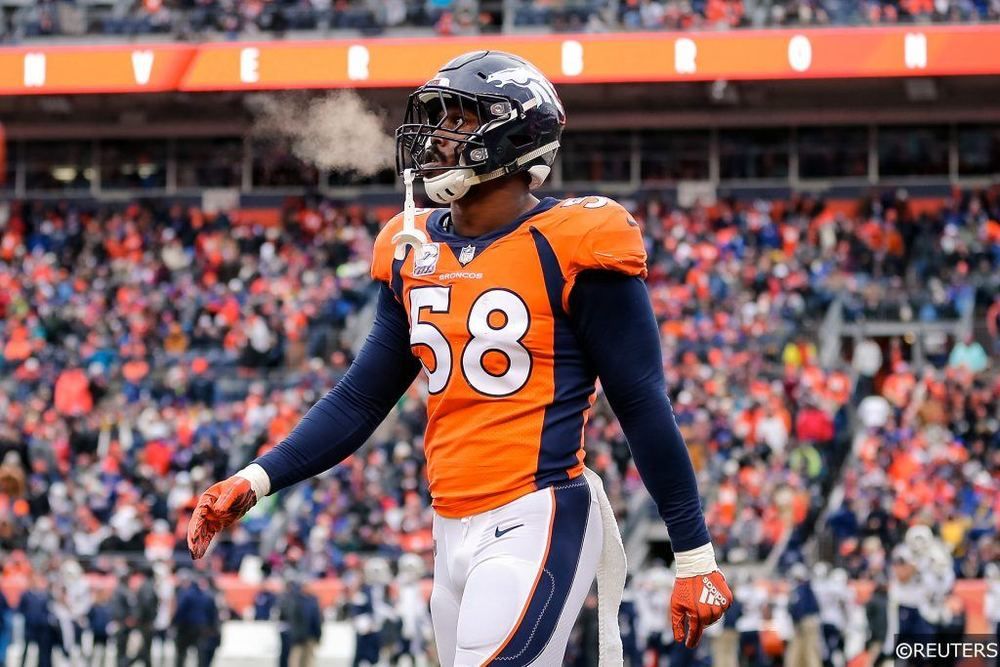 Yet another week of utter dominance on DraftKings with a score of over 180 points last week. We cashed in every cash game we entered last week, and we will once again be looking to repeat off that success. This week seems to be a little more challenging, but it’s a challenge we can handle. We will again look at players that are values as well as those we should pay up for in cash games. Let’s begin by looking at the quarterback position.

Derek Carr ($5,500) Raiders: The Oakland Raiders are playing at home in what is projected to be the 2nd highest scoring game this week. The Raiders are only an average passing team this season as they rank 16th in passing yards per game and 24th in passing yards per attempt. However, the Lions have struggled lately stopping the pass as they have given up over 300 passing yards in two straight games to Kirk Cousins and Daniel Jones. Carr is an option I love to pay down for in the match-up, and he should be able to return significant value at his salary. Paying down for Carr also allows us to pay up for key players at other positions.

Frank Gore ($4,300) Bills: The Buffalo Bills are the biggest favorites on the main slate on Sunday as they are 9.5-point favorites against the Washington Redskins. The game also has a total of 37 points, so Vegas expects the Bills to run the ball a lot in this spot. Washington is giving up 137.75 rushing yards per game, which ranks 27th in the NFL this season. The Redskins also rank 21st in rushing yards per attempt this season. Gore is value play this week at $4,300 that should return value in this spot.

Tyler Lockett ($7,500) Seahawks: The game between the Seahawks and Buccaneers is projected to be the highest-scoring game this week, and I like the Seahawks passing offense in this spot. Seattle is a 6-point favorite at home in a game that has a projected total of 51. Tampa Bay has struggled all season against the pass, allowing an average of 304.5 passing yards per game and rank 24th in passing yards allowed per attempt. Lockett has been Wilson’s go-to receiver this season, and I look for that to continue in this game, making Lockett one of the best receiving plays on Sunday.

Darren Waller ($6,300) Raiders: There hasn’t been a more significant breakout this season at the tight end position than Darren Waller. He leads the team in targets with 58 yards with 396 and has three touchdowns on the season. As mentioned earlier, the Raiders have a favorable match-up against the Lions this week. I look for Waller to have another strong performance on Sunday in this game.

Robby Anderson ($5,500) Jets: Normally, I wouldn’t target an offensive player from a team that is struggling on offense. However, this week is different as the Jets will be playing the Dolphins. Robby Anderson has been one of the few bright spots on the Jets offense this season and should be in for a monster game on Sunday. The Miami Dolphins have struggled against the pass all season as they rank 21st in passing yards allowed per game and 31st in yards per pass attempt. I look for Dam Darnold to get the Jets back on track offensively in this game and for Anderson to also play a massive part in the success on Sunday.

Broncos ($2,900): The Broncos are a mid-priced defense on Sunday; however, they should be able to return decent value. The defense has played fair lately, and this week they will be going against the Cleveland Browns. Cleveland was one of the teams that surprisingly didn’t make any moves at the trade deadline to address the poor offensive line play they have had this season. The Broncos have struggled to get to the quarterback this season. However, that shouldn’t be the case this week against the offensive line of the Browns. Baker Mayfield also struggles when he is under pressure and is suspect to turning the ball over. I look for the Broncos to be one of the better plays on defense.

Derrick Henry ($5,700) RB Titans: The Tennessee Titans have looked a lot better on offense once Ryan Tannehill took over as the starting quarterback. This week the Titans go on the road to play the Carolina Panthers in a game that has a 41.5-point total. The Panthers have struggled in recent weeks at stopping the run. Henry has also been one of the better backs in fantasy this season. I look for the Titans to rely on running the ball to beat the Panthers, and as a result, I think Derrick Henry will have a reliable performance in this game.

Danny Amendola ($4,700) WR Lions: Everyone is paying attention to the performances by Marvin Jones and Kenny Golladay over the past two weeks as they should with both players having monster games. However, what is being under-reported is the consistency that Danny Amendola has had in both of those games. Two weeks ago, Amendola saw 11 targets, which he caught eight of those targets for 105 yards. Last week, Amendola tied Kenny Golladay with eight targets. However, he caught all eight of the targets for 95 yards. The Lions have one of the best passing offenses in the NFL this season as they rank 6th in passing yards per game and 4th in passing yards per attempt. This week the Lions will be going up against the Raiders who rank 30th in passing yards allowed per game. Amendola is the cheapest of the three receivers for the Lions, even though he has been the most consistent over the past few weeks. I look for the consistency to once again show up in this spot.

Tyreek Hill ($7,400) WR Chiefs: The game between the Vikings and Chiefs is under the radar when it comes to a projected total. The game is expected to be the 3rd highest total on the main slate this week. The Chiefs were still a decent team offensively last week, even without Mahomes. This week they will take on the Vikings who have struggled lately at stopping the pass. The Vikings also lack a cornerback that matches up well against Hill. I look for the Chiefs to be hungry in this spot and to rely more on the pass in this game, leaving Hill one of the biggest under the radar plays this week in fantasy, but one that will be in our lineups.