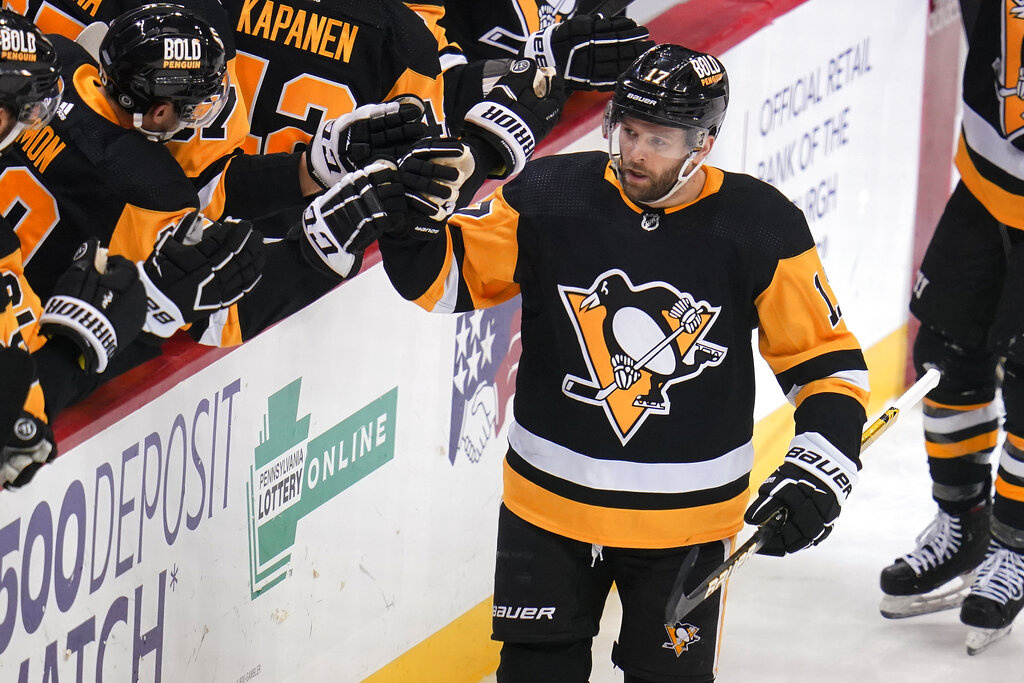 Tonight’s games represent the third-to-last night of the first round of the NHL Playoffs, assuming at least one of the Penguins, Panthers and Flames fails to clinch tonight. Another team bit the dust last night as St. Louis knocked off Minnesota in 6 games, leaving 3 Game 7s on Saturday night. Pittsburgh is the only series leader playing at home on Friday as Florida and Calgary will look to clinch on the road. A 3-game slate on Friday, Saturday, and potentially Sunday is the most we will get for the rest of playoffs. So soak it in and buckle up!

If you are looking to have action and combine some picks from these games, check out these parlay picks that have +1098 odds on DraftKings Sportsbook at the time of publishing.

Florida Panthers vs Washington Capitals over 7 (+135)

There is a pretty massive elephant in the room approaching this game in that Sidney Crosby’s status is in question. Unfortunately for the Rangers, this matchup looks good for the Penguins regardless. If Crosby is in, the Rangers are in deeper trouble. If he is out, it’s not like Pittsburgh is adjusting on the fly like they were during the game when Crosby went down. They have had time to plan. Up the middle they still have Evgeni Malkin and Jeff Carter with playoff experience consisting of a combined 5 Stanley Cups. It’s easy to forget at this point, but Evan Rodrigues was a key part in helping keep the Penguins afloat while they were decimated by injuries during the regular season. The Penguins have the depth and pedigree to withstand injuries. Ideally the injury wouldn’t be to Crosby, but their group won’t sulk over it.

Pittsburgh was about a period and a half away from taking this series in 5 games. The Crosby injury in the middle of the game threw a wrench into things. But the Penguins have battled and outplayed the Rangers for the majority of the series. They haven’t been lucky. They have just earned it. Now they return home where they comfortably won Games 3 and 4. The Penguins will rally around a next-man-up mentality like they did with Casey DeSmith and now Louis Domingue, and they can use their home-ice advantage to seal the deal tonight.

Florida Panthers vs Washington Capitals over 7 (+135)

The Capitals played a contain-and-smother game as long as they could to keep the Panthers’ high-powered offense in check. Florida finally broke through after being down 3-0 midway through Game 5. They scored 5 unanswered, taking the game total over. In the regular season, if there was anything the Caps and Panthers did well, it was score. It has been seen a couple of times in this series and should be evident again in Game 6.

After falling 2-1 behind in the series, the Flames have won back-to-back games, outscoring Dallas 7-2 to take a 3-2 lead. Calgary has outshot Dallas in every game of this series and it really hasn’t been close. The Flames have outshot the Stars 181-127 and have been slightly better on both the power play and penalty kill. These teams split Games 3 and 4 in Dallas, with the Flames outscoring the Stars 6-5. Calgary’s horses seem to have woken up in the last couple of games. They have already won in Dallas when they were down in the series and now they go back there without as much pressure.

As was the story all season, Dallas just doesn’t score enough. They had a good 4-goal performance in Game 3, but even with that they have scored an average of just 1.6 goals per game. That just isn’t going to get it done. It’s a bad matchup for their offense considering in the regular season Calgary allowed the 5th-fewest goals per game in the NHL. The Flames score the 6th-most goals per game in the league, while Dallas ranked 20th in scoring. The team strengths and weaknesses have started to show as this series has gone on and have favored Calgary. They’ll look to have this series wrapped up tonight.