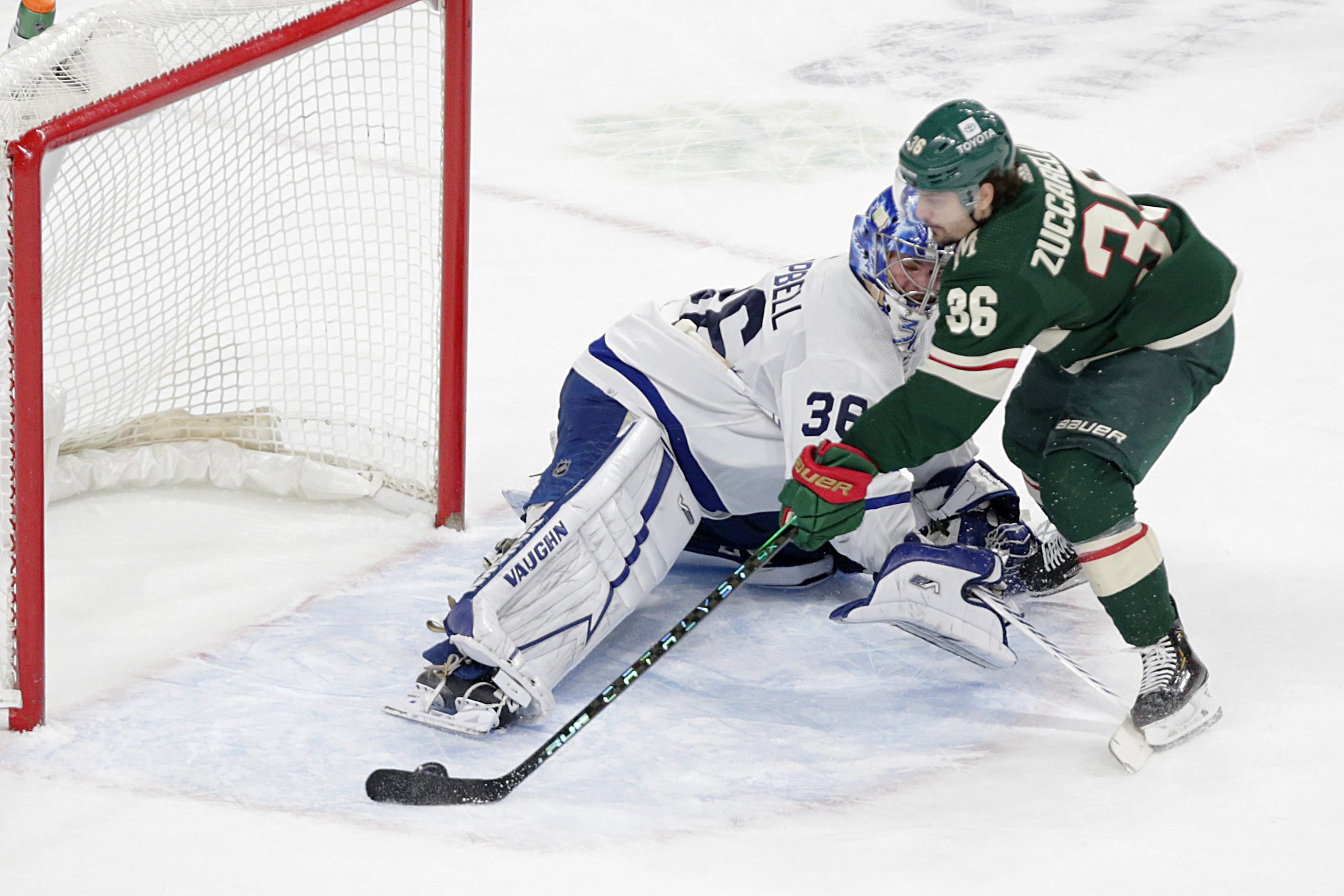 Thursday’s 8-game NHL slate brings a little bit of everything across the country — from inter-conference matchups to divisional rivalries between familiar teams making a playoff push. Included on the jam-packed slate are some games that look to be good value played together as a 3-leg parlay. The following parlay has odds of +1044 with DraftKings Sportsbook. Let’s break it down.

As good as both teams are, what could give Minnesota the edge in this matchup is more intangible. The Maple Leafs have dropped 3 straight and 5 out of their last 7. The Wild have already beat the Leafs in their lone head-to-head matchup this season. Minnesota will draw on its win over Toronto earlier this season and make the Leafs continue to feel uncomfortable in this little rut they are enduring. The Wild are a fast, skilled team and score 3.79 goals per game. They are currently the 4th-best team in the Western Conference. The pure matchup will not make it any easier for Toronto to bust this little slump. Add in the other intangible of Minnesota needing points to keep pace in the Central and it all culminates to a Wild team that will be raring to go and get a win on the road against a struggling opponent.

Both Dallas and Nashville have been pretty unremarkable offensively this season. Pair that with both sides having solid goaltending and plenty of capable defensemen and this one has the makings of a tight game with a low total. The Stars score 2.86 goals per game on average this season, which is 21st in the NHL. They score even less on the road (2.29 per game, which is 29th in the league). Dallas has scored 6 goals over its last 4 games, all of which stayed under the total. Both Dallas and Nashville find themselves in the aforementioned playoff race in the Central and/or wild card. They are also well acquainted and familiar division foes. This should be a tightly played game resulting in a lower total.

It’s no secret that Calgary is absolutely on a heater. The Flames have won 10 straight, which started with a victory over the Canucks. Of Calgary’s 30 wins this season, just 7 have been 1-goal games. On this current 10-game surge, the Flames have scored 42 goals and allowed just 15. They are pummeling opponents right now. The Flames have much better numbers head-to-head over Vancouver in goal scoring, goal prevention, special teams, shot differential, and save percentage. The Canucks have been inconsistent lately, exchanging wins and losses game after game. They are 9-7-3 since January 1 and 11-10-3 with a -1 goal differential at home this season. Calgary will not go undefeated the entire rest of the season, of course, but this matchup is one in which the Flames should keep it rolling against a familiar, inconsistent opponent.