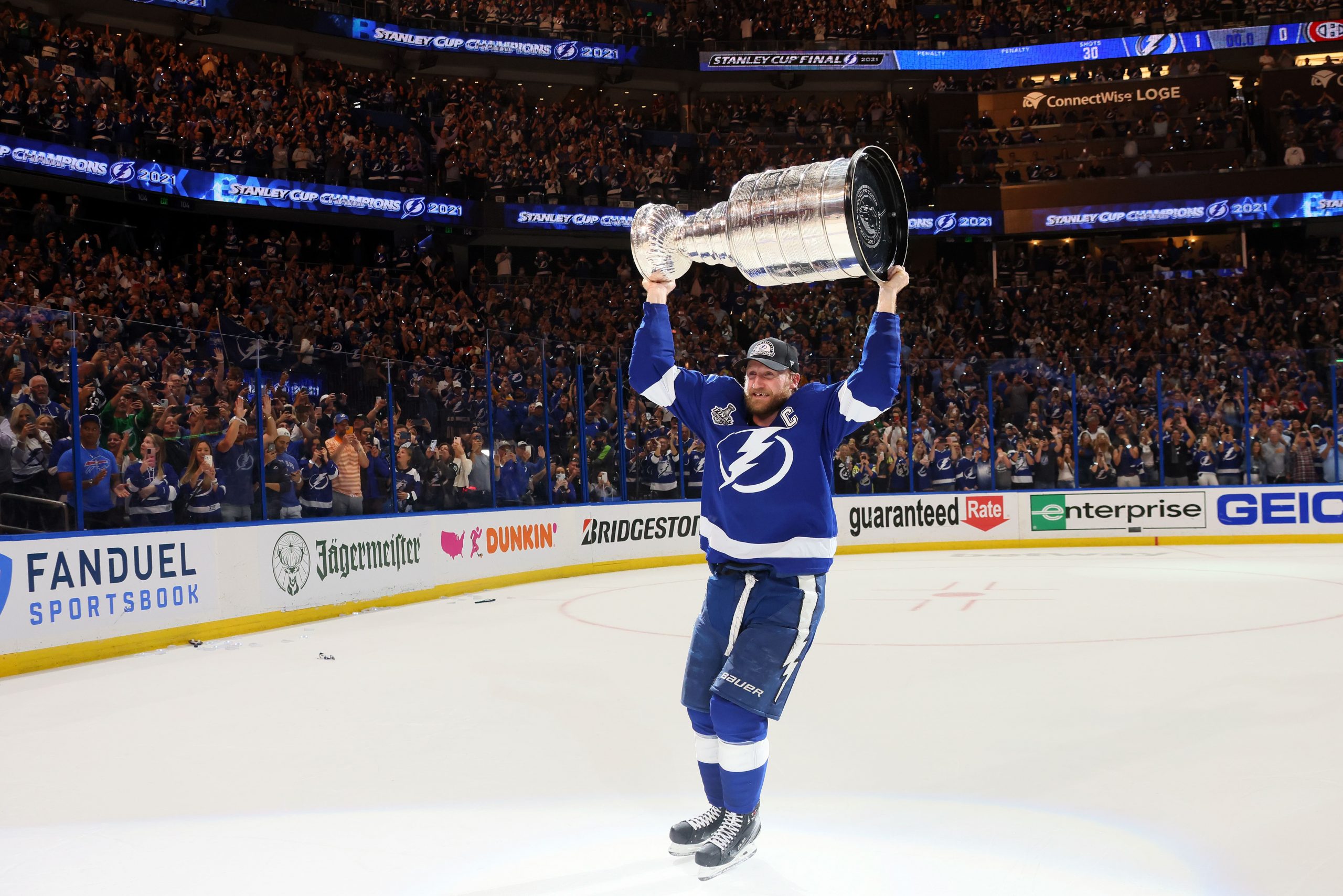 It’s been a long NHL season with plenty of excitement and disappointment alike. Whether your team is in the postseason or not, we still have 1 final slate to bet (Sunday’s random game may as well not count). Let’s enjoy it to its fullest and get a money line pick in for each game. There will be a link for each preview attached for each game. Let’s get to it!

Here is our 15-game penultimate-day parlay:

Neither of these teams have anything to play for, but the Sabres have proven to give even the best teams fits this season. The trio of Tage Thompson, Jeff Skinner, and Alex Tuch should prove too much for a Blackhawks team that traded away goaltender Marc-Andre Fleury.

The Panthers have the President’s trophy locked up as well as the number 1 overall seed. However, they are still too deep and too talented for the Canadiens. Look no further than last night’s 4-0 win even with several skaters resting.

The Rangers have the 2 seed in the Metro division locked up and the Capitals need this win to overtake the Penguins to avoid the Panthers in the first round. However, without Alex Ovechkin, Washington is not even remotely the same team and should fall in the finale.

These are 2 of the worst goaltending teams in the league. However, the Devils are missing their best goal-scorer in Jack Hughes while the Red Wings have the top 2 Calder trophy (best rookie) candidates. They should play hard for the right to that award.

The Flyers all but mailed in this season when they traded away their longtime captain Claude Giroux. The Senators are no world-beaters either, but Brady Tkachuk is at least trying to live up to his brother on the Flames and record a few more goals.

The Penguins need to rebound from getting blown out by the Oilers to ensure the Capitals do not overtake them in the standings. That will allow them to avoid the Panthers in the first round of the playoffs. They should get it done against the terrible goaltending of the Blue Jackets.

If the Bruins pull off the upset, they can possibly surpass the Lightning for seeding. The Leafs have the 2nd seed in the Atlantic division locked up. They’ll be resting Auston Matthews, Mitch Marner, and others, allowing Boston a much better chance than usual.

The Lightning were unable to secure the 3 seed in the Atlantic division last night. Now they need to beat the Islanders to avoid being overtaken by the Bruins in the standings. They should be too much to handle for New York on a back-to-back.

The Avalanche can no longer win the President’s Trophy, have injuries to worry about, and have the number 1 seed clinched. The Wild need this win to maintain home ice advantage in the first round against the Blues.

If the Blues get this win and the Wild lose, they own the tiebreaker. That will give them home ice advantage in the first round. They should be able to do so against a Vegas team that was just eliminated from the playoffs ending a disappointing season.

This will be one of the riskiest legs in this parlay. The Flames have had the Pacific division clinched for quite some time and will have a backup goaltender in net. Jets’ Kyle Connor should look to take advantage of him to try and achieve a 50-goal season.

The Stars need this win to overtake the Predators in the wild card standings. That will have them facing the Flames in the first round rather than the Avalanche. They were unable to secure this in their last game but should be able to against a Ducks teams that just wants to go back to California for the summer.

The Oilers have the number 2 seed in the Pacific division locked up. However, when you have Connor McDavid and Leon Draisaitl, you let them pad their stats as much as possible. McDavid should add to his Art Ross trophy (most points) season.

This battle of deep-sea predators is absolutely meaningless. Seattle is an expansion team that has looked the part. Timo Meier of the Sharks should be trying to get another 5-goal game on the season.

The Predators need this win to avoid being overtaken by the Stars in the wild card rankings. That would allow them to avoid playing the Stanley Cup-favorite Avalanche in the first round of the playoffs. They should be able to dodge them by beating the worst team in the league.