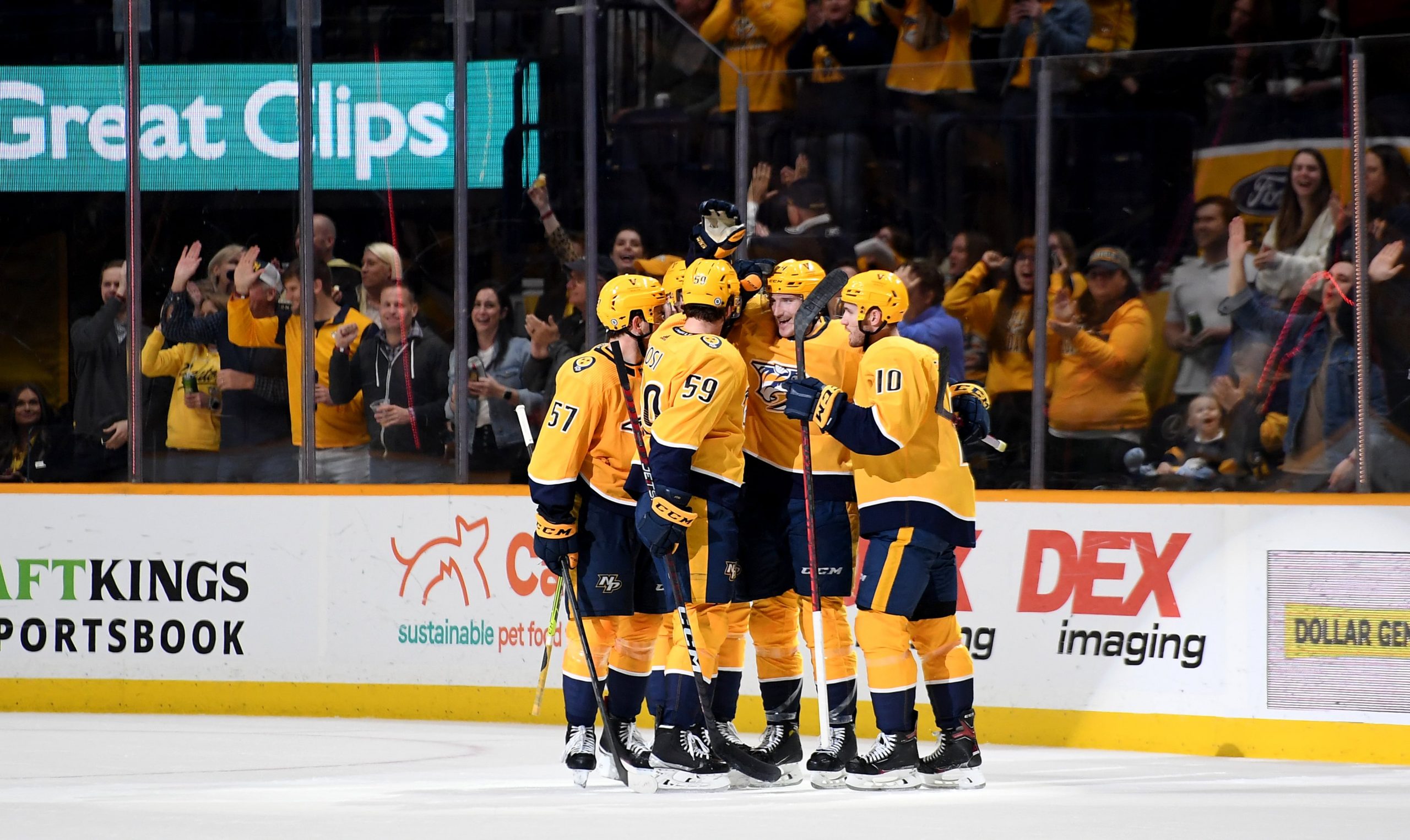 The NHL is kicking off the week with a 4-game slate on Monday. A few of the rosters will look a little bit different due to trades prior to the deadline. Some teams got much better and some called it a day on this season to set themselves up for the future. We’ll get a first look at some great players in new sweaters and some youngsters who now have a roster spot. This modest 4-game slate still has plenty to watch and bet on. If you’re looking to combine some appealing picks, check out this mega parlay that has +1027 odds on DraftKings Sportsbook:

The Bruins have been playing great hockey lately and they just got even better. Boston acquired Hampus Lindholm from Anaheim on Saturday and then extended him for 8 years. He is currently penciled in with Charlie McAvoy which is just a ridiculous D-pairing. The Bruins are rolling to the tune of 11-2-1 in their last 14 games. They have beaten Montreal in both head-to-head matchups this season by scores of 5-2 and 5-1. The Bruins outshot the Canadiens in those games a combined 82-54. Montreal has played better under interim coach Martin St. Louis. But Boston is just a plain bad matchup for this Montreal team.

Since those games, Boston’s roster has improved and Montreal’s has taken a hit all due to recent trades. Boston is a good road team, they’re playing great, and they now have even more belief in their locker room. They have already proved to be a bad matchup for Montreal this season. Burying Montreal should be business as usual for Boston in this game.

The Oilers and Avalanche are both playing great hockey. Edmonton is on a high while Colorado is just keeping up the standard they have set all season. The Avalanche enter this game with 3 straight wins, having covered the spread in each, and outscored their opponents by a combined 11-3. Edmonton is playing well too, but Colorado has been the more consistent, deep, and balanced team.

The Avalanche’s numbers at home this season are just silly. They are 17-3 in their last 20 home games and have the best home point percentage in the NHL. The Avs also have a +1.6 goal differential per home game this season. Regardless of who they are playing, anytime the Avs are plus money and at home is good value.

After the Ducks started the season overachieving and turning heads a little bit, they have come back down to earth. Anaheim is 12th in the Western Conference, tied for the most games played in the West. They all but nailed their own coffin by selling at the deadline as they dealt Hampus Lindholm to Boston for a really solid haul. The Ducks are winless in their last 6 games, but they no longer have one of their best defensemen from this season, and they will be hosting a good team in a competitive playoff race. It will be an uphill battle for the Ducks.

Nashville has beaten Anaheim in both head-to-head games this season. They outshot the Ducks in both games and outscored them a combined 7-3. The Predators have proved to be a bad matchup for the Ducks. The matchup looks even better for Nashville this time considering its decent form and deeper lineup.