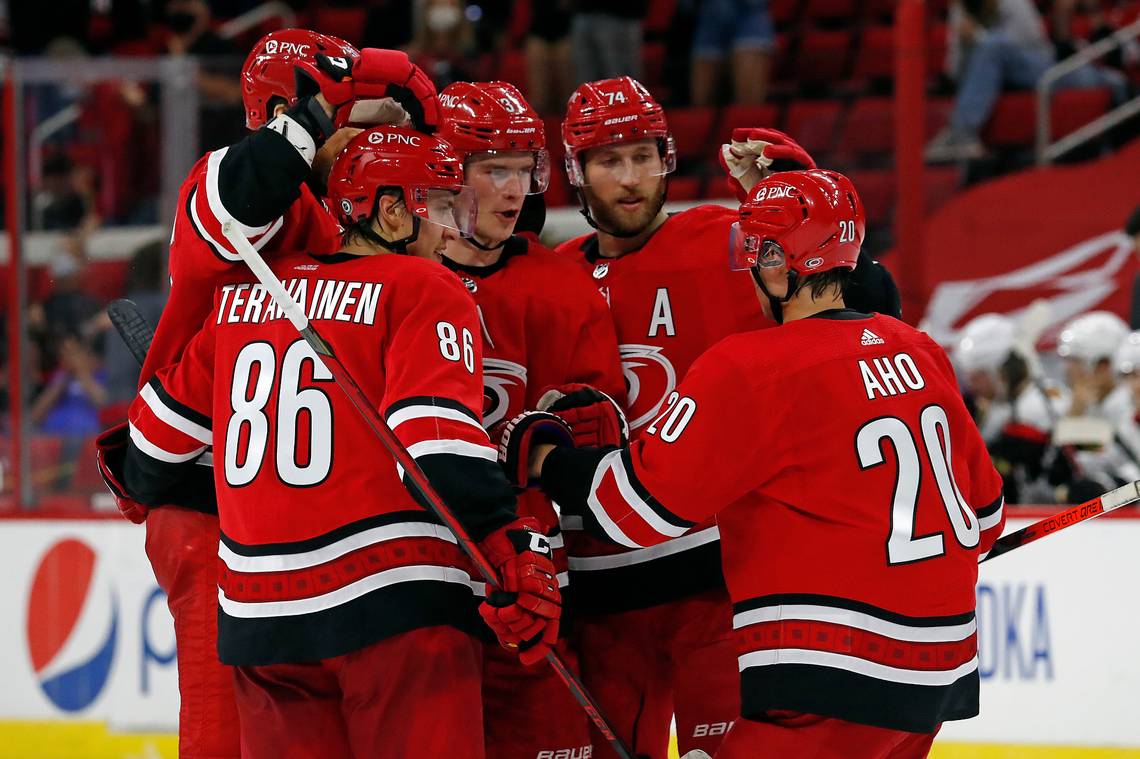 Presidents’ Day brings about a 5-game slate in the NHL with games all day long starting at 1:00 pm ET when the Avalanche play the Bruins. There are two all-Canadian matchups as well while the last game on the slate is a battle of the Pacific Northwest when the Kraken take on the Canucks.

Let’s take a look at a 3-team mega parlay for Monday’s games.

Odds available at BetMGM at time of publishing

For this mega parlay, we are looking at top teams on the puck line. Let’s break these games down one by one.

The Colorado Avalanche continue their 4-game road trip when they play the Boston Bruins, a rematch of a comeback victory for the Avalanche just under a month ago in Colorado. The Avalanche continue to be the best team in the league and are 19-1-2 since the calendar turned to 2022. This will be Brad Marchand’s last game of his 6-game suspension, with the Bruins going 2-2-1 without their star winger.

Defensively, these are two of the top teams in the league, with the Bruins ranking 1st and the Avalanche 2nd in expected goals against. However, Marchand’s suspension is big in this game as they could really use him against one of the top offensive teams in the league.  The Avalanche rank 10th in expected goals for and 2nd in goals for per game. The Bruins won’t have the offense to keep up in the game so place your wager on the Avalanche puck line.

The Carolina Hurricanes finish back-to-back games with both teams from Pennsylvania when they play the Philadelphia Flyers on Monday. The Hurricanes are looking to get a winning streak going as they have come out cold from the all-star break, going 3-2-2 in that stretch, with their last two games being wins. The Flyers are a mess, losing 4 straight, ranking 14th in the conference and surrounded by trade rumors as the trade deadline approaches.

The Winnipeg Jets start a 4-game road trip with a visit to the Calgary Flames. The Jets need points and fast as they are currently 7 points back of a wild-card spot. The Flames have been on fire lately as they have won 9 in a row, which includes the last 6 games all at home.

Offensively, the Jets are average, ranking around middle of the pack in all major offensive categories. The Flames however, rank top-7 in those same categories which includes a 3rd place ranking in expected goals for. The mediocre offense from the Jets won’t be able to crack the top-5 defense from the Flames. They rank 6th in expected goals against and 1st in goals against per game. Add on the projected starter for the Flames, Jacob Markstrom, who ranks 5th in goals saved above expected and it’s tough to see how the Jets will score. Take the overall better team in the Flames and place your bet on the Flames puck line.