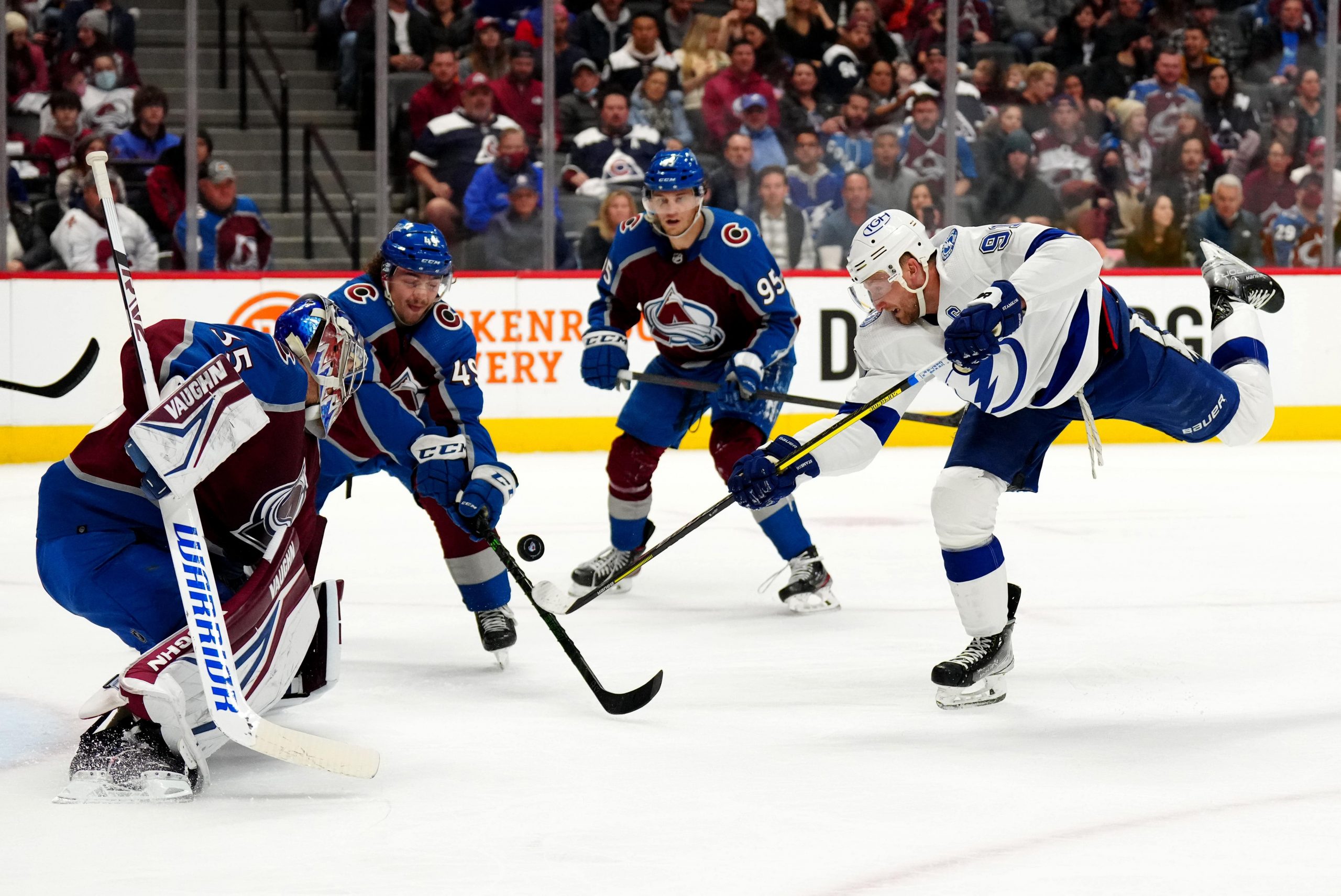 The Stanley Cup Finals will feature the Tampa Bay Lightning for the 3rd straight season. Despite falling behind 2-0 in the Eastern Conference Finals, the 2-time defending champs demonstrated the mental toughness it takes to be a winner. Meanwhile, the Colorado Avalanche have been winning so easily that they’ve been enjoying some extra rest. After losing just 2 games this entire postseason, the 2022 Stanley Cup Finals looks set to be an epic one.

Breaking down the Tampa Bay Lightning

There’s not much that hasn’t been said about the Lightning at this point. That should come as no surprise after winning a Stanley Cup, let alone 2 in a row. They’re going for something that almost feels under-appreciated. With the way things are nowadays with restrictions, money, super teams, and the like, it’s possible what we’re witnessing may never happen again. Many thought this Lightning team could never happen either.

Yet somehow, here we are. The Lightning are led by Steven Stamkos, Nikita Kucherov and Victor Hedman. The trio has been together throughout this dynasty run, and have the experience and leadership to support the role players on the team. They come up clutch in the biggest moments, just like Stamkos did with 2 goals in the series-clinching win against the Rangers. He may not have the numbers of Connor McDavid, but Stamkos has had a 60-goal season in his career. Similarly, Kucherov has delivered multiple 100-point seasons, including 128 in the season he won the MVP. As for Hedman, the massive defenseman is a Conn Smythe Trophy winner for the MVP of the playoffs. All of those accolades wouldn’t mean nearly as much if it wasn’t for goaltender Andrei Vasilevskiy.

He is widely regarded as the best goaltender in the world and deservedly so. He won the Vezina Trophy for the league’s best goalie the same year Kucherov won his MVP. Vasilevskiy has also has been a part of this dynasty run the whole way through, proving that team chemistry truly is a factor. There are an endless amount of decimal numbers that can be used for Vasilevskiy’s incredible save percentages in certain situations. However, one doesn’t have to look any further than the 2nd round of this year’s postseason. He took on the Florida Panthers, the best offensive team the league has seen in years. Vasilevskiy did not just perform well; he was other-worldly. He allowed just 3 goals in the 4 game sweep, including a shutout in the series-clinching game. He will now be facing another offensive juggernaut in the Avalanche.

By the time the teams reach the Stanley Cup Finals, just about all of the superstar names have been discussed. As for the Avalanche, their roster full of all-stars is one that has been discussed seemingly forever. That’s what happens when there’s a skater among the debates as the best in the world. Nathan MacKinnon may get the majority of the attention, but the Avalanche are a team that is far deeper than just 1 superstar.

Just about every skater on Colorado’s first 3 lines would be another team’s best player. Their only issue over the years has been injuries. MacKinnon missed 17 games this season, but still led the team with 299 shots and recorded 88 points. He also has 15 more shots than any other player in the postseason and the Avalanche have only played 14 games. Next up is Mikko Rantanen. He missed 7 games this season, yet still finished with 92 points and now has 17 points in these playoffs. This all could be done in repetitive fashion with Gabriel Landeskog, Nazem Kadri and Cale Makar. They each averaged over a point per game this season, leaving no doubt as to why the Avalanche were the Stanley Cup favorites throughout the entire season.

Makar is worth highlighting, as the 23-year-old is already taking the league by storm. He has already set a franchise record for points by a defenseman with 86, and is leading the team with 22 this postseason. The youngster has been the star of the playoffs and is averaging over 27 minutes of ice time per game. That is exactly where Makar is needed; the Avalanche do not have the same all-world goaltender as the Lightning. Worse yet is that starter Darcy Kuemper was injured during this postseason. It’s been backup Pavel Francouz in net for Colorado, who’s obviously been good enough to get them here. He’s 6-0 in these playoffs, which puts the Avs in an interesting situation. They need to decide between giving a healthy Kuemper his spot back, or if going with the hot hand of Francouz gives them the best chance to win this series.

This is where it’s time to get into some of the nuance in this series. First and foremost, the Avalanche are priced as far too great of favorites for there to be value. They may have more flashy all-star names, but the Lightning are on the verge of historic greatness for a reason. However, a series prop for a correct score or amount of games is worth the great plus-money prices. The nuance lies in the fact that both of these teams are dealing with significant injury concerns.

The Lightning have been without Brayden Point throughout this postseason and he was last year’s leading goal-scorer in the playoffs. His presence was felt to begin their series against the Rangers, and they had to make several adjustments. Similarly, Nazem Kadri had to get hand surgery after what many considered to be a dirty hit from Evander Kane of the Oilers. The former Maple Leaf is essential to their team, as he held everything together during every other skater missing time this season. What makes this even trickier is the fact that both of these teams have said that those skaters have the possibility of returning.

Therefore, the best value would be going for a number of games. This series being anything less than 6 or 7 games seems extremely far-fetched. If one were to insist on a side, the Avalanche are the deeper team. However, an interesting approach would be to wait. Colorado may come out with some rust with the extra days off, just like the Lightning did against the Rangers. The Avs may very well lose the first game of this series, which would then provide much better value on the price they would then be listed. This is a tricky final, but that also means it should be an incredible one. Be sure to monitor injury updates, and good luck!