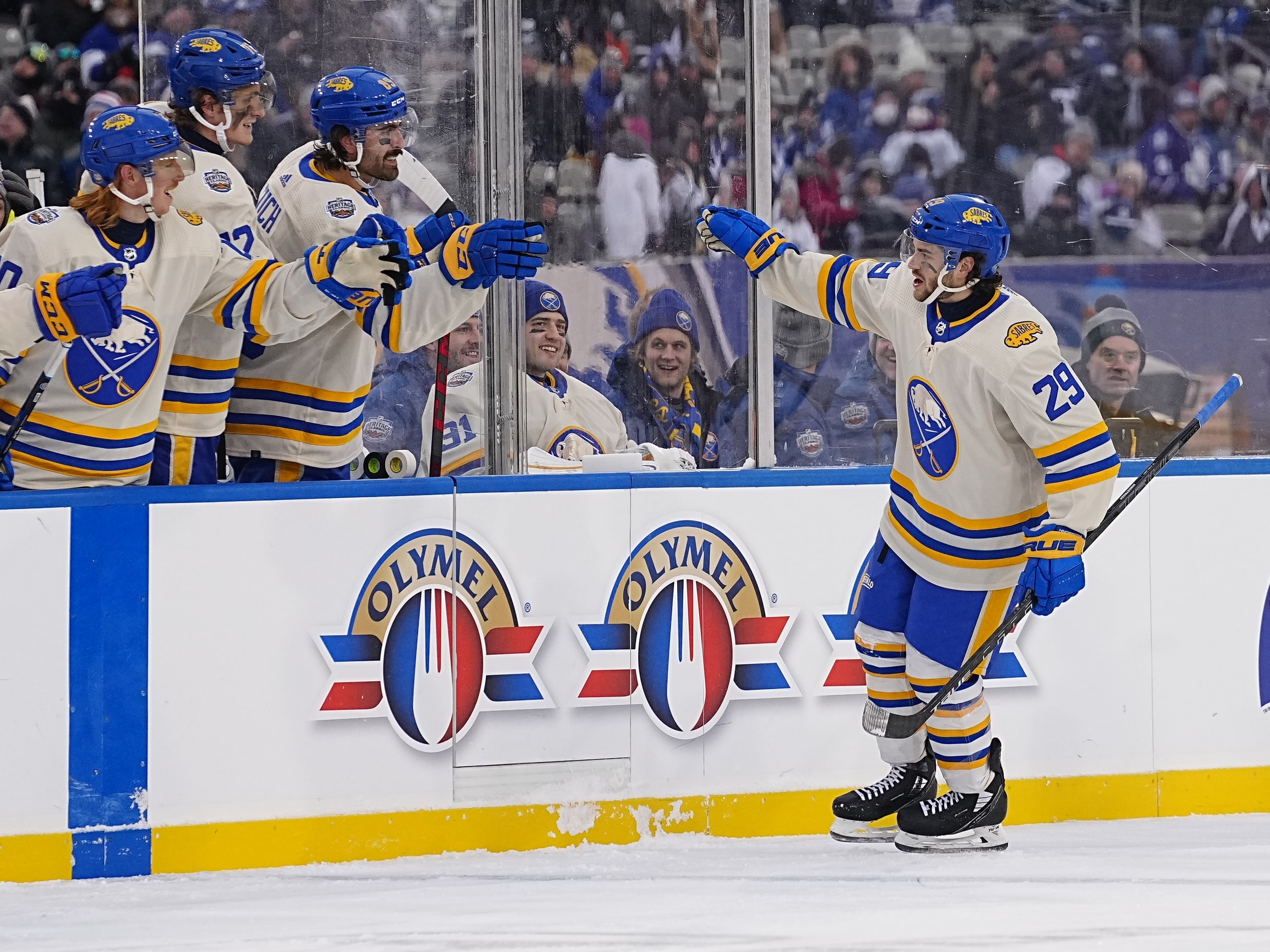 Sunday brings a modest 6-game NHL slate with some good games and good action available. With the trade deadline looming on Monday, this will be the last day we see several players in their current sweaters. There is plenty to enjoy from Ovie’s record chasing to bittersweet farewells for presumed trade chips like Claude Giroux, Jacob Chychrun, Cal Clutterbuck, and more — if they are not already gone, that is.

If you’re looking to cap off this great gambling weekend with just one more parlay, look no further. Check out this mega parlay that has +1441 odds on DraftKings Sportsbook:

Dallas Stars vs Washington Capitals over 6 (-120)

The Islanders are 6-3-1 in their last 10 games and 5-0-1 in their last 6. They have also covered the spread in 7 of their last 10 games. It’s a bit of a different story for Philadelphia, as they have dropped 4 of their last 5. The Flyers may also have some starters inactive for this game as they’re expected to trade at least one key player before Monday’s trade deadline. The Islanders are a good play regardless. But keep an eye on roster movement up until puck drop because if Flyers players begin getting scratched, this will look even better for the Islanders.

While New York generally struggles to generate offense, it has scored at least 4 goals in 5 of the last 7 games. The Islanders’ strength is goal prevention which is a good matchup for them against the Flyers’ 2nd-worst offense in the NHL. These teams have met head to head 3 times this season and the Islanders have won all 3 games in regulation. The Isles are a bad matchup for the Flyers and they’ll show it a 4th consecutive time.

Dallas Stars vs Washington Capitals over 6 (-120)

Overs have been hot for the Capitals all season without much of a lull. The under has been more prevalent for Stars games this season but lately it has been the overs that are hot. Dallas games have gone over in 3 of their last 4 games and 7 of their last 9. The over has also hit in 4 of their last 6 road games. Their goal prevention remains just okay, but the Stars have been scoring at a better clip in the second half of the season than the first half.

Washington has hit a much needed 8-game point streak going 7-0-1 in that span. They are scoring like we’re used to seeing them score led by who we’re used to seeing them led by. The over has hit in 7 straight Caps games entering this matchup. Solid play and consistent overs trends recently are a good indicator that the over will stay hot for these teams in this matchup.

Buffalo has been either very frustrating or very rewarding depending on whom it has played and how you have bet this team. The Saberes are playing a very loose, care free brand of hockey lately leading to them beating teams that they seemingly should have no business beating. The Sabres have won 3 of their last 4 and all 3 wins were over teams currently in a playoff spot. Prior to that they also had wins over Toronto and Minnesota. Toronto was good for 2 losses to Buffalo in the Sabres’ last 8 games. Buffalo has been beating good teams. This big of a number against a fringe team is great value.

The Canucks have dropped 3 of their last 4 and this will be the second game of a back-to-back for Vancouver. The Canucks are 2-5-1 this season on the second of back to back games. They are also 23rd in the NHL in home point percentage. Vancouver isn’t playing great and it is just okay at home — and it is bad in back-to-backs. Buffalo is playing well, so at +190 it has great value.