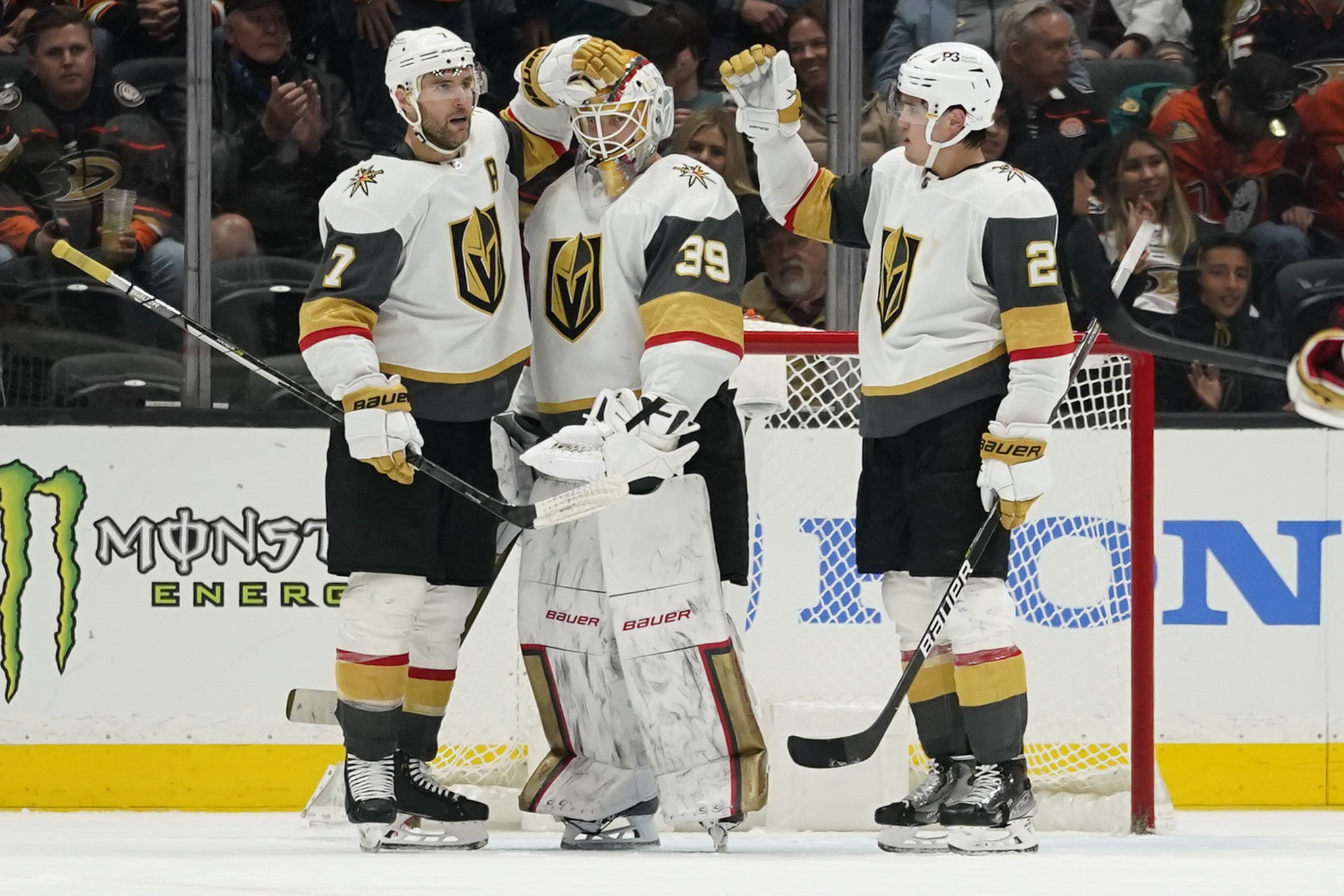 Tuesday brings an absolutely jam-packed 11-game NHL slate. Want a division playoff contender matchup? High-scoring games? How about an upset or two? This slate has a little bit of everything and will bring the heat from dinner time until bedtime. Among the action, the following picks stand out as good value played together as a 3-leg parlay. The following parlay has odds of +1374 with DraftKings Sportsbook. Let’s break it down.

The Pacific is wide open with the exception of Calgary. Vegas is in a good spot to get it done in this final month and a half of the season. The Golden Knights have been ravaged by injuries this season but have managed to stay afloat. They are safe for now in 3rd place in the Pacific but only by 4 points. Vegas needs to collect all the points it can right now, especially against beatable teams like Philadelphia.

The Golden Knights are 11-4 in their last 15 road games and are in good recent form having won 3 of their last 4 entering this game. The Flyers have 4 wins in their last 16 games and 4-12 in their last 16 home games. Vegas has more to lose and will play with more desperation. They have a good chance to collect 2 points tonight. Vegas has better recent form than Philadelphia and despite injuries, the Knights still have more horses that can take control of the game and run up the score.

Overs are hot with these teams and that really hasn’t changed much this season. The over is 6-3-1 in Colorado’s last 10 games and 7-3 in New Jersey’s last 10. Colorado has a crazy good offense that has had the foot on the gas all season. That robust offense is the main contributor to the over hitting in more than half of their games this season. That is a good matchup against a Devils team that is 26th in the NHL in goals against per game.

New Jersey is on a bit of an offensive hot streak themselves. They have scored at least 5 goals in 5 of their last 10 games. Devils games have averaged a total of 7.7 goals over their last 10 games due to both good offensive performances and bad defensive performances. Colorado game totals have averaged 7.0 goals over their last 7 games. Solid, hot offenses matched up against average at best defense and goaltending make this alternative total more appealing than the number may indicate.

The Wild have 2 wins in their last 10 games. The only thing keeping them from a 7-game losing streak is a 1-goal win over a bad Flyers team. The Rangers on the other hand come into this game with 8 wins in their last 11 games. New York has won 3 straight with a goal differential of +7 during this current streak. Being on the road shouldn’t affect the Rangers much as they are 17-10-2 with a +.17 goal differential on the road this season.

New York has much better special teams than Minnesota and the Wild are the 3rd most penalized team in the NHL. If the game gets chippy, the Rangers have a clear edge as they also have a significantly higher hits differential and blocked shot differential. The Rangers are a good all-around team that plays a heavy, defensively solid style. Minnesota is getting healthier after a few injuries, but it will be tough to pick up the win in this one.