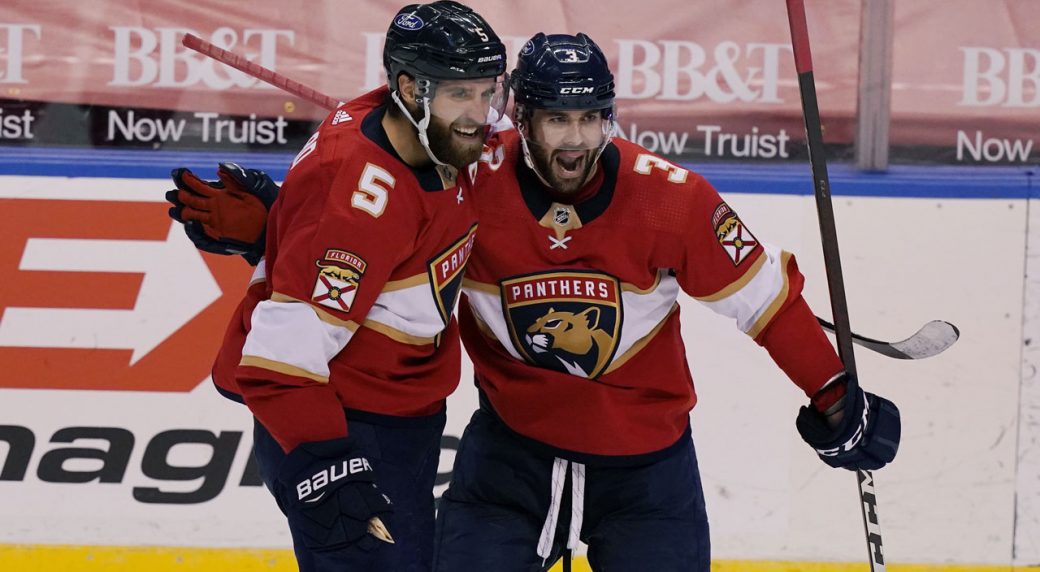 Tuesday brings us 7 games of National Hockey League action. That means we have plenty to work with putting together today’s mega parlay. Along with this parlay, don’t forget to check out our full game previews for each game on tonight’s slate. You can also follow Pickswise and myself on Twitter for plenty of betting content covering all sports.

Since the Canucks made a coaching change, they have recorded a point in every game. However, that will be put to the test starting today. All the Panthers have done since the break is go 5-0-1 and outscore their opposition 33-19 during that span. The Panthers have one of the best offenses in the league, and it gives them a huge advantage over the Canucks. The Panthers rank 2nd in goals per game and 1st in goals scored and expected goals. The Canucks rank in the bottom 10 in those same offensive categories. Defensively there isn’t a superior side in this matchup, as both teams rank around average in all major statistics. Even projected starters Thatcher Demko for the Canucks and Sergei Bobrovsky for the Panthers rank top 15 in goals saved above expected. All in all, look for the Panthers’ offense to come out and take control of the game against the middle-of-the-pack defense of the Canucks, who haven’t played since New Year’s Day. Florida should be able to win this one by multiple goals.

The Red Wings beat the Sharks a week ago by a score of 6-2, and they are looking to a repeat of that performance tonight. San Jose is down a couple of key contributors, and Detroit should be looking to take advantage. Captain and All-Star forward Logan Couture is in the league’s health and safety protocols, while top pairing defenseman Erik Karlsson is listed as day-to-day. Offensively, there isn’t really an advantage either way. Both teams rank just below average in goals scored, goals per game and expected goals. They both average around 3 goals per game in their last 3. Defensively, it is more of the same. Both teams rank around bottom 10 in goals allowed and goals against per game. The Sharks may have a slight edge as even though they rank 17th in expected goals against, the Red Wings are 28th. The Red Wings are healthier and are getting positive odds on the money line. With top players questionable to play for the Sharks, the value is on the Red Wings in this matchup.

Both the Blue Jackets and Blackhawks have given up a lot of goals this season. Columbus is allowing 3.55 a game to this point which ranks as the 5th-highest mark in the NHL. With a backup goaltender starting, it’s hard to see how that number is going to improve tonight. Chicago is allowing 3.4 goals per game, due in large part to a poorly constructed defense. The over is a combined 39-26-3 for these teams this season, which is a rate of 60%. The matchup features offenses that can struggle to score at times, but given the track records of the defenses, we can be confident in backing the over.