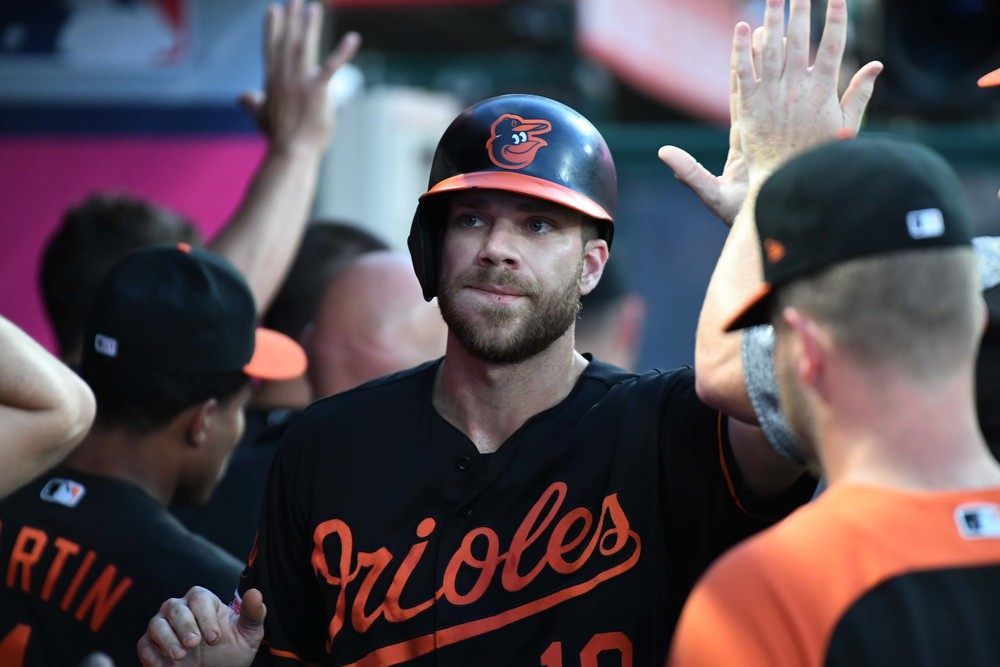 Orioles first baseman Chris Davis recently told team beat writers that he considered retirement this offseason. O’s fans almost certainly wish he had elected to hang up the cleats, as it would have absolved Baltimore of the roughly $69MM left on the seven-year, $161MM pact he signed after the 2015 season, which has already become one of the biggest albatrosses in baseball history.

Given Davis’ struggles since he signed that deal, it’s easy to forget why the Orioles offered it to him in the first place. Although the defensive metrics have never been in love with him, he certainly passed the eye test as a first baseman and ultimately became quite skilled with the glove, and he was a big help to elite defenders Manny Machado and J.J. Hardy during their tenures with the Orioles.

More importantly, of course, was Davis’ prowess with the bat. One of the game’s most highly-touted power-hitting prospects in the Rangers’ system, Davis never lived up to his vast potential with Texas and was dealt to the rebuilding O’s during the 2011 campaign as part of the trade that sent reliever Koji Uehara to the Rangers. In his first full season in the orange-and-black in 2012, Davis – who played both corner OF spots in addition to his 1B duties – slugged 33 HRs and posted a 121 OPS+. He was a driving force behind the 2012 Orioles’ surprising run to the playoffs, which snapped a 14-year postseason drought, and he even picked up a pitcher win in a memorable early season victory over the Red Sox.

He truly busted out in 2013 with an MVP-caliber campaign that saw him lead the league in home runs (53) and RBI (138). While he regressed considerably in 2014, a season that also saw him suspended for the use of Adderall, he bounced back with a vengeance in 2015 with a 47-dinger effort that once again topped all of baseball.

So while the O’s were surely concerned about Davis’ K-rate and the often quick downhill spirals that other high-power, high-strikeout batters have experienced, Davis never really fit the mold of a prototypical slugger. He was (is?) a tremendous athlete who runs and defends well for a man his size and who simply did not seem like he would be prone to the early struggles of players like Prince Fielder. Plus, the 2014 dip in performance was easily explained by the Adderall issue; he said he simply did not obtain an Adderall exemption in 2014 as he had in prior years, and when he dominated opposing pitching the following season, there was no reason not to believe him.

In 2016, the first season of his new mega-contract, he still managed a 110 OPS+ on the strength of 38 home runs, but his power numbers have sagged ever since and he managed just 12 long balls in 105 games in 2019. He continues to strike out at an alarming rate, but because he no longer profiles as a dangerous hitter, he doesn’t walk nearly enough to offset the whiffs and has been a sub-replacement level player in each of the past two seasons.

Although he is not yet truly blocking a prospect from cracking the big leagues, that time may be coming. Ryan Mountcastle, one of the top offensive prospects in the organization, looks like a future first baseman, and while the O’s want him to get some more seasoning at the AAA level to start 2020, he could be knocking on the door soon. And Trey Mancini will likely open the 2020 season in right field, but he is miscast as an outfielder and is much more valuable at first or DH. If one of Baltimore’s OF prospects forces his way to the show, that could move Mancini back to the infield and leave Davis out of a job.

But since Davis thought about retiring this offseason, maybe he will actually go through with it after the 2020 season is over if he continues to struggle. That would still clear a big chunk of money (over $50MM) off the Orioles’ books, so if they can find a way to carry Davis all the way through the season, it may be in their best long-term interest to do so, provided that he is not blocking a younger talent from getting big league experience.

Davis should always be remembered fondly in Baltimore for his critical role in the Orioles’ successful mid-decade run – the man known as “Crush” became a fan favorite during those years – and for his admirable work in the community, but his time as a player is clearly drawing to a close.