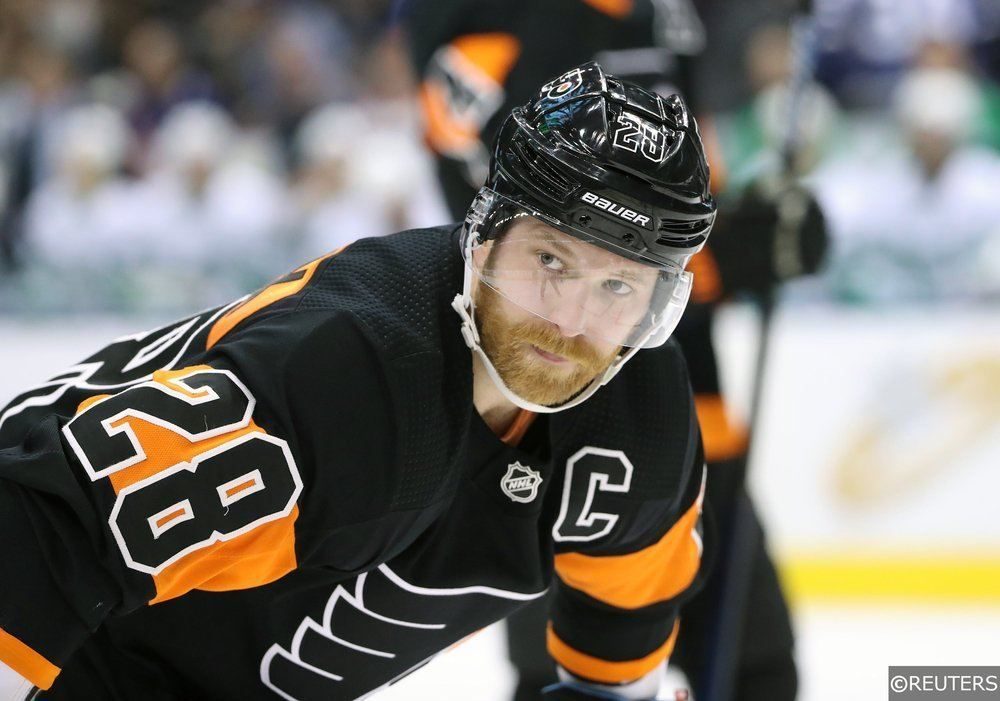 The Philadelphia Flyers are coming off an up and down season in 2018-19 as they finished 6th in the Metropolitan Division and failed to make the playoffs. The Flyers finished with 82 points last season along with a 37-37-8 record. They came up 16 points short of a wild-card birth. They were one of the best teams in the lower-tier of teams from last season. Adding in that they find themselves in one of the toughest division in NHL, and is usually very competitive much like it was last season where five of the eight teams made the playoffs. The Flyers took a step back from their playoff birth in the 2017-18 season and if the trend is to be believed should be destined for a good season in 2019-20, after making the playoffs in three of the last six seasons.

Sean Couturier led the way for the Flyers in goals finding the net 33 times last season along with 43 assists for 76 point season. Captain Claude Giroux led the team in both assists and points. Giroux finished with 63 assists to go along with 22 goals for an 85 point season. Carter Hart was the best man in net for Philadelphia last season as but only finished with 16 wins on the season.

A lot of roster moves in the offseason should shake this team-up. The Flyers added plenty of depth especially on defense adding Justin Braun in a trade with the San Jose Sharks. The middle of the Flyers looks more formidable a line-up at the center of Sean Couturier, adding in Kevin Hayes, Nolan Patrick, and Scott Laughton. The defense looks to be in great shape with the additions of Braun and Matt Niskanen. The offensive player moves may not stand out but the Flyers already seem like they are set for a better season in 2019-20.

Oddsmakers have the Flyers season point total set a 90.5. After last season the Flyers chances of reaching the 90 point mark, this season seems like a pretty reachable goal for a team looking to return to the playoffs for the fourth time in the last seven seasons. For this team to reach the NHL Playoffs they have to reach that 90-point mark, as their three playoff births in the last five seasons had 90 or more points. Their other playoff miss in the last five seasons was in the 2012-13 NHL Lockout shortened season.

The Flyers were able to combine for 244 goals in 2018-19. They weren’t very far off of what teams just ahead of them in the Metropolitan Division were able to score. They weren’t that far off of what the Columbus Blue Jackets were able to put up last season. Philadelphia played its best hockey in January and February. The best of which was during the month of February when they went 8-3-2 (6-2-1 at home and 2-1-1 on the road). The three losses for the Flyers that month was against Pittsburgh, Tampa Bay and Montreal all of which are playoff contenders year in and year out. In those losses, the Flyers stood no chance in those games. The Flyers coming up just short of the 90.5 points is a good play.

Odds to Win the Metropolitan Division: +900

The Flyers will have to overcome some really tough competition if they want to get back to the playoffs in 2019-20. They came up short last season after seeing the New York Islanders and Carolina Hurricanes make major jumps in the division race. Both the Islanders and Hurricanes made that big leap last season. Can the Flyers make that big jump this year? Time will tell but they look to have most of the pieces or enough pieces to return to the postseason in 2020. They might be able to sneak a wild card birth, but they will have to have a lot of things fall their way to even accomplish that feat.

There was a pretty marginal sized gap between the fifth-place Blue Jackets and the Flyers in sixth in the division last year. Columbus had a 16 point cushion over Philadelphia. The Flyers had a good run from the 1993-94 season up until the 2011-12 the Flyers made the playoffs every season, but since then they have only managed to make the playoffs three times. Philly hasn’t won their division since the 2010-2011 season, and once again should be avoided when picking a division winner, especially in the Metropolitan Division. Avoid the Flyers here.

The Flyers haven’t seen a trip to the conference finals since the 2009-2010 when they were able to win the Eastern Conference Championship before coming up short in the Stanley Cup. The Flyers had two respectable seasons after that loss in the conference semi-finals in back-to-back seasons. Since then their three playoff appearances all resulted in eliminations in the first round. Philadelphia could use a bounce-back in 2019-20, but their chances of even reach this level are very thin. It would take a drastic change atop the Metro Division for Philly to even be in a situation of being considered a contender. The Flyers just don’t have the power or roster to reach the Eastern Conference Finals, not yet anyway, a good start would be making the playoffs this season, and getting past the first round would be a strong showing from this team. Then they could possibly have a shot down the road. Stay far away from the Flyers.

The Flyers are two-time Stanley Cup Champions but have raised the cup since the early 1970s. They have reached the finals on six other occasions, but none since the 2009-10 season. It will take a lot for this organization to return to that level, but as history has shown, they tend to surprise when counted out. I like this team to have a better chance at making the playoffs in 2019-20 then really even be considered a contender to win the Cup. Philadelphia has a strong following and is a hungry team, but the wait will continue, avoid the Flyers.